A Man Utd forward is being linked with a move abroad, while the chances of Liverpool signing one striker are weighed up... 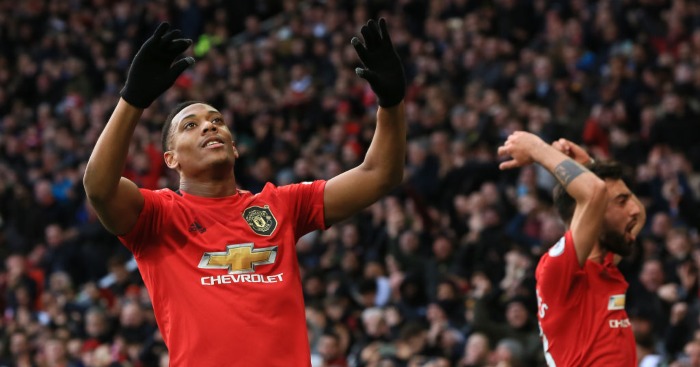 The chances of Liverpool signing Timo Werner are weighed up in one German newspaper, while a Man Utd forward is the subject of interest…

LIVERPOOL’S WERNER CHANCES
Liverpool have been given a 65% chance of signing RB Leipzig striker Timo Werner by SportBild (via Sport Witness), much higher than Bayern Munich, Real Madrid, Chelsea and Inter Milan.

The Reds have been heavily linked with a move for Werner in recent months, with reports suggesting that he has a release clause in his contract that expires this month. Indeed, Werner has made no attempts to shy away from the speculation, first revealing his admiration for the European champions before admitting that the Premier League could be an ideal next destination.

And SportBild believe that Liverpool are in ‘pole position’ to land Werner in the next transfer window with Jurgen Klopp understood to have spoken on the phone with Werner ‘several times’. The report adds that the Germany international needs to feel ‘comfortable’ at a club and Klopp’s persistance ‘will impress’ him.

INTER LINING UP MARTIAL
Inter Milan are looking at a number of options to replace Lautaro Martinez if the Argentina moves this summer, with Gazzetta dello Sport (via Sport Witness) claiming Man Utd forward Anthony Martial is on their radar.

The Frenchman, who has moments of sheer brilliance, has had his work-rate and attitude questioned on occasion, while some think he should score more goals for United. Martial has scored 64 goals in 208 appearances in his five years at Man Utd with 16 of those coming in 34 matches in all competitions this season.

It has been his best goalscoring campaign since he joined the Red Devils from Monaco in 2015 and the report admits Inter could find it difficult to lure him away from Old Trafford. Gazzetta dello Sport claims that the Italian giants have Victor Osimhen, Luka Jovic, Werner and Martial on their list of possible targets.

It looks increasingly likely that Martinez will leave the San Siro in the next transfer window with rumours of a €111m (£97.5m) move to Chelsea. Inter will need a replacement and Martial could be available for around €60m (£52m) – which seems a little on the low side.

Martial renewed his contract recently until 2025, so any Man Utd exit for the Frenchman would come as a surprise.

Arsenal, Chelsea and Everton are all attempting to sign Lille’s Brazilian defender Gabriel, who is rated at £30m…Brazil and Barcelona legend Rivaldo admits he would have loved to play for Manchester United had he moved to England…Fiorentina are unlikely to sell Manchester United target Federico Chiesa, after claiming the 22-year-old Italian does not want to move…Manchester United have joined Liverpool and Barcelona as Brazilian starlet Tete’s dream destinations, the winger has confirmed…Players in the Premier League and EFL are braced for their clubs to try and insert ‘football shutdown’ wage drop clauses into future contracts…Stan Kroenke will provide Arsenal with a major cash injection to help ease the club through the coronavirus financial crisis.