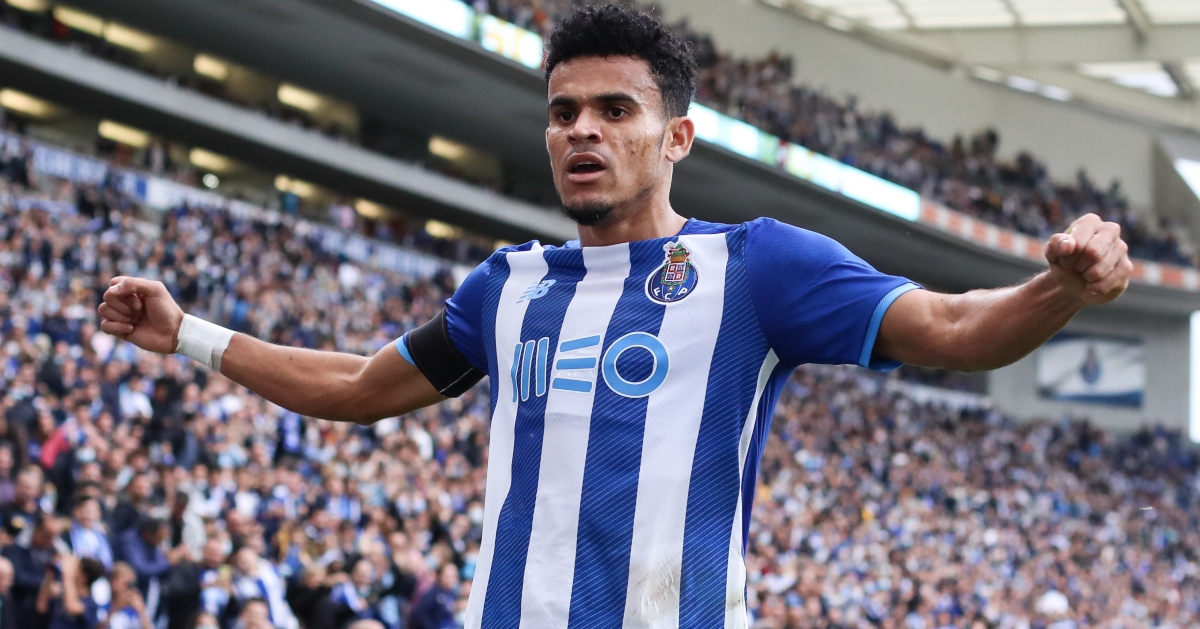 Reports in Portugal say Liverpool have beaten Tottenham to the signing of Luis Diaz, while Spurs are keen on a Bayern keeper…

That’s the headline from O Jogo in Portugal, which seems certain that the Reds have beaten Tottenham to the Colombian winger’s signature.

The Sun is saying that any Spurs move is being held up by Jorge Mendes worming his way into the deal, and Diaz’s representatives are refusing to conclude any business until the super agent steps aside.

But this report from Portugal suggests Liverpool have already done the deal.

Diaz, apparently, will cost the Merseysiders £37.4million up front, with Porto due another £12.5million in potential add-ons.

The only issue that remains unclear is whether Diaz, who has scored 14 goals in 18 appearances this season, will join Liverpool in the coming days or if he waits until the summer to move to move to Anfield.

SPURS EYE BAYERN KEEPER
Tottenham are struggling to make the necessary reinforcements this month, with Adama Traore seemingly set to join Barcelona after leading Spurs a merry dance for most of the month.

Despite securing the renewal of Hugo Lloris, Antonio Conte is also being linked with a Bayern Munich goalkeeper. Not that one.

Goal says Spurs are keen on Alexander Nubel, who joined Bayern in 2020 with the aim of succeeding Manuel Neuer. But the 25-year-old has managed only four senior appearances for the Bavarians and is currently on loan with Monaco, where he has started every Ligue 1 game this season.

PREM TRIO TRACKING LINGARD
Newcastle are also having a rough month while clubs put a Toon tax on all their players.

Manchester United seem to have done just done that over Jesse Lingard, though The Mirror suggests the Red Devils have a different reason for playing hardball over the attacker. Apparently, United are ‘petrified’ of Lingard going to St James’ Park and being a huge success, just as he was at West Ham last season.

While Newcastle flounder in the race for Lingard, Aston Villa, Everton and Leicester are apparently monitoring the 29-year-old’s situation with a view to making a move before Monday’s deadline.

YOUNG SNUBS NEWCASTLE INTEREST
Newcastle have also been custard-pied by another ex-Manchester United winger. But in Ashley Young’s case, the decision to snub the Magpies was the player’s rather than his club’s.

Young only rejoined Villa last summer but the 36-year-old penned a one-year deal which means he could be a free agent in the summer.

The Mirror says that has alerted Newcastle, who were keen to offer Young a deal through next season. Watford are also known to be interested, but Young has decided to stay at Villa in an attempt to earn an extension with Steven Gerrard’s side.

MAN UTD, ARSENAL LEARN PRICE FOR RUBEN NEVES
Another player who looks set to stay in the Midlands is Ruben Neves…

Arsenal and Manchester United have both been linked with the Wolves midfielder, with both clubs’ interest stemming from last summer.

The Sun says Wolves have set their asking price for the 24-year-old at £40million, but the club are increasingly confident of keeping Neves until at least the end of the season.