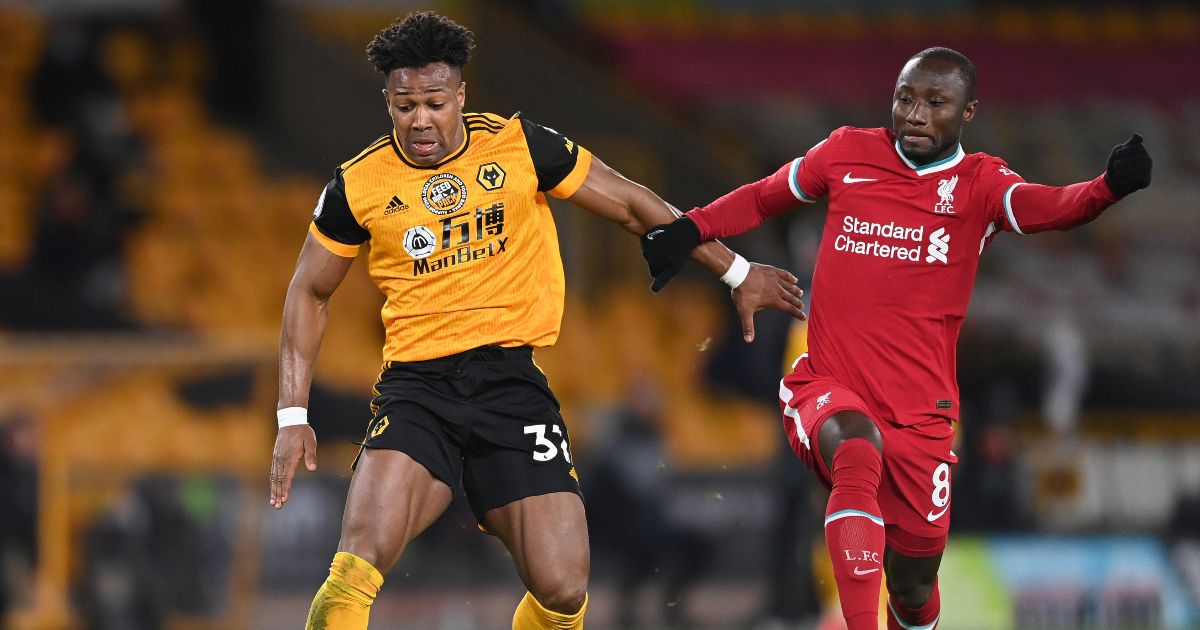 LIVERPOOL MOVE FOR TRAORE?
They call it a ‘surprise move’ but we are old enough to remember Liverpool being extensively linked with the oiled-up pace machine that is Adama Traore. Now Football Insider claim that the Reds have made contact with Wolves about the Spanish international, who the Midlands club might consider selling as he enters the final two years of his contract.

Traore struggled at Wolves last season without the injured Raul Jiminez, claiming just two Premier League goals and three assists after the heights of 2019/20, when he notched nine assists.

Liverpool had been strongly linked with Netherlands forward Donyell Malen but it seems he might be on his way to Borussia Dortmund.

INGS CAN ONLY GET BETTER
What next for Danny Ings? Well we said that every Premier League should be interested and it seems like quite a few are, with The Athletic citing Tottenham Hotspur, West Ham United and Aston Villa as having an interest. The first pair can offer European football – of a sort – but it seems that Ings is not interested.

It seems Ings ‘has his heart set on the top table’ and that means Manchester United, Manchester City, Chelsea or his old club Liverpool. If they do not step forward, he might wait a year until he is available on a free transfer, when he would be a brilliant addition for all of those clubs.

AN ARSENAL MIDFIELD UPDATE
Wednesday’s gossip was that Arsenal could buy a whole new midfield for £35m, but ESPN are here with an update: Arsenal will only be able to sign Lyon’s Houssem Aouar if they sell another midfielder first. And that means Granit Xhaka, Lucas Torreira, Ainsley Maitland-Niles or Joe Willock. Haven’t Arsenal got a lot of midfielders?

Lyon want just £21m for Aouar and he is said to be interested despite a lack of European football, so that’s excellent news for the Gunners. As is the fact that Albert Sambi Lokonga does appear to be on the verge of a £15m move from Anderlecht.