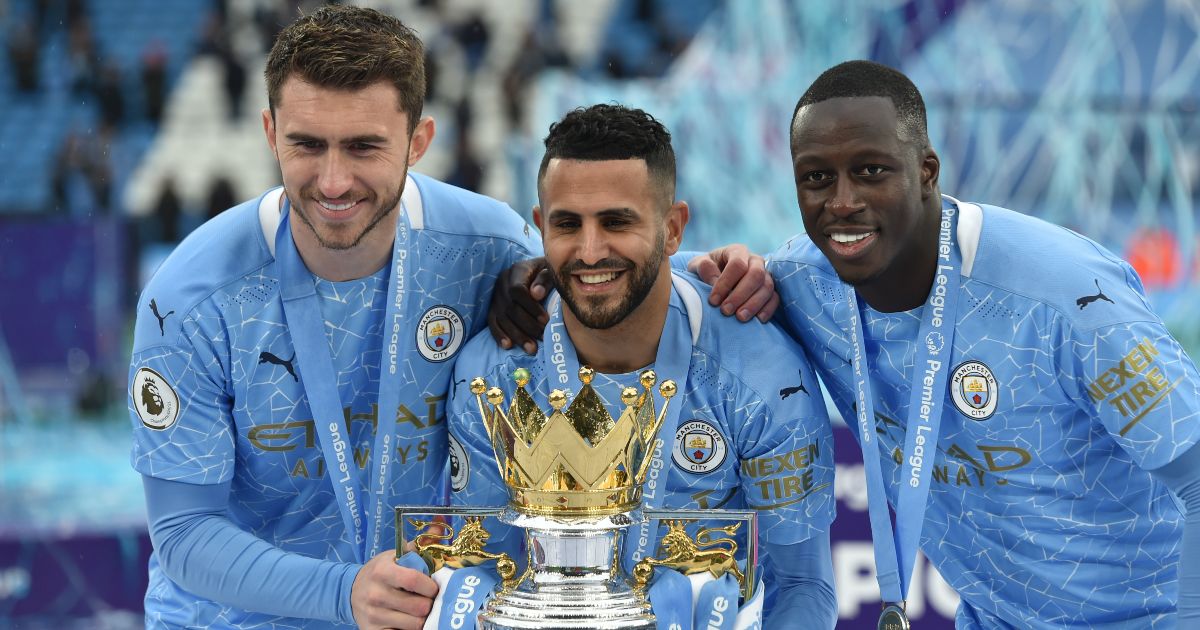 Barca could sign four Man City players this summer. But they’ll have to offer him a player in exchange for Aymeric Laporte…

CITY TO BE OFFERED PART-EX DEAL FOR LAPORTE
Barcelona have already taken one centre-back off Manchester City this summer. Now they are sniffing around Aymeric Laporte.

The Catalans signed Eric Garcia last week on a free transfer while also signing Sergio Aguero. Sport reckons they are keen on sealing a City hat-trick by taking Laporte to bolster their backline.

The obvious difference: Laporte isn’t a free agent, and Barca are drowning in debt. So they could offer Pep Guardiola a part-exchange deal including Sergi Roberto.

BARCA TO LOSE ANOTHER FREEBIE?
Barca are shopping predominantly for freebies this summer, with Garcia and Aguero already signed up. They wanted Georginio Wijnaldum but appear to have been gazumped by PSG.

Apparently, the Parisians nipped in with an offer worth double the salary Barca had put on the table for the Holland midfielder. Fabrizio Romano says Barca aren’t going to bother with a counter offer.

Barca could have a similar problem with Memphis Depay. The attacker is in the final days of his Lyon contract and a move to the Nou Camp appeared to be on the cards. But Mundo Deportivo has warned that Juventus could use a similar tactic to that employed by PSG to land Wijnaldum.

FERNANDINHO COULD FOLLOW AGUERO AND GARCIA
There is one free agent Barca haven’t been linked with. Until now…

Fernandinho is just over three weeks from the end of his City deal and Marca reckons Barca could make a move for the Brazilian now Wijnaldum has apparently opted for PSG.

But Barca might want to brace for disappointment once more. There is still a possibility that Fernandinho could recommit to City as he looks to remain in England.

VILLA WARNED OFF WARD-PROWSE
James Ward-Prowse caught the eye for England on Sunday night. Which will have come as no surprise to Aston Villa…

The Villans are reported to be planning an offer for Ward-Prowse just as soon as Emi Buendia completes his club record move from Norwich.

But Villa may be p*ssing up the wrong tree. The Daily Mail says Southampton have labelled Ward-Prowse ‘not for sale’, while Talksport says Saints aren’t expecting an offer for their captain, nor would they entertain one.

ARSENAL’S PRIORITY AFTER BUENDIA BLOW
Villa’s move for Buendia seems to have caught Arsenal on the hop.

The Gunners have been linked with the Norwich star for the last year but their indecision has let Villa in.

So instead Arsenal have been rumoured to be interested in Ruben Neves, but football.london reckons their priority is to bring Martin Odegaard back to the Emirates, either on loan or in a permanent deal.

Arsenal are also being linked with a move for Kieran Trippier, with Atletico Madrid set to be offered Hector Bellerin in exchange.