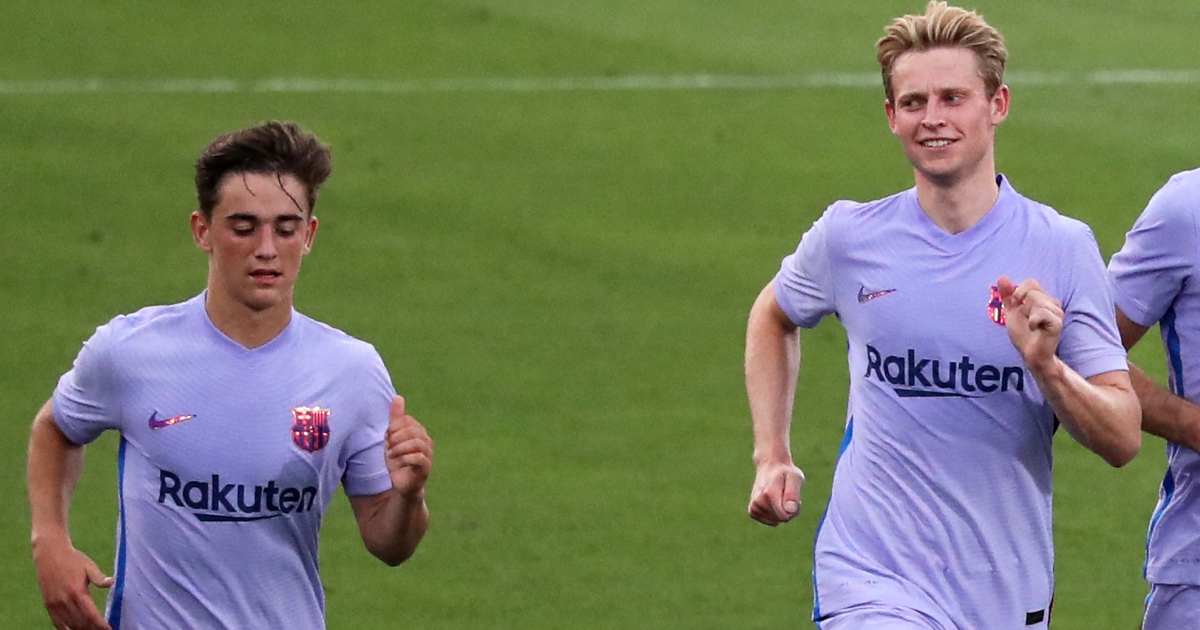 Man City and Chelsea are keen to take a couple of stars off Barcelona’s hands, while Arsenal and Tottenham are being linked with midfielders…

CITY CLOSING IN ON HOLLAND MIDFIELDER
Much of the Gossip of late has been centred around Barcelona and their pursuit of dozens of star names despite having 27 pence to spend in January. This morning, though, there are whispers about a couple of potential Nou Camp exits, with Premier League clubs waiting to pounce.

Manchester City have held a long-term interest in Frenkie De Jong. Pep Guardiola was keen on the Holland midfielder when he moved from Ajax to Barca in 2019 and the City boss still wants the 24-year-old.

There was talk of Raheem Sterling being involved in a part-exchange but El Chiringuito says City are closing in on a £75million cash deal. The Sun, however, reports that City sources have said there is no interest in De Jong at this time.

The 17-year-old has broken into the first-team at Barca and has already been capped by Spain. The Catalans are discussing a new deal with the teenager but The Sun reckons Chelsea are ready to pounce.

Until Barca tie him down to new terms, Gavi’s release clause is set at £42million.

But the midfielder seems likely to follow in Pedri and Ansu Fati’s footsteps by signing a new deal that will increase that clause to something daft like £840million.

Spurs are said to be keen to sign England goalkeeper Jordan Pickford, while they are also being linked with a Bayern Munich star.

Kicker says Conte wants to bring Corentin Tolisso to north London. The 27-year-old is in the final year of his contract and will become a free-agent next summer.

But Spurs will have competition from Inter Milan, assuming Tolisso isn’t tempted to recommit to Bayern.

Le10 Sport claims the Gunners have made contact with Renato Sanches’ representatives ahead of the January window.

Sanches has rebuilt his reputation at Lille after flopping with Bayern Munich and while on loan at Swansea. Wolves have also been linked with the Portugal international,