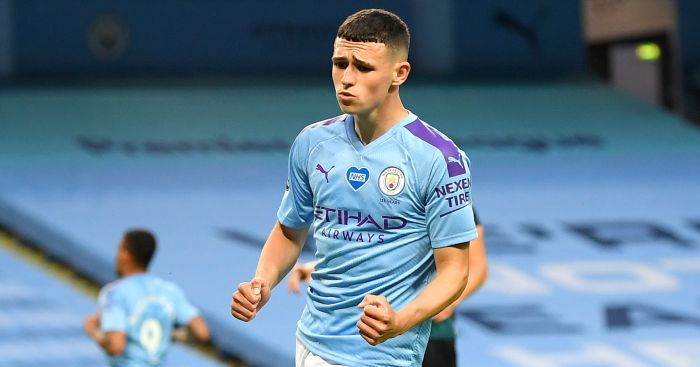 Phil Foden’s influence on Manchester City has increased significantly in the last six months or so. And Pep Guardiola is keen to reward him and ward off other potential suitors.

The 20-year-old signed a six-year contract back in July 2018 worth around £25,000-per-week and looks set to treble those wages if he signs a new contract, reports the Daily Star.

The report claims the club are ‘quietly confident’ that the improved terms, as well as significant bonuses, including £9,000 a win, will convince Foden to sign early next year.

The son of former Juve and Barca star Lilian, Thuram Jr has impressed since moving to the Bundesliga side from Guingamp for £10million in the summer of 2019.

He’s scored 17 goals and 14 assists for ‘Gladbach and the European giants are now circling.

Juventus and Barcelona are interested, along with Manchester City according to Bild, with Pep Guardiola looking for a long-term replacement for Sergio Aguero.

West Ham have apparently got cash to burn. They were looking to land a striker in the summer but failed to get a deal over the line. They’ll look to remedy that in January, claims The Sun.

Moussa Dembele, linked to every Premier League club lacking firepower in the last 12 months or so, including Manchester United and Chelsea, is that man.

The Frenchman is said to be frustrated at Lyon, spending more and more time on the bench for the Ligue 1 side, and is eager to give the Premier League a go.

The Hammers are a little light up top, with Antonio impressing but Sebastian Haller continually struggling.

The report claims £30million will be a good starting point to pique Lyon’s interest into selling their striker, though it’s thought that could rise significantly with bonuses.

Beckham wants Sergio Ramos at Inter Miami… Romero allowed to leave United in January… Southampton in for Austrian winger Balic… Arteta has ‘no regrets’ over Martinez… Leverkusen denied talks with United over Diaby.