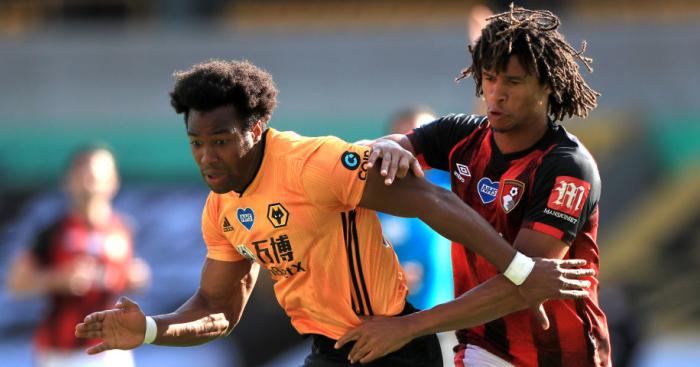 Man City are making headway in their defender search, while Liverpool know how much Brighton expect for one of theirs…

Close to the top of it, as it should have been a year ago, is the need to find a centre-back fit to partner Aymeric Laporte. City have been heavily linked with Kalidou Koulibaly – last week it was reported that the Napoli defender felt it a strong possibility that he’ll end up at the Etihad next season – but Pep Guardiola has other irons in the fire.

The Athletic reckons City have discussed a part-exchange deal with Bayern Munich that would see David Alaba bring a load of cash with him in return for Leroy Sane but apparently the Bundesliga champions feel the Austria defender is too important to lose this summer. Borussia Dortmund’s Dan-Axel Zagadou has also come under consideration, but David Ornstein suggests City are making most progress with Nathan Ake.

The Bournemouth defender will surely be up for grabs if and when the Cherries are relegated and it is claimed ‘early discussions have taken place’. Chelsea’s interest hasn’t died either, but City appear to be at the front of the queue.

Read: Champions League qualification: why they will, why they won’t…

NEW JACK CITY
The Sane issue also needs sorting as a matter of urgency. It seems increasingly likely that the Germany winger won’t sign a new deal so with exactly a year left on his contract, City will have to sell unless they want to risk losing a major asset for nothing next summer.

They’ve made it clear to Bayern that they won’t be anyone’s patsy and if The Telegraph is right, City will want top dollar to fund their splurge on a replacement. Because it seems Pep is particularly keen on Jack Grealish.

The City boss needed little encouragement to gush over Grealish prior to the Carabao Cup final – “I’m a big fan of him,” Guardiola said – and it matters not that the Aston Villa captain is a different type of player to Sane. Grealish’s ability to operate centrally as well as wide is seen as a major plus.

The prospect of a bidding war between City and Manchester United would certainly suit Villa if they tumble back into the Championship.

Read: Jack the lad – how much is Best-esque Grealish worth?

REDS AND WHITE
Coming the other way are likely to be Leeds. But Ben White probably won’t be with them.

Brighton are highly unlikely to sanction another loan move for the centre-back, who has been one of the Championship’s best performers this season. If they cannot use him, then there are plenty of clubs willing to buy him.

Liverpool are among the 22-year-old’s suitors. The Reds’ scouts have kept a very close eye on White this season and their interest hasn’t escaped Brighton’s notice. Football Insider says the Seagulls have made it known that they want £35million for the defender who has played every minute in the league for Marcelo Bielsa this term.

AND THE REST
Chelsea are ready to sign Angel Gomes when the youngster walks away from Manchester United upon the expiry of his contract today… Gomes also has offers from abroad, with Hamburg, Benfica and Valencia said to be leading the chase… Newcastle and Arsenal are among the Premier League clubs keen on Wolfsburg striker Wout Weghorst… Newcastle are also monitoring Thomas Robert, the 19-year-old son of Laurent Robert currently playing for Montpellier… Southampton are eyeing Arsenal forward Folarin Balogun… Chelsea targets Andre Onana and Nicolas Tagliafico have both been told they can leave Ajax.