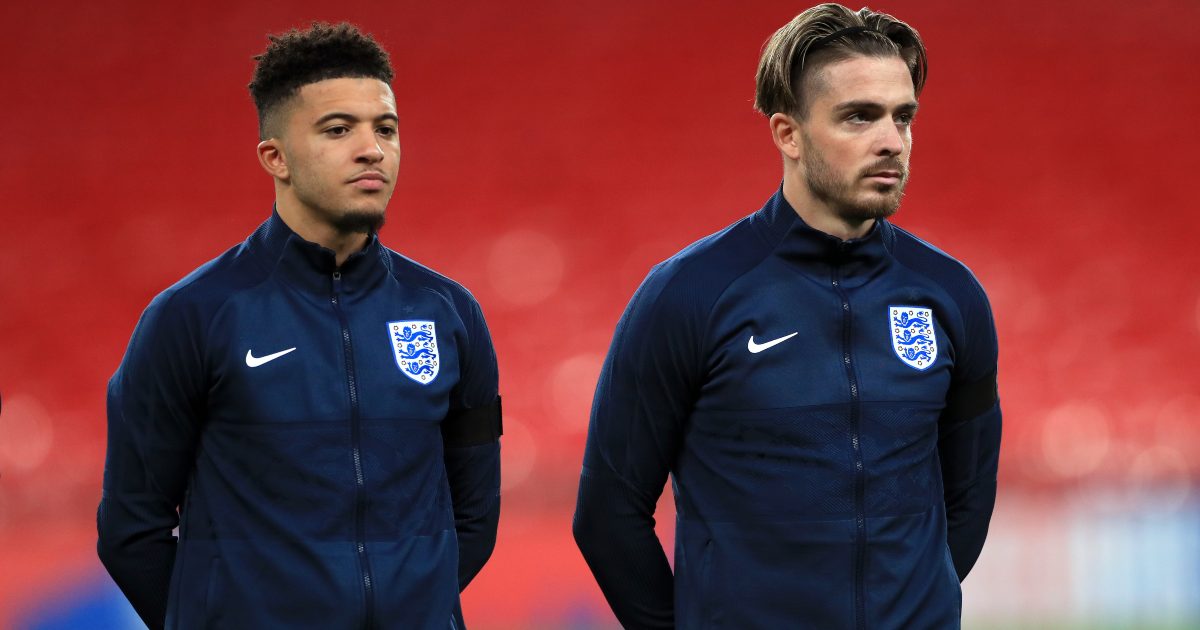 The Gossip carries whispers over £250m, £150m and £80m deals for City, Chelsea and United respectively…

CITY CONFIDENT OF GREALISH DEAL
There’s nothing new in Manchester City’s desire to sign Jack Grealish and Harry Kane. But the latest whispers suggest Pep Guardiola fancies his chances of landing both England stars this summer.

City need a replacement for Sergio Aguero and Guardiola wants Kane to fill that particular void. But ESPN reckons the City boss sees the signing of Grealish as just as important as landing Kane.

Grealish is valued at around £100million by Aston Villa and Manchester United are keen. But the belief at City is that they are in pole position to land the 25-year-old.

City have been buoyed by Villa’s deal to sign Emi Buendia, with Guardiola supposedly salivating at the prospect of Grealish teaming up with Phil Foden.

UNITED GET SANCHO BOOST
So what about United? The Times reckons they are getting close to countering with the signing of Jadon Sancho.

It seems Borussia Dortmund’s resistance is waning, with the German club supposedly lowering their valuation.

It will now take £80million plus add-ons to take Sancho to Old Trafford, with the England winger having already agreed personal terms with the Red Devils.

CHELSEA CONFIDENT OF HAALAND DEAL
Dortmund are trying harder to keep hold of Erling Haaland – or they are at least trying to offer that impression.

Haaland’s price will plummet next summer to £68million as part of the contract he signed upon moving to Dortmund but that isn’t affecting the club’s public stance. Their current valuation remains in excess of £150million.

Which Chelsea will be aware of since they have apparently made contact. Jan-Aage Fjortoft reckons the Blues are ‘confident’ they can find a solution.

The Telegraph reckons that may involve Tammy Abraham. Apparently Chelsea have checked to see whether Dortmund may be interested in a striker Thomas Tuchel doesn’t rate in a part-exchange deal.

The Italy keeper is in the final weeks of his contract at AC Milan after the Rossoneri opted to sign Mike Maignan rather than cough up the salary demanded by Raiola.

PSG, Barcelona and Juventus are keen, but all currently have established No.1s entrenched in their goal. For Barca and Juve, that’s a problem. Neither can afford Donnarumma without shifting Marc-Andre ter Stegen or Wojciech Szczesny respectively.

PSG can pay Donnarumma and Keylor Navas. According to Sky Italia, Donnarumma has received an offer worth £10.3million per year – plus add-ons – for five years. Unless Joan Laporta suddenly starts sh*tting euros, the keeper will undergo a medical for PSG this week.

What then? Does Donnarumma become PSG’s cup keeper? Not likely…