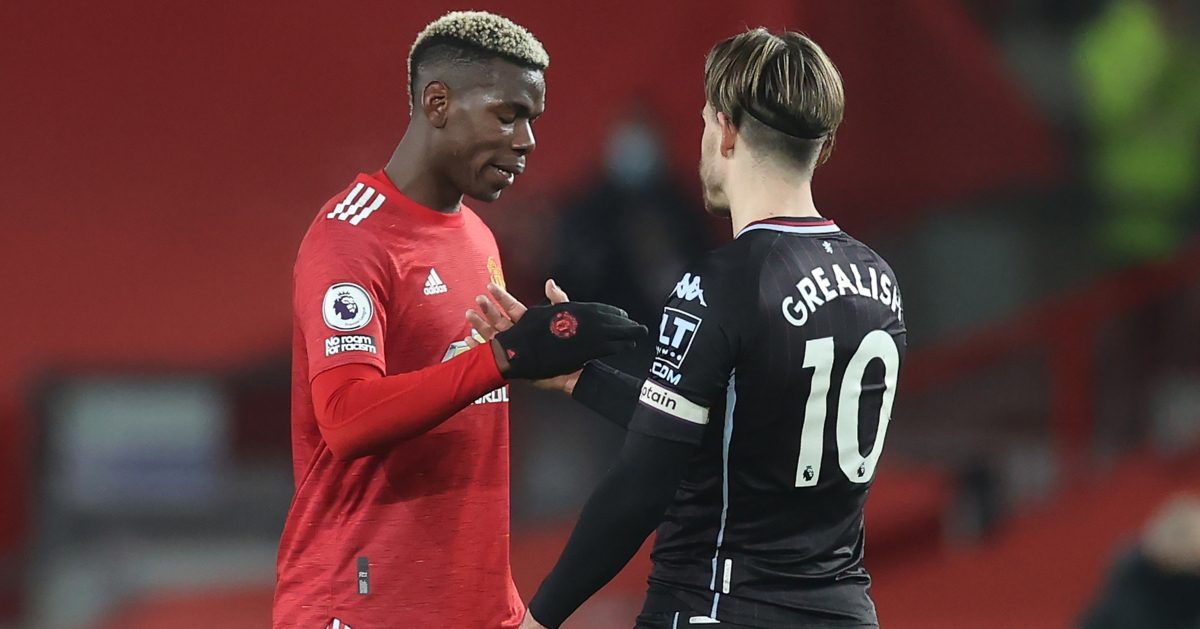 A swift resolution is expected after Man City opened talks with Villa over Jack Grealish, while Mino Raiola is at it again…

It seems Manchester City have opened talks with Aston Villa over a possible deal for the England star. That’s the claim of Sky Sports, which is reporting that City made their initial approach ‘several days ago’ and the lines of communication remain open.

The Guardian adds that a decision over whether a deal could be struck will be made ‘within days’, with Villa’s asking price likely to be at least £100million.

Pep Guardiola wants Grealish in his squad for the Community Shield clash with Leicester a week on Sunday – that’s the Daily Star‘s claim – while the Express & Star reckons the Villans are hoping to fend City off by offering their biggest star another new deal.

RAIOLA OFFERING POGBA TO LIVERPOOL
The Paul Pogba palaver is set to rumble on a while longer than the Grealish saga, with PSG sounding out the Manchester United midfielder over whether he might be interested in a move.

Apparently, Mino Raiola is doing something similar with Liverpool. Le10Sport reckons Raiola has been in the ear of the Reds’ hierarchy to offer them the chance to sign the France star.

While the midfielder could go wherever he wants next year, Raiola is said to have raised the prospect of parking Pogba at Anfield this summer. Which we assume he would have to do over United’s cold, dead body. The Red Devils don’t want to lose Pogba – even if the time has come to part with their record signing – and they certainly won’t allow him to join Liverpool while they still have a say in the matter.

Mailbox: Man Utd could end up like Barcelona if they keep Pogba

BARCA RIVALLING SPURS FOR ROMERO
Tottenham have got competition for Cristian Romero. Which is convenient for Atalanta…

The centre-back is valued by the Italians at around £40million, though they may be willing to take Davinson Sanchez in part-exchange.

But Sportitalia reckons Barcelona have entered the fray. The Catalans aren’t letting being broke stop them from pursuing their transfer targets…

Apparently, Barca have already had a player swap deal rejected by Atalanta, but they are planning to return with an offer to take the defender on loan with the obligation to buy next summer.

So Spurs intend to respond with a higher offer their own, in excess of the £34million bid plus £8million in add-ons that they submitted last week.

ZOUMA PREFERS CROSS-LONDON MOVE
West Ham are also in the market for a centre-back, with Kurt Zouma among their targets.

The Chelsea defender would apparently be interested in what the Hammers say because the Daily Mail says Zouma would rather stay in London than be shuffled off to Sevilla as a makeweight in the Jules Kounde deal.

Kounde certainly won’t come cheap for Chelsea. Goal says Sevilla are expecting a deal worth in the region of £68million for the France international, especially since 20 per cent of whatever fee they receive must be forwarded on to Kounde’s former club Bordeaux.