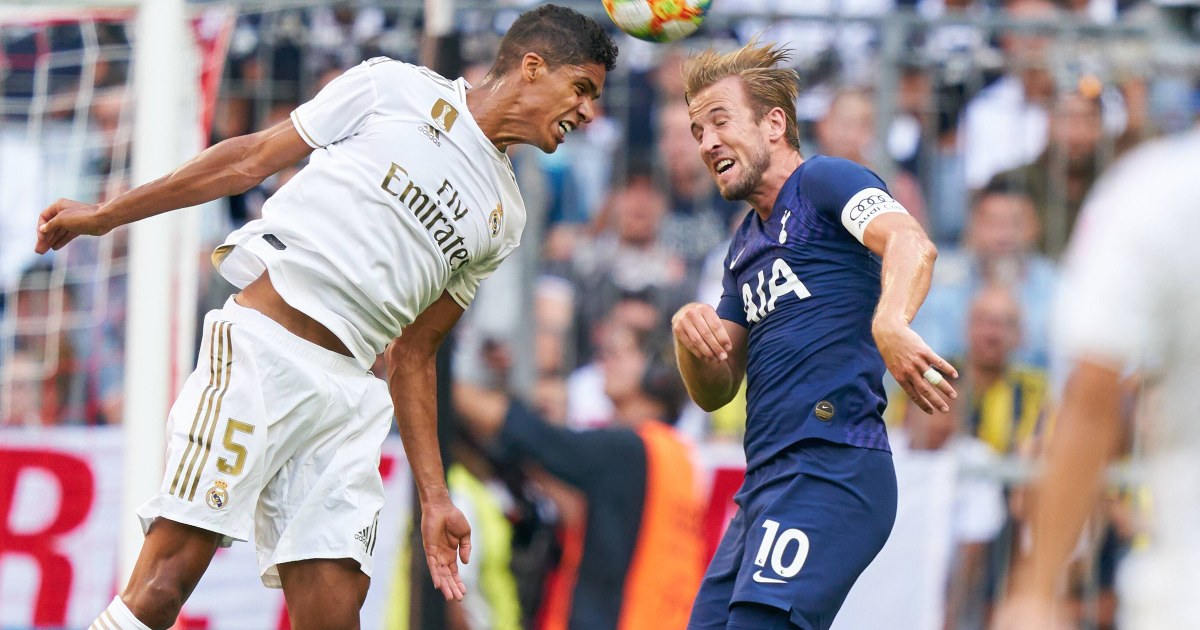 CITY WILLING TO WAIT FOR KANE
If you hoped for a swift conclusion to the Harry Kane transfer saga, we’ve got some bad news…

Manchester City are the frontrunners to sign the Tottenham striker but the champions aren’t desperate for a quick deal. In fact, they are willing to play the long game.

ESPN says City will wait a year if they must. Spurs have been guaranteed £100million and their choice of seemingly half of Pep Guardiola’s squad but still it is acknowledged that a deal will be difficult to do while Daniel Levy values Kane at over £150million.

City, apparently, assume Kane’s price will drop in 12 months. Then only two years will remain on the Spurs deal he signed in 2018, though Kane will also turn 29 before the start of next season.

Prick of the week No.34: The Harry Kane transfer saga

The Parisians appear to have struck a deal to sign Achraf Hakimi. Widespread reports suggest Inter will receive £59.8million for the right-back after PSG bettered Chelsea’s offer of £51.3million.

Mauricio Pochettino is also looking for a centre-back and the French giants are the frontrunners to sign Sergio Ramos. Goal says PSG have been in touch with representatives of the Spain star, who is looking for a two-year contract at Champions League football next season.

The Sun says PSG are also eyeing a reunion with David Luiz. The former Chelsea and Arsenal defender is a free agent and president Nasser Al-Khelafi is fond of the Brazilian. Pochettino, though, has reservations over Luiz but that hasn’t convinced the club to swerve the 34-year-old who played at the Parc des Princes between 2014 and 2016.

One per PL club: Reasons they should sign Sergio Ramos

UNITED BOOSTED BY VARANE STANCE
Manchester United are also looking at centre-backs, though they remain understandably wary of getting dragged into the Ramos race.

The Athletic reckons Real are becoming increasingly resigned to losing Varane this summer. The France star has only a year remaining on his contract with no sign of a renewal.

Varane’s agents are said to have told the club that the defender wants a fresh challenge and Real will grant his wish providing they receive an acceptable offer. But reports earlier in the week suggested Florentino Perez is looking for £80million – twice the price United are willing to pay.

Whisper it… but Alexander Isak is a bit like Zlatan

REAL SHOW ISAK INTEREST
That report says Real will trim the wage bill this summer while making no more headline signings as they hold out for Kylian Mbappe next summer.

But AS contradict that suggestion with the claim that Real are showing an interest in Alexander Isak.

Apparently, Real have been in touch with the Real Sociedad star’s agents while he impresses with Sweden at Euro 2020. They aren’t the only ones. The story goes that ‘the main teams in the Premier League’ have also registered an interest with some willing to pay the 21-year-old’s £60million release clause.