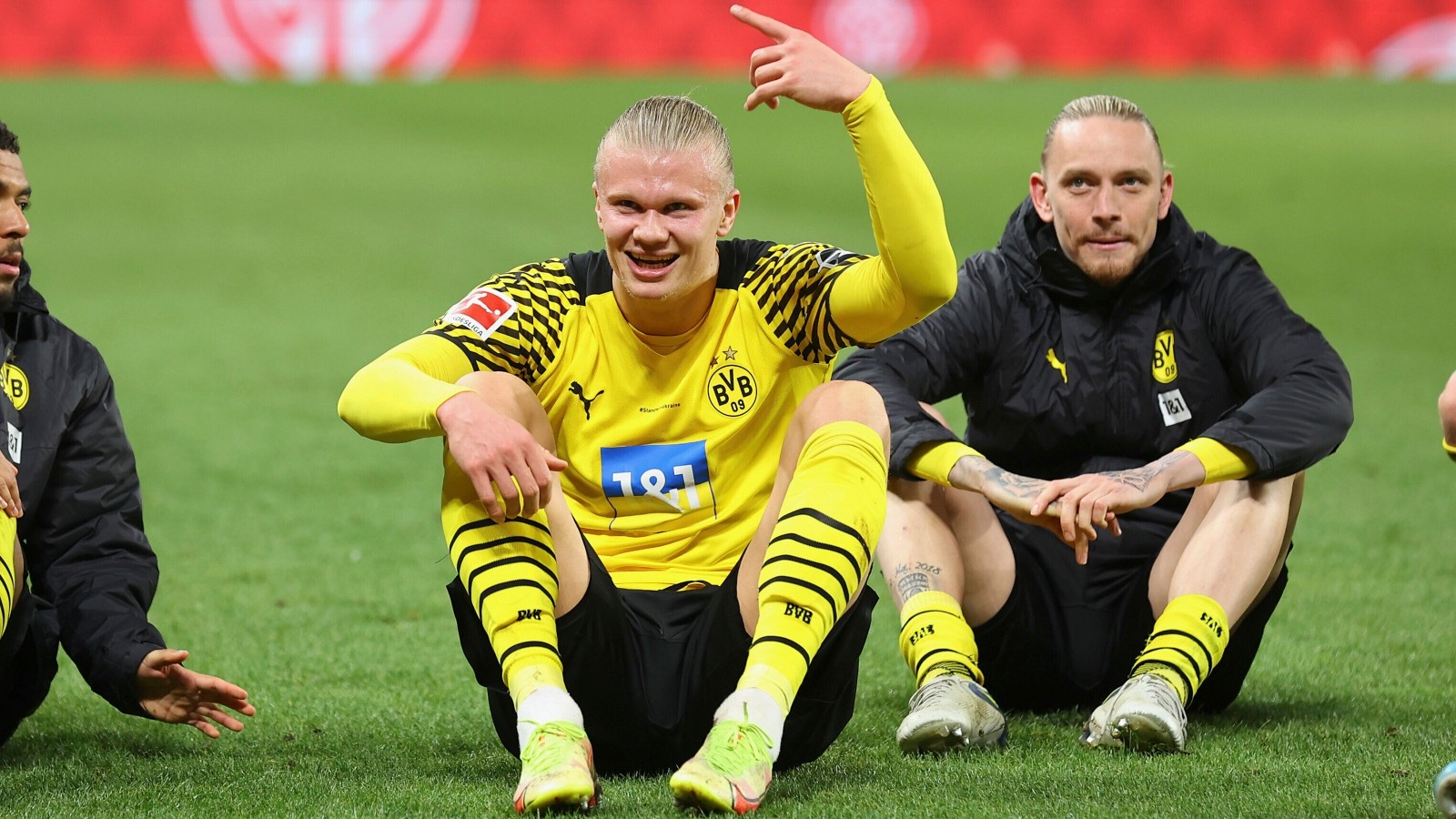 PSG are reported to be in talks with a manager who might whip them into shape or self-combust within a week. Also: AC Milan are in for a Liverpool striker. But first…

Any club intent on signing the Norway goal-machine have to meet the release clause in his Borussia Dortmund contract by the end of next month, according to Bild, with amount to be deposited in the region of £63million. In terms of a transfer fee, it’s an absolute steal.

But the worry some clubs have is around Haaland’s wage demands. Mino Raiola seems to be asking for the world on a stick, with La Liga clubs concerned over the cost of meeting those terms.

Even though Haaland’s preference is reported to be a move to Spain, Barcelona have already insisted they won’t jeopardise their delicate finances to fund a deal for the striker, with Marca saying that Real are also now asking that Raiola rein in his demands.

All of this leaves City in pole position, with Borussia Dortmund advisor Matthias Sammer hinting that a deal is on, with the numbers involved giving the former Germany defender ‘whiplash’.

TUCHEL IS UNITED’S PRIORITY WITH SEVILLA BOSS ON SHORTLIST
Most of the other juicy transfer lines this morning focus on managers, with Manchester United and PSG both looking for their next sucker.

After exiting the Champions League in predictably disappointing fashion on Tuesday night, United are said to be ramping up their search for a new boss ahead of the summer.

The Daily Star reckons Thomas Tuchel is United’s number one target amid the chaos at Chelsea and the Red Devils want an agreement before the end of the season, but with bidders lining up to buy the Blues, the German is unlikely to be looking for a quick getaway before a clearer picture emerges of what the future might look like at Stamford Bridge.

CONTE IN PSG TALKS
United’s shortlist is brief compared to PSG’s, with the French club said to have nine names on theirs.

One of the managers the Parisians are interested in is Antonio Conte, and Calciomercato reckons they have already been in touch with the Italian.

Conte is reported to have a clause in his contract allowing him to walk away from Tottenham at the end of the season and PSG have already moved to explore the opportunity. Which could go one of two ways: Conte might get a grip of football’s hardest-to-handle dressing room; or he won’t last 10 minutes at a club with woefully-muddled priorities.

MILAN CLOSE IN ON LIVERPOOL STRIKER
As well as a shiny new stadium, the Milan clubs are making plans for new strikers…

AC Milan are reported by Calciomercato to have begun talks with Divock Origi, who is approaching the end of his contract at Liverpool.

While Inter are said by Gazzetta dello Sport to have met with the agents of former West Ham forward Sebastien Haller, currently pulling up trees at Ajax. The asking price for Haller is reported to be just shy of £30million, which would give Ajax a £10million profit on the striker they bought from West Ham in January last year.