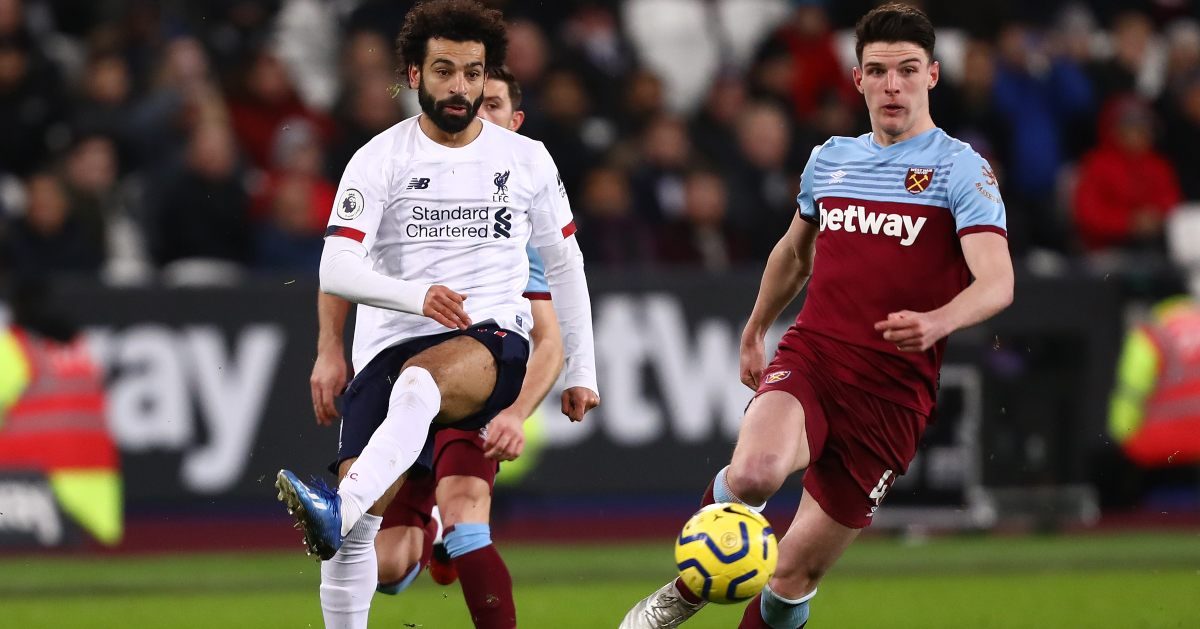 That’s the word according to the Daily Mail. It was thought that Fernandinho would be heading through the Etihad exit this summer with Sergio Aguero upon the expiry of their contracts. But the Brazilian’s form, and his influence in the dressing room, is making City think again.

If Fernandinho fancies a new challenge, then The Times reports that City could move for Declan Rice.

The West Ham star has been linked with Manchester United but it is claimed officials at Old Trafford have decided he is too slow and too expensive.

City don’t seem to share the same concerns, though it would mean smashing their transfer record to land the England midfielder.

Man City dominate the Premier League XI of the season

So says Le Parisien. Which is all very handy for PSG in the wake of their Champions League misery this week.

The story goes that PSG will move for Salah if Kylian Mbappe leaves the Parc des Princes this summer. Mbappe is about to enter the final year of his contract and so far refusing to sign a renewal. Which could play into Real Madrid’s hands. Lord knows they need some fresh blood.

For PSG, Harry Kane is named as a potential target but this report says the club’s Qatari owners would prefer to land Salah, and the Liverpool star’s representatives have already been sounded out.

POCH TARGETS TOTTENHAM DEFENDER
PSG are also looking for a right-back. And Mauricio Pochettino wants a reunion with one of his Tottenham old boys.

RMC Sport says PSG will move for Serge Aurier, with Alessandro Florenzi and Colin Dagba having failed to make the full-back position their own.

Aurier is apparently up for grabs for around £8million at the end of the season and a return to the club from which Spurs bought him in 2017 is very much on the cards.

Roma an ideal host for the Mourinho Show – not a compliment

JOSE EYES FIVE OLD BOYS
After it was announced that Jose Mourinho will be the star of the Roma Show next season, now follow the links with his old players. Strap in…

Football.London says Mourinho could return to Spurs for Erik Lamela and/or Lucas Moura.

Whereas Corriere dello Sport suggests Eric Dier or Pierre-Emile Hojbjerg could be targets if Mourinho raids his last employer. Or he could go back to Man Utd and take Juan Mata off their hands.

Mata is also the subject of interest from Lazio, according to Il Tempo. Lovely Juan sightseeing in Rome is the content we all need right now.