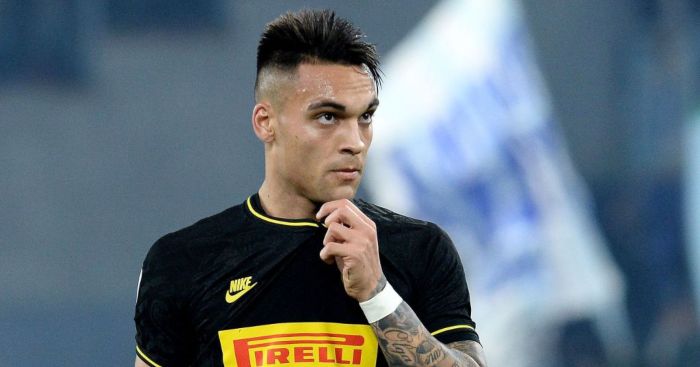 CITY INVOLVED IN THREE-WAY SWAP
Player swaps are set to be more prominent this summer since few clubs have got the spare cash to chuck around in the transfer market. But few are likely to be as complicated as this three-way transaction between Manchester City, Barcelona and Inter Milan. Strap in…

Sport reckon the clubs are working on a deal that would leave all three satisfied, with Barca ultimately getting their hands on Lautaro Martinez. They cannot afford the Argentina forward in a straight cash deal but they know Inter want a right-back. Inter were offered Nelson Semedo by Barca, but the Italians didn’t fancy him. City, however, would take the Portugal international.

So Barca would exchange Semedo for City flop Joao Cancelo, but Cancelo would immediately be dispatched to Inter to grease the wheels of the Martinez deal. Barca might have to throw in another player, possibly Arturo Vidal, and still have to find another £50million but it is felt that a deal is achievable. It helps that Cancelo and Semedo are both represented by Jorge Mendes.

The Germany winger hasn’t played since the Community Shield and is approaching the final year of his contract. Bayern Munich have tailed Sane for the last two years and the Bavarians went hard for the winger last summer but they were put off by City’s ‘insane’ demands.

Given his contract situation, Bayern are in a much stronger bargaining position, especially while Sane seems keen to move. But the figures The Telegraph are talking about still seem extravagant for a player who has missed the entirety of the season and is a year away from walking away for nothing.

This morning’s report suggests Bayern are mulling over a £56.75million move for the 24-year-old having already been told that £35million just won’t do.

DEMBELE DEAL DONE
Tuesday morning’s whispers suggested Manchester United were feeling confident about signing Moussa Dembele for £60million this summer. According to Todofichajes (we know…) things have moved on even further.

It is claimed that ‘the agreement between the three parties is total’ and Dembele will move to Old Trafford for around £61million, or whatever 70million euros is worth by the time the deal goes through.

AND THE REST
Chelsea will sell Tiemoue Bakayoko for £31m but PSG value the midfielder at £26.5million… Barcelona want £53million for winger Ousmane Dembele… Barca have also held talks with Juventus about Mattia de Sciglio… Everton will let Maarten Stekelenburg leave this summer and sign a new back-up for Jordan Pickford.