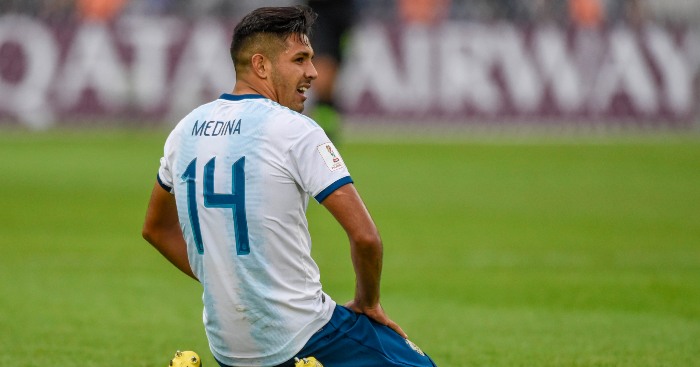 MEDINA TO MAN UNITED?
New Argentina international centre-half Facundo Medina is an £11m target for Manchester United, according to French website La Voix du Nord, who claim the Old Trafford club are ‘very serious’ about signing a player bought by Lens this summer for around £3.15m. The story goes that the Red Devils could ‘rapidly and officially’ launch an offer to land Medina.

But do they need a new centre-half? Well, the punchline is that they would send Medina back on loan to the French club for the rest of the season while they try and rid themselves of Phil Jones and Marcos Rojo.

INGS CAN ONLY GET BETTER
‘Tottenham are monitoring the situation of Danny Ings at Southampton ahead of a potential summer bid,’ according to Eurosport. They did try and sign him last summer but took Carlos Vinicius on a season-long loan instead. But now things have changed and Ings is stalling on a new deal because he wants Champions League football.

Spurs might be able to offer him that football next season, with Ings probably just about the perfect player to deputise for Harry Kane and the now-knackered Son Heung-Min at Tottenham. Saints boss Ralph Hasenhuttl admitted this week that they might be forced to sell the striker this summer.

SPURS LOOK TO SABITZER
Also on Eurosport, after the latest Dele Alli to PSG nonsense, is the news that Spurs are ‘set to make a move for RB Leipzig’s Marcel Sabitzer in the summer’. Now this would be a wonderful signing, with the Austrian making a perfect central midfield partner for the excellent Pierre-Emile Højbjerg. He is 26 and has Champions League experience.

Sabitzer reportedly turned down RB Leipzig’s latest contract offer amid interest from both Arsenal and Tottenham.

AND THE REST
Crystal Palace are closing on the loan signing of Jean-Philippe Mateta…Tottenham defender Danny Rose is a target for Turkey’s Trabzonspor…Chelsea defender Fikayo Tomori is on the verge of becoming AC Milan’s latest January signing…Cardiff winger Josh Murphy is at the centre of a three-way transfer battle from Nottingham Forest, Sheffield Wednesday and Derby…Aston Villa are close to finalising a deal to sign midfielder Morgan Sanson.