Home Gossip Gossip: Man United to miss out on winger; Thiago to Liverpool 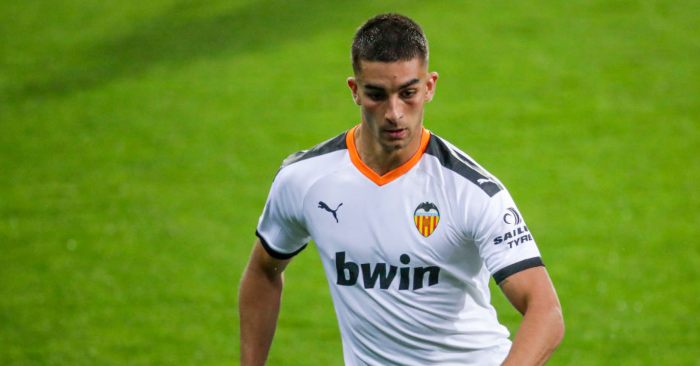 If Jadon Sancho is out of their £50m (really?), will Man United turn to Ferran Torres?

MAN UNITED TO MISS OUT ON TORRES?
If Manchester United are supposedly reluctant to pay more than £50m for Jadon Sancho, we wonder what they would offer for Valencia winger Ferran Torres, one of 427 alternatives to the England winger. His release clause is £87m but there’s no chance of anybody paying that fee as his contract expires next summer.

But the question is whether United are now in the race at all, with reports in Spain from Onda Cero suggesting that Juventus have already made contact with Valencia about a player who has both scored and assisted four La Liga goals this season.

Maybe Man United should forget about it because their current attacking trio is really quite good.

THIAGO TO THE CHAMPIONS?
Noises continue to reverberate around Europe about Liverpool being interested in Thiago Alcantara, though the latest reports in France Football seem to be designed to spur PSG into action. The 29-year-old is likely to leave Bayern Munich this summer and it is thought that his preference is to move to the Premier League.

Manchester City and Pep Guardiola are one option, but this report claims that ‘Jürgen Klopp too would like to attract him to bring freshness to a Liverpool collective which has now won everything’. And Klopp has certainly suggested that he is open to a little freshness.

AND THE REST
Arsenal want to include Matteo Guendouzi in any swap deals this summer…Henrikh Mkhitaryan will stay at Roma for another season…Tottenham Hotspur are confident they will sign Southampton Pierre-Emile Hojbjerg this summer…Real Madrid and Morocco full-back Achraf Hakimi has been spotted in Italy prior to a proposed £36m transfer to Inter Milan.