Home Football Transfer Gossip Gossip: Man United linked with yet another AM… 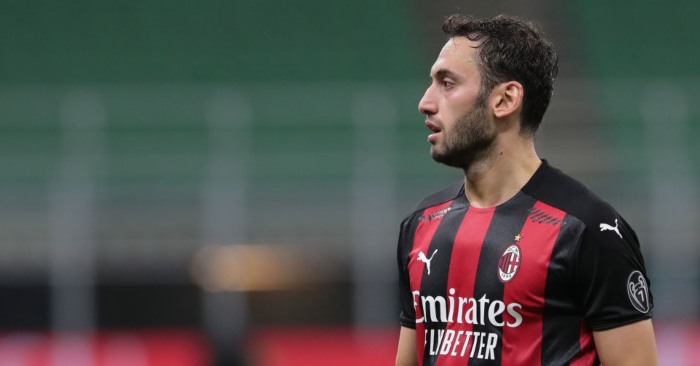 Man United linked with another AM

Suspicions are immediately high about this one from Gazzetta Dello Sport because we are supposed to believe that Man United are targeting yet another player in the one position in which they have an embarrassment of riches. They cannot fit Bruno Fernandes, Paul Pogba and Donny van de Beek in the same team, so we are not sure where AC Milan’s Hakan Calhanoglu would play.

The Turkish midfielder is refusing to renew his contract in Milan, where he has already scored four goals (in Europa League qualifying) and claimed four assists this season. It is said in these latest reports that Man United have offered to double his salary if he signs a contract in January to join in the summer for nothing. Hmmm.

No chance for Van Dijk repeat with Koulibaly

There has been renewed talk in Italy of a move for Kalidou Koulibaly in January, with calciomercato widely credited with a new version of old news about Liverpool interest in the big centre-half. But reports from Naples say that is impossible. Napoli are not Southampton and Koulibaly is not Virgil van Dijk.

Forgive the translation but this report says: ‘Paradoxically, it would have been easier to snatch him from Napoli in the last market, after the season has just started. With a Napoli that started in the best way in Serie A, winning all the games played so far, and that will be able to have his say in Europe too, Gattuso will not want to give up the pivot of the Neapolitan defense, and the same will also apply to the management bell.’

Koulibaly himself has also said he is happy, saying: “I love Naples and Naples loves me, that’s the most important thing. I always make myself available game after game, I still have three years of contract, I’m calm, the teams are looking for me but I’m still here.

Sergio Romero’s MLS move has fallen through…Atletico Madrid still want to sign Geoffrey Kondogbia as a replacement for Thomas Partey…Divock Origi is likely to leave Liverpool on loan in January.