Man United have made a 'surprise enquiry' for N'Golo Kante and will throw money at Dortmund. 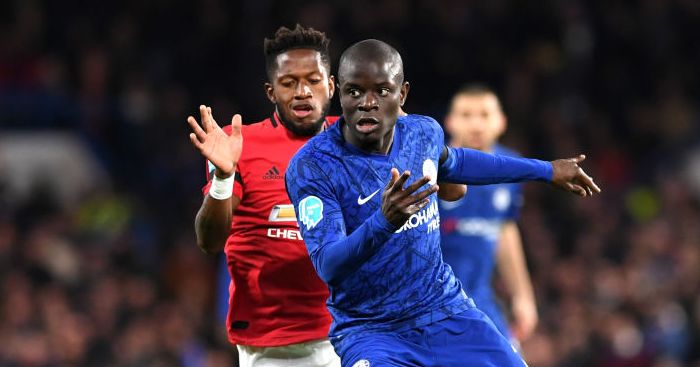 As funny as it would be for Man United to head into this summer needing a centre-half and right-sided forward and ending it instead with two more central midfielders, it seems unlikely that their ‘surprise enquiry’ for N’Golo Kante will reap any particular reward.

While Chelsea ‘are prepared to allow Kante to leave for the right offer,’ the Daily Mirror stress that the player himself is ‘reluctant’ to move as it would involve ‘taking a big cut’ on his current earnings.

Ole Gunnar Solskjaer remains ‘a long-time admirer’ of the 29-year-old regardless, as he feels that a player everyone is contractually obliged to describe as diminutive would ‘add extra muscle’ to his midfield. He really is the Roy Keane figure they’ve been missing for two decades.

Inter Milan are also interested. Or at least Antonio Conte is.

Man United seem hamstrung more than most by their inability to offload squad players, so news of interest in two will come as a boost.

Lazio are said to be targeting both Andreas Pereira and Juan Mata. The former link came straight from ‘here we go’ merchant Fabrizio Romano. The origin of the latter is quite difficult to actually place. But once one outlet has reported it that makes it fair game, right?

The Pereira deal would involve ‘a loan with buy option,’ to which Man United are ‘open’. But a potential obstacle would be who takes the bigger share of his wages.

Now find a buyer for Jesse Lingard, Phil Jones and Marcos Rojo and we are golden.

All this transfer business at Old Trafford doesn’t feel right without a forlorn mention of Jadon Sancho, who is clearly quite happy at Borussia Dortmund and has three years left on his contract. Forget that, because Man United are ‘preparing a bid’ that amounts to around £90m.

The eagle-eyed among you will notice that is still £18m short of Dortmund’s valuation, not to mention about seven weeks after the German club’s deadline to sell the winger expired. But Dagbladet are steadfast in their belief that ‘negotiations’ have been ongoing and Man United ‘still believe that there are both opportunities and time left’ to secure their priority signing.

They are wrong, of course. But Solskjaer ‘expects the transfer to go smoothly’ and Sancho ‘wants to join’. He must have a penalty fetish.