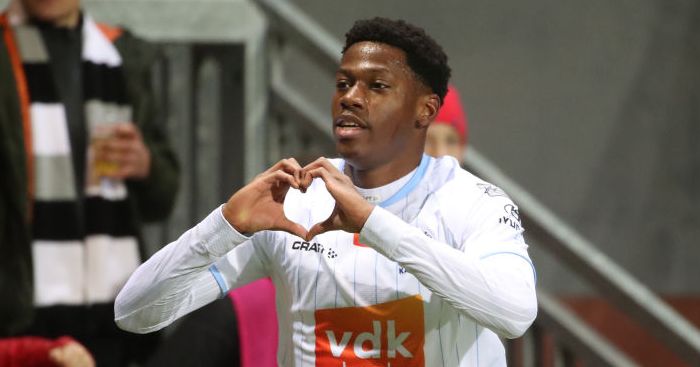 GREAL OR NO GREAL
It is unclear precisely what constitutes Man United having ‘stepped up their interest’ in Jack Grealish. Have they slid further into his DMs? Have they decided that they will haggle over his fee all summer before ceding to Aston Villa’s initial demands? Will they start sending scouts to watch him instead of tuning into Match of the Day every weekend?

The Manchester Evening News do not particularly clear things up. They simply say Man United ‘have expressed interest’ in Grealish and that he ‘fits the criteria of young British signings’.

One interesting titbit is that ‘United’s preference is to ‘execute’ deals for summer targets in February’. Much of that is because they are ‘conscious’ of Grealish’s value potentially rising if he makes his debut for England, as expected, or even appears at the European Championship.

He is rated at around £80million (the MEN mention the £45m release clause which is thought to have expired long ago). It is unclear whether that would be impacted by Villa being relegated or surviving this season.

The Daily Mail say the forward, subject of a recent bid of £5m from Porto that was promptly rejected, ‘has impressed with his versatility playing attacking midfield, wide and at centre forward’.

United ‘have taken notice in recent weeks’ and are one of four Premier League clubs known to have taken an interest in the Canada international. Arsenal, Everton and Leicester have also been linked.

David has 22 goals and ten assists in 37 games for Gent this season, and ‘is valued at around £18million by his club’.

WERNER BROS
Despite the recent suggestion that Timo Werner could cost almost half of his reported £50m release clause, Kaveh Solhekol of Sky Sports is steadfast in his belief that any interested party will have to pay the bigger fee.

The reporter is also pretty insistent that Werner ‘will become a Liverpool player this summer’ if Jurgen Klopp can ‘convince’ him there will be requisite first-team chances available next season.

Werner ‘favours a move to Liverpool’ if he will play regularly, and is ‘almost certain’ to leave Leipzig at the end of the season.

‘Werner accepts he would have serious competition on his hands at Anfield in the shape of Sadio Mane, Roberto Firminho and Mohamed Salah and to be fair to him he does not believe he is at their level yet,’ Solhekol adds. Stay tuned.

AND THE REST
Arsenal could listen to offers for Pierre-Emerick Aubameyang this summer to avoid losing the 30-year-old on a free next year… Inter Milan have made Aubameyang their number one transfer target should Argentina striker Lautaro Martinez, 22, leave this summer… Alternatively, Gabon forward Aubameyang is yet to rule out signing a new contract at Arsenal but talks have not progressed… Manchester City could lose many of their key players, including 25-year-old England forward Raheem Sterling, if they win this season’s Champions League… Arsenal are interested in Spain U21 left-back Marc Cucurella and are willing to pay a £20m release clause to sign the 21-year-old, who is on loan at Getafe from Barcelona… Real Madrid are monitoring Crystal Palace’s Norway striker Alexander Sorloth, 24, who has scored 21 goals in 30 appearances while on loan at Turkish side Trabzonspor this season.