Man United have Jules Kounde and Pau Torres on their centre-half shortlist while Spurs will sign Swansea man. 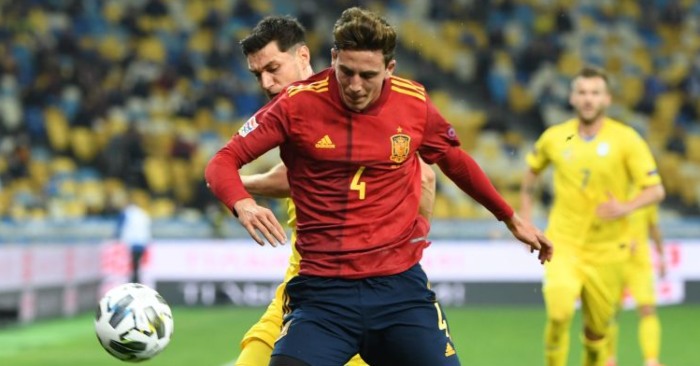 Manchester United could strengthen at centre-half this January if their defence does not improve, according to ESPN. But a move is ‘likely to rely on United moving on at least two of the centre-backs already at Old Trafford’, namely Phil Jones and Marcos Rojo. Surely the former could join a Championship club this week?

United apparently have two ideas for the centre-half position – Frenchman Jules Kounde of Sevilla and Spaniard Pau Torres of Villarreal. Neither would come cheap, with Kounde valued at around £60m by his club. Torres has long been linked with a move to Barcelona so a move to United might be quite low down on his list of potential options.

RODON DEAL ON FOR SPURS

Tottenham are reportedly likely to sign Swansea centre-half Joe Rodon in a £15m deal before Friday’s EFL deadline. Football Insider claim that  Spurs are ahead of all competition to sign the Welshman, and are offering a variety of deals to get it over the line.

One option is to send fringe players down to south Wales, with one likely departure being Cameron Carter-Vickers, who has had a previous loan spell at Swansea.

Bournemouth want Everton to move for Josh King…Fulham will sign Terence Kongolo for £3m…Swansea lead the race for Harry Wilson…Karlan Grant will move from Huddersfield to West Brom on an initial loan…Said Benrahma’s move to West Ham is now up in the air…Nathaniel Clyne will sign a new contract with Crystal Palace…Danny Welbeck could join Brighton on a free transfer.