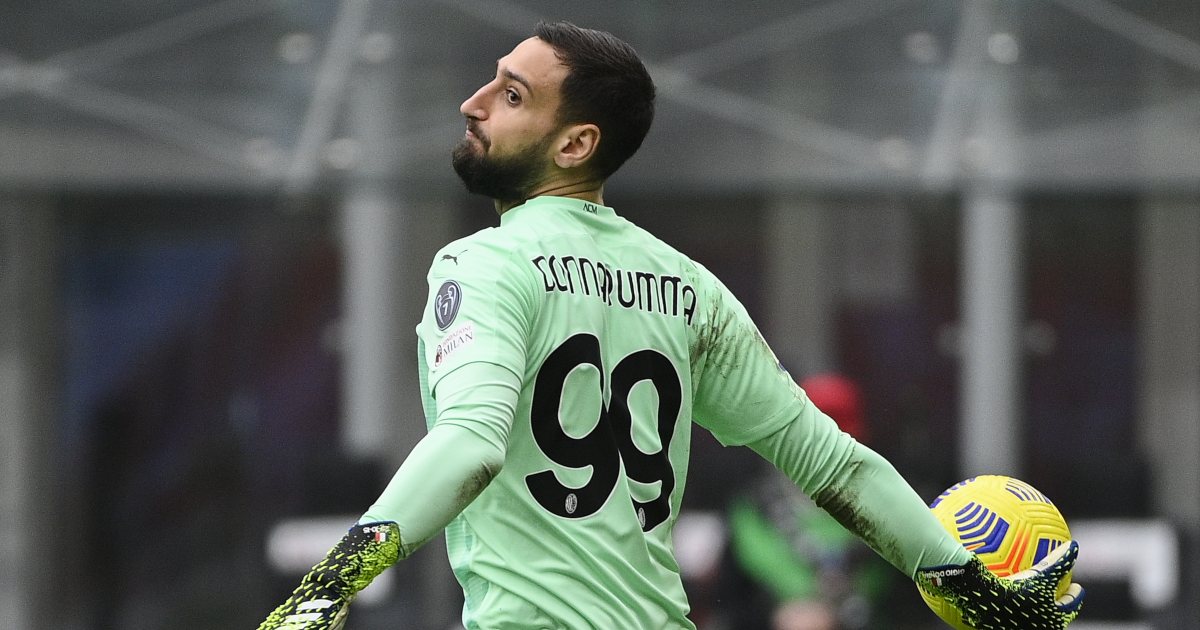 DONNARUMMA DEAL DONE
This comes from todofichajes.com, which we would not trust to look after our bike outside the shop, but they claim that Manchester United have agreed a deal with the Italian goalkeeper Gianluigi Donnarumma, who is out of contract with AC Milan this summer. They say United ‘will make the Italian the highest paid goalkeeper on the planet, something that has been essential for the closing of the operation’. Even higher than David De Gea, who they already pay £375,000 a week?

The report does not detail exactly what will happen to De Gea or indeed to Dean Henderson; surely United have to find a buyer for De Gea – whose wages will put off most potential suitors – before they can throw more cash at the 21-year-old, who was on the wrong end of a 3-0 derby defeat on Sunday.

ZAHA BACK TO MAN UNITED?
Wilfried Zaha will ask to leave Crystal Palace this summer – for about the 427th time – and will resort to a transfer request if necessary, according to that same Spanish gossip website that definitely has contacts in south London.

They claim that ‘Manchester United seems the best placed to face his purchase but it is not ruled out that other greats of the Premier such as Tottenham carry out an offensive taking advantage of the situation’. In truth, Manchester United would seem to be about the worst possible destination for Zaha as he would be competing directly with Marcus Rashford. Oh and it went really quite badly before.

SULE BOOST FOR CHELSEA
It looks increasingly likely that reported Chelsea target Nicklas Sule will leave Bayern Munich after failing to agree a new contract, with Bayern Munich executive Karl-Heinz Rummenigge saying: “If we find a solution, we are generally ready to extend the contract, but that will only be possible under certain conditions.”

Sule has been in and out of the Bayern team this season and his situation is only likely to worsen with the signing of Dayot Upamecano already secured for the summer. He played out of position at right-back this weekend and was poor in a 2-1 defeat to Eintracht Frankfurt.