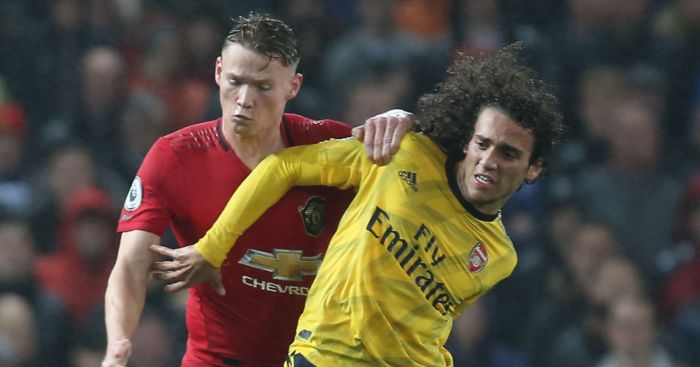 Arsenal will not ‘close the door’ to clubs interested in Matteo Guendouzi. Man United want ex-Chelsea man Jeremie Boga, too.

WELCOME MATT
It seems clear that Arsenal and Matteo Guendouzi will use the midfielder’s rather silly actions against Brighton ‘to take stock of their common adventure’. Mikel Arteta happens to not look too kindly upon boasts about pay, so the Frenchman, who was ‘very appreciated’ by Unai Emery, has reacted by making it ‘known that he would not be opposed to a change of air’.

This comes from L’Equipe and their wide-ranging story about the player’s future. They say Guendouzi ‘was one of the big losers’ of Arteta’s appointment, and while ‘the two men don’t have bad relationships’, the midfielder ‘does not feel total confidence’ from his manager and would like to play more.

Guendouzi is not happy with ‘what he perceives as a regression’ in his own importance. And many clubs have become ‘aware’ that his ‘situation is not ideal’, with Inter Milan and Atletico ‘already clearly positioned’. Juventus and Man United, meanwhile, ‘have also expressed their interest’.

Real Madrid and Barcelona are linked, too, and Arsenal ‘did not close the door’ to any club ‘making contact’. All they want is £36.4m for someone who would not start for any of the six sides mentioned.

WRONG JEREMIE
Quite how reliable Stretty News are with their transfer exclusives is unknown. But they seem pretty adamant that Jeremie Boga ‘is catching the eye’ of Ole Gunnar Solskjaer and Sassuolo value him at somewhere between £25m and £30m.

The former Chelsea midfielder therefore fits the bill as yet another cheap Jadon Sancho alternative, with ‘a source extremely close’ to the 23-year-old confirming interest from Man United.

They would face competition from Bayer Leverkusen, Wolfsburg, Napoli, Everton and even Borussia Dortmund in the event that Sancho moves anywhere other than Old Trafford this summer. But with eight goals and four assists in 26 league games for a mid-table Serie A team, is Boga good enough to improve that right-hand side?

EARN YOUR SPURS
Alexis Sanchez certainly isn’t. But that hasn’t stopped Tottenham being loosely linked with the Chilean.

It comes in a report from 90Min, who say Jose Mourinho wants up to five new players this summer. Tottenham are happy to oblige but have stressed the need to shop in loan and free agent markets.

Among the names mentioned are Willian, Ryan Fraser, Thiago Silva, Adrien Rabiot, Aaron Ramsey, Philippe Coutinho and Sanchez, ‘though at this stage such a move is far less likely’ for a player Man United no longer want.

Tottenham, who ‘would consider three signings a relative success,’ have also enquired about Gareth Bale, which seems a no-go.