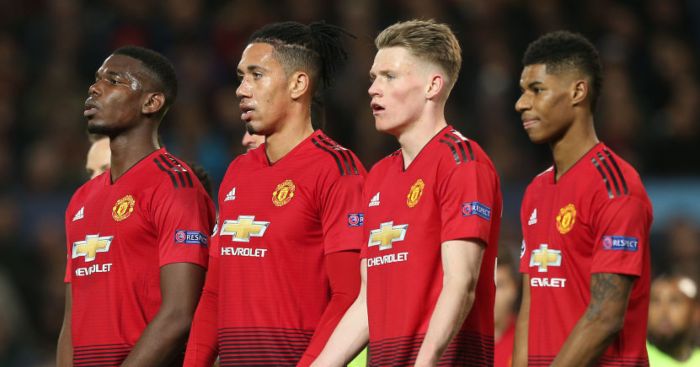 POGBA PRICE PLUMMETING
You know how Man United cannot turn a profit on anyone ever? Well they will apparently sell 27-year-old World Cup winner Paul Pogba for £70m, four years after signing him for a world-record £89.3m.

This comes courtesy of the Daily Star, who quite casually throw in that valuation while outlining that Man United ‘remain determined to sell’ this summer.

Ed Woodward ‘will not invite bids’ for Pogba ‘but will be happy to negotiate’ with clubs who are ‘genuinely interested’ in signing him. And that could now include Inter Milan.

But why will Man United settle for just £70m? The financial ‘uncertainty’ facing every club heading into the next transfer window, apparently. So just trigger the automatic one-year extension in his contract?

PARIS AGREEMENT
After news of Tottenham’s potential interest in Man United right-back Diogo Dalot comes an update of sorts. As tends to be the case when someone becomes available for about £35m, PSG are keeping an eye on developments.

Portuguese newspaper O Jogo suggest Dalot ‘may be close to the exit of Old Trafford’ and PSG are ‘very attentive to the situation’. The 21-year-old could have moved on loan in January but nothing materialised.

And with PSG targeting a right-back to replace Thomas Meunier, whose contract is close to expiration – Arsenal and Man United themselves apparently want him – Dalot could be an option.

As Sport Witness point out, Portuguese newspapers ‘don’t normally get involved in moves which don’t concern Liga NOS sides’. It seems as though there really is something in this.

THE PASSION OF THE CHRIS
We finish with the Daily Mail, who have quite a substantial update on Roma’s transfer plans. Henrikh Mkhitaryan and Chris Smalling are wanted permanently.

While Mkhitaryan is undeniably more attainable – Corriere dello Sport say he is desperate to stay in Italy and is even willing to take a smaller wage, with Arsenal in line to bag £8m – Roma will have more trouble keeping Smalling.

It is a decision that essentially depends upon whether they qualify for the Champions League next season. Smalling ‘is perfectly settled’ and enjoying his loan spell, but ‘is waiting’ to discover their European fate.

Roma are fifth in the table and three points behind Atalanta, who occupy the final qualification place. Ole Gunnar Solskjaer wants the centre-half back when his loan is done and in the event both reach Europe’s premier competition, Smalling’s ‘preference’ would be to return to Old Trafford.

But Roma have a semblance of a chance. They just need to qualify for the Champions League, hope Man United don’t, then put £25m aside for him. Simple.

AND THE REST
Chelsea and Brazil playmaker Willian, 31, is in talks with Liverpool over a move when his contract expires… Liverpool have told Philippe Coutinho they do not intend on buying him back from Barcelona… Leicester City are prepared to rival Manchester United to chase the signing of Borussia Monchengladbach and France striker Alassane Pea, 27… Arsenal are set to complete a permanent move for Flamengo’s Spanish defender Pablo Mari, 26, who joined the Gunners on loan in January.