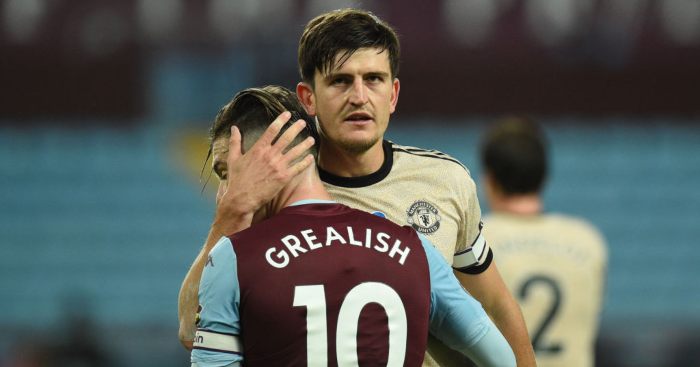 Man United will not be paying £190m for Jadon Sancho and Jack Grealish. No way, no how.

SANCHO SANCHO SANCHO
The word from Manchester United is that there has been no bid from Manchester United for Jadon Sancho, but also that Manchester United are in no rush to sign the winger and will not be held to an ‘arbitrary deadline’ (Daily Telegraph). Although Dortmund would like the deal to be done by August 10, United are in no rush and are remaining patient. But the general consensus is that a compromise will be reached as both clubs want this deal done. At what price though? The German club wants £110m but that simply will not happen; the best guess is for a fee in the £80-90m bracket with significant add-ons.

That right-wing position is definitely the priority though, ‘which he hopes will be filled by Sancho, to provide more quality attacking options to complement Anthony Martial, Mason Greenwood, Marcus Rashford and Bruno Fernandes. It would also enable him to use Greenwood as a central forward more, even though United have looked at strikers.’

THE GREAL DEAL
It seems that Manchester United will also move again for Jack Grealish (one of our top ten players of the season) after cooling on the move after the arrival of Bruno Fernandes. It seems that Ole Gunnar Solskjaer changed his mind after ‘noting how stretched his best XI was over Project Restart’ (Independent). Which is the kind of insight that should earn more respect from the likes of us.

The issue will be a) persuading Grealish to move when he is unlikely to play every week and b) persuading Aston Villa to sell for less than £50m after they somehow avoided relegation. And as the Mirror say that Villa now want £80m for Grealish, that might scupper that transfer once and for all.

ARSENAL TURNED AWAY FROM PARTEY
‘Atlético Madrid have rejected Arsenal’s latest offer for Thomas Partey and insisted they will not sell the Ghana midfielder for less than his €50m (£45.5m) release clause,’ according to The Guardian. It seems that Arsenal offered half that amount and Matteo Guendouzi, but Atletico want no part of that crazy deal.

AND THE REST
Valencia winger Ferran Torres is eager to complete a move to Manchester City (we bet he is)…Chelsea will not face a challenge from Bayer Leverkusen for the signature of Ajax goalkeeper Andre Onana…Everton will move for Crystal Palace winger Wilfried Zaha…Tottenham are close to completing the signing of Southampton midfielder Pierre-Emile Hojbjerg.