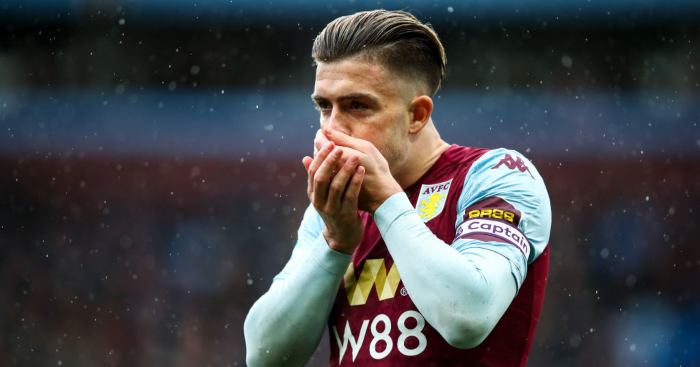 The Daily Star reckons the bulk of United’s transfer kitty will be heading towards the Midlands. Apparently Aston Villa and Birmingham will share £100million in return for sending Jack Grealish and Jude Bellingham up the M6.

Bellingham reportedly made that journey yesterday when he visited Carrington with his parents to meet Solskjaer and Woodward. If that hasn’t put him off, the 16-year-old is likely to complete a £30million move in the summer.

That leaves £70million to chuck at Villa for Grealish. United’s investment would also extend to wages of around £180,000 a week – triple what the Villa captain currently earns.

RED DEVILS LEAD RACE FOR SWISS SCREENER
United are also said to be at the front of the queue to sign Switzerland international Denis Zakaria.

The holding midfielder is currently making waves at Borussia Monchengladbach and most of Europe has taken notice. Atletico Madrid, Liverpool and Borussia Dortmund are all said to be sniffing around the 23-year-old but Sky Germany says United are leading the chase.

Not that Gladbach want to let him go. “I think there’s a very good chance that Denis will still be with us next year if we qualify for the Champions League,” said sporting director Max Eberl recently. They are currently fifth, one point off the Bundesliga top four with a game in hand over those above them.

It was reported earlier in the season that Gladbach might listen to offers of around £45million though his form since may have driven up his price even further.

LINGARD SEEKS NEW CLUB AND SELF-AWARENESS
There’s little new in reports of United’s willingness to sell Jesse Lingard this summer. But whispers coming from Goal are worth recycling just for this golden nugget…

‘It is understood that Lingard regards himself as one of the best No.10s operating in European football, which is at odds with Solskjaer’s appraisal of the player.’

It sounds like Lingard has been listening too much to what his new agent is telling him. The 27-year-old (it is important to remind yourself of that every so often) hired Mino Raiola earlier in the season though if it was a new deal that Lingard had in mind, it seems he has made another misjudgement.

Apparently, Solskjaer sees him now as nothing more than a squad player and with his current terms expiring in 2021, United are more than willing to sell. Though, as Goal suggests, there is no indication of any strong interest from other clubs as yet.

AND THE REST
Arsenal are still keen on PSG left-back Layvin Kurzawa…Willian does not know whether he will sign a new deal at Chelsea but his wife has suggested he will leave the club this summer…Man City are confident Sergio Aguero will stay beyond the end of the season…Barcelona want Marc-Andre ter Stegen to commit to a new contract…Inter Milan could sign Bournemouth goalkeeper Asmir Begovic, currently on loan at AC Milan…Leeds and Southampton are eyeing Oxford defender Rob Dickie.