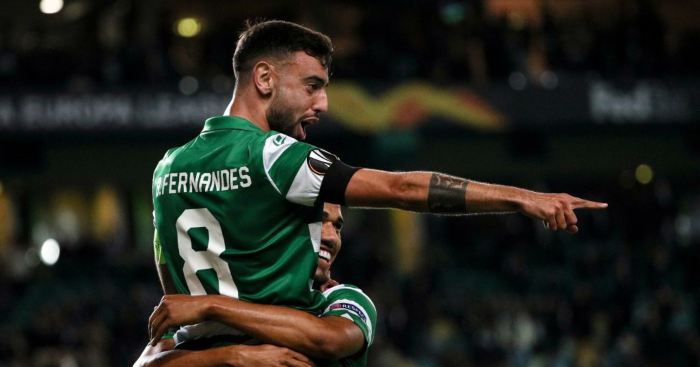 MAN UTD BUCKLING UNDER PRESSURE
Let’s start with the obligatory Bruno Fernandes update. According to David McDonnell in The Mirror, the £20m gap between Manchester United and Sporting Club has closed, with United buckling after the injury to Marcus Rashford.

That doesn’t make a huge amount of sense, given that the signing of one doesn’t really compensate for the loss of the other, but apparently Ed Woodward has agreed to meet the valuation (who’d have thought it!) and structure a deal which, with incentives included, gets somewhere close to the £60m mark.

The implication being that Fernandes could be a United player by the weekend. And then let’s never talk of him again.

BECKS WANTS AGUERO
David Beckham has big plans for Inter Miami ahead of their first season in MLS. Beckham’s franchise is after a couple of marquee players and, according to The Sun, that’s leading them towards David Silva and Sergio Aguero.

Bold. Silva is a possibility, because he’s definitely leaving Manchester City at the end of the season, but Aguero is still just 31 and, while the opportunity to live closer to his son would admittedly be an incentive, he’s surely got a few more years in Europe before beginning his victory lap.

TOTTENHAM AFTER YOUNG FRENCH MIDFIELDER
The Sun also believe that Tottenham are the latest club to take a proper interest in Boubakary Soumare, the young Lille midfielder. Soumare had previously seemed set for Man United or Chelsea, where he could obviously earn more, but apparently L’Equipe think that the opportunity to work with Joao Sacramento, formerly of Lille and now Jose Mourinho’s assistant, could prove tempting.

BOURNEMOUTH TO MAKE PRE-RELEGATION LUNGE?
Lyon’s Bertrand Traore has been a gossip column regular for some time, but rarely in connection with a move to Bournemouth. The Mail join those dots today, though, claiming that Eddie Howe could be willing to spend up to £35m to bolster his attacking options.

That sounds… unlikely. Bournemouth won last night, easing their relegation fears, but a club adding £10m transfer record when in that kind of position sounds like an absolute QPR of a decision. We’ll believe it when we see it.