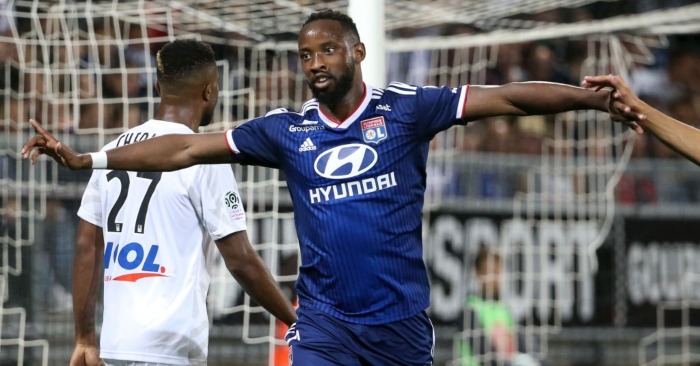 The Lyon striker has been linked with United since the end of last year when it seemed that the Red Devils and Chelsea would go head-to-head for the centre-forward. But Dembele stayed at Lyon in January when the Blues reportedly had a £34million offer rejected.

Given United are now reported to be willing to chuck £60million at Jean-Michel Aulas, you could forgive them for their apparent ‘confidence’ about signing the 23-year-old who scored 22 goals in 42 appearances in all competitions before the French season was brought to an abrupt halt.

READ: What has Solskjaer done to earn his transfer reputation?

PJANIC REJECTS RED DEVILS AND PSG
United should not be feeling quite so smug over Miralem Pjanic since reports suggest the Juventus midfielder has snubbed a move to Old Trafford.

PSG are also said to be wiping custard from their faces, according to Sport, following the 30-year-old’s decision to ignore all other advances after Barcelona came forward with an offer.

The story goes that Pjanic has a verbal agreement to join Barca this summer, but Juve’s side of the deal is yet to be tied up. The Catalans are predominantly dealing in swaps this summer and though centre-back Jean-Clair Todibo, also a target for Everton and RB Leipzig – is being dangled in front of the Old Lady, Barca have plenty of work still to do to bring Pjanic to the Nou Camp.

They, along with Arsenal, are reported by TMW to be interested in 19-year-old Velez Sarsfield playmaker Thiago Almada, who has a release clause of £22million.

It might cost four times that figure to get Carlos Vinicius out of his Benfica contract, who is in United’s thinking according to The Sun. The Red Devils and Liverpool are both interested in the 25-year-old but Portuguese media have suggested that United might offer Benfica £35million – a £20million profit on the Brazilian they signed a year ago from Napoli.

SPURS DEST-INED FOR DISAPPOINTMENT
Away from Old Trafford, it is being claimed that Tottenham are sniffing around Ajax defender Sergino Dest.

Jose Mourinho would love a right-back this summer and Calciomercato have linked Spurs with the 19-year-old USA international.

But it seems almost certain that Mourinho will have to look elsewhere. Bayern Munich had a January offer for Dest rejected by Ajax but the Bavarians are expected to go back for the Dutch-0born defender, whose preference is said to be a move to the Allianz Arena.

AND THE REST
Mesut Ozil will see out the remaining year of his Arsenal contract… The Gunners are not planning on keeping on-loan midfielder Dani Ceballos next season… Man Utd are no nearer agreeing a new deal with Angel Gomes… Chelsea are confident of pinning down 16-year-old Borussia Dortmund target Charlie Webster to a professional contract.