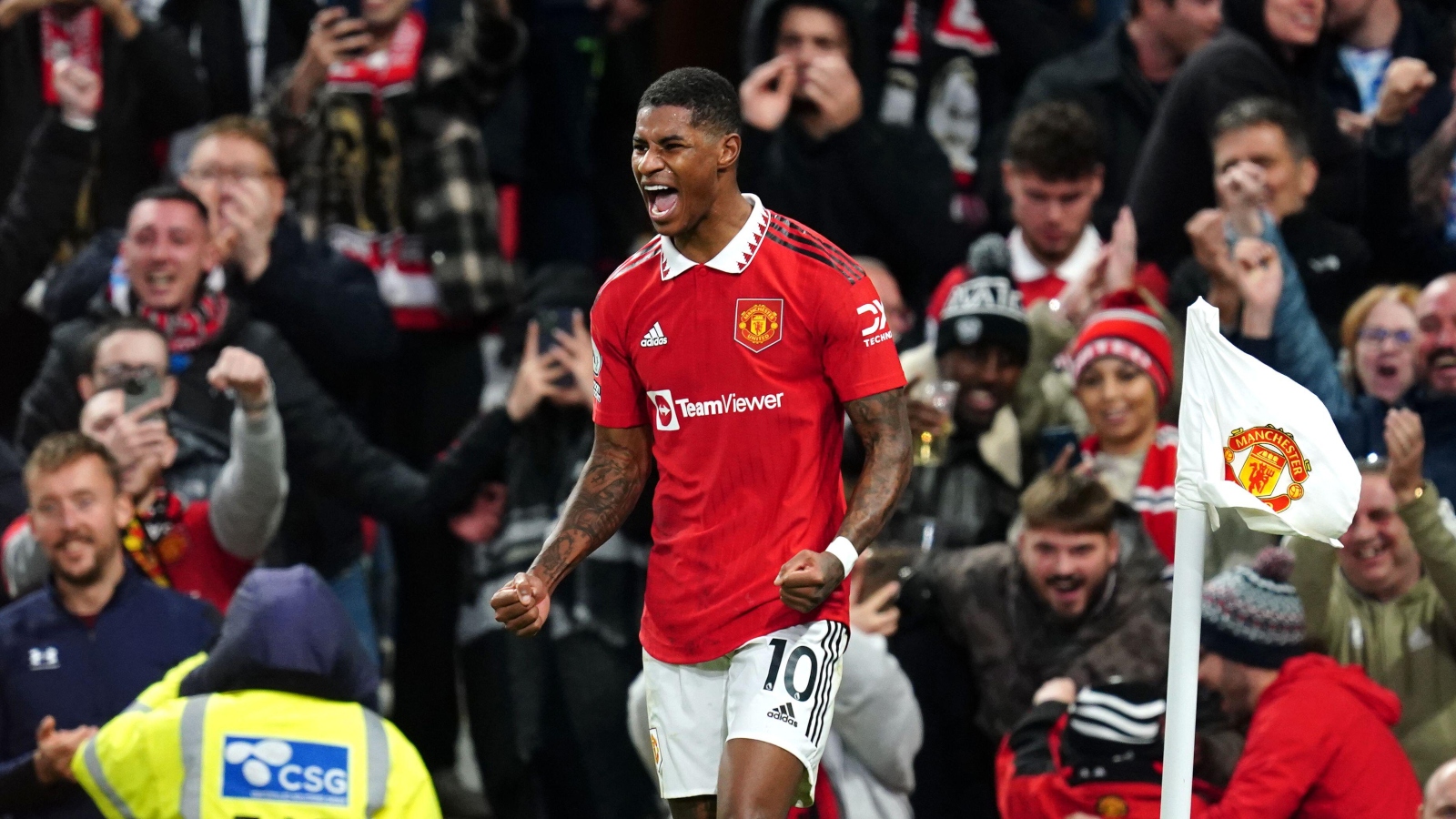 Marcus Rashford is good at football again and Madrid want him to replace Benzema, while Grealish could be out on his ear…

BELL TOLLS FOR GREALISH
Jack Grealish has started just one of 14 Premier League games for Manchester City this season and could be out on his ear to make room at the Etihad for England teammate Jude Bellingham.

Bellingham has been heavily tipped to leave Borussia Dortmund in the summer with seemingly every top club ready to pounce on the midfielder, whose asking price is now thought to be around £130m and rising all the time.

A report last month claimed Grealish is ‘devastated’ by his reduced role at City and is concerned he may be moved on in upcoming transfer windows.

The former Aston Villa skipper has just seven goals and four assists since his record £100m move to join Pep Guardiola’s side in the summer of 2021, and now sources have told Football Insider that the club is willing to sell the 27-year-old to part-fund a move for Bellingham.

REAL RASH
If you hadn’t noticed, Marcus Rashford is good at football again. He’s forced his way back into the Manchester United team under Erik ten Hag and is now vying to start against Senegal in the World Cup knockouts for England after his brilliant brace against Wales.

But will he still be wearing red at the start of next season? He’s yet to commit his future to United with six months left on his current deal, and the 25-year-old is ‘attracting attention’ from Real Madrid.

According to Express, Rashford is on a shortlist of players being looked at as long-term replacements for Ballon d’Or-winning talisman Karim Benzema.

United have an option to extend Rashford’s contract by another year, which protects against losing him for nothing this summer, but may decide to cash in on their prized asset if they’re not able to tie him down by that point.

The Red Devils are said to have offered Rashford £300,000 per week to remain at Old Trafford but will reportedly listen to offers of £80m if he refuses to sign a new deal.

COST OF CAICEDO
Ecuador may now be out of the World Cup, but Moises Caicedo managed to enhance his already burgeoning reputation in the Group stage in Qatar.

Linked with a host of top Premier League clubs in the wake of a stunning start to the season for Brighton, Manchester United and Newcastle now know they will have to pay between £60-70million to prise the 21-year-old away from the Amex according to The Sun, which will sting.

Both clubs were linked with Caicedo before he made his £3.6m move to Brighton in February 2021, with sources close to Caicedo claiming he was persuaded by the way Brighton pushed hardest when he was a relative unknown.