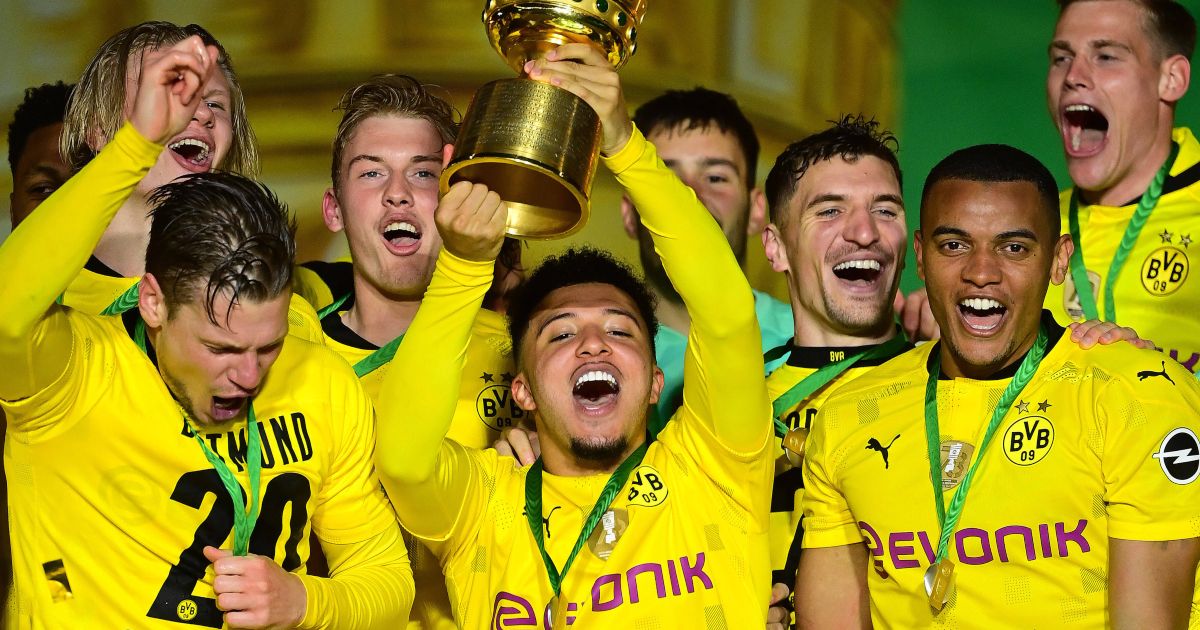 Man Utd are closing in on a club-record deal for their top target, while a Brazilian striker is on Arsenal’s radar…

SANCHO TO MAN UTD EDGES CLOSER
Manchester United are closing in on the signing of Borussia Dortmund winger Jadon Sancho this summer, according to reports.

The England international, who was selected this week to be part of Gareth Southgate’s Three Lions squad for the European Championship, was heavily linked with a move to Man Utd last summer. However, the Red Devils were unwilling to pay his £100million price tag and instead lined up cheaper alternatives.

Man Utd are understood to have reignited their interest this summer with the club ‘ready’ to sign Sancho before the Euros. Sancho has a ‘gentleman’s agreement’ with Dortmund sporting director Michael Zorc, allowing him to leave if their asking price is met and the timing is right.

And now the Daily Mirror claims that ‘terms have been agreed with the player’ as Man Utd ‘have been told it will cost them £81.5m’ to sign the Dortmund star. The main sticking point now is that the Bundesliga side ‘want a big slice of the fee paid up front, while United would prefer to split it into instalments.’

With Erling Haaland set to remain at the club this summer, despite huge interest, Dortmund are ‘prepared to sacrifice’ Sancho with the Germans suffering ‘huge financial losses’ during the pandemic.

Manchester City ‘will bank an £11million bonus should the Reds meet Dortmund’s latest demands’ as United’s rivals played a major part in his development before his move to Dortmund.

ARSENAL INTERESTED IN BRAZILIAN
Arsenal are keeping a close eye on Internacional striker Yuri Alberto, according to reports in Brazil.

Globo Esporte (via Sport Witness) claim that the 20-year-old is being ‘followed closely’ by a number of clubs in Europe with Arsenal as well as Barcelona one of the clubs which ‘monitors’ the Brazilian youngster. The Gunners have had Alberto ‘on the radar’ for a while now, entering ‘Arsenal’s agenda in 2017’.

It is claimed that Alberto was offered to Spanish giants Barcelona recently for €13m but that ‘the situation would not have excited the Spanish leadership’. The Internacional board consider Alberto to have the ‘greatest sales potential’ among their squad.