Home Arsenal Transfer gossip: Man Utd due in Amsterdam to sign Antony, may gazump Arsenal too 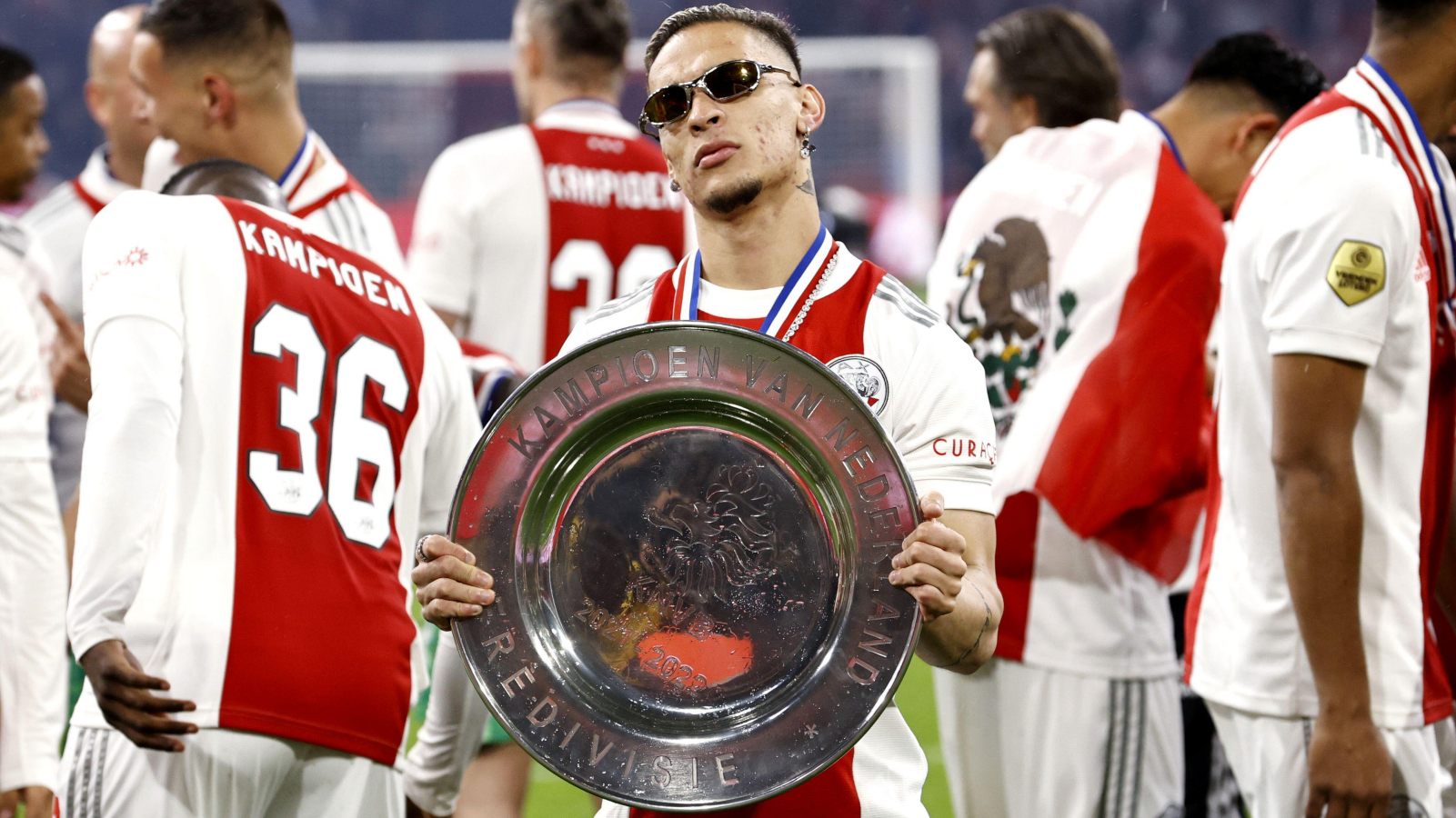 Man Utd officials are apparently heading to Amsterdam today with the intention of bringing back Antony for Erik ten Hag. While they’re there, they could also take an Arsenal target…

UNITED MEETING AJAX OVER ANTONY
Manchester United are apparently closing in on their first signing of the summer. And you’ll be stunned to hear it’s an Ajax player…

The Sun says United officials are due in Amsterdam today to get a deal over the line. The winger will cost the Red Devils around £40million.

While the United party is in the ‘Dam, they could also progress a move for Lisandro Martinez.

Having failed to sign Jurrien Timber after the Holland defender was warned against the move by Louis van Gaal, United are now set to gazump Arsenal in the battle for the Argentina centre-back. That’s the word according to The Mirror.

Though Arsenal might be happy to hear of United’s intent since De Telegraaf reckons the Gunners are looking to ‘back away’ from Martinez after their opening offer for the 24-year-old was rejected.

SPURS YET TO FOLLOW UP ERIKSEN INTEREST
You’re not allowed to sign for United this summer if you haven’t some link, present or past, to Ajax. Fortunately, Christian Eriksen has all the right credentials. And United’s run at the Denmark playmaker may be getting clearer…

It was thought that the Red Devils would have to battle Tottenham and Brentford for the free-agent, but Spurs’ interest may have cooled.

football.london says Eriksen’s former club haven’t followed up their initial interest in the 30-year-old after contact was made ‘a couple of weeks ago’.

Erik ten Hag wants Eriksen and Frenkie De Jong in his remodelled midfield, but United are understood to be no closer to a deal for De Jong. Richard Arnold’s Saturday session hasn’t helped but there are suggestions United don’t want to pay the Barcelona midfielder’s wages while he’s on holiday. Reports had emerged he would become one of the top three earners at Old Trafford, waiting two or three weeks could save the club around three-quarters of a million quid.

CHELSEA LEAD RICHARLISON RACE
Tottenham may have been distracted by their pursuit of Richarlison. Which doesn’t seem to be going as well as they might have hoped.

Chelsea are also keen on the Everton attacker. Indeed, the Independent says the Blues are leading the race.

Richarlison will cost £50million, wherever in London he decides to go. Arsenal are also sniffing, but they look set to be left to battle with Spurs for Gabriel Jesus.

The Eagles are said to be close to signing England stopper Sam Johnstone as a free-agent on a four-year contract. The former West Brom no.1 will mean Patrick Vieira has three goalkeepers – Jack Butland and Vicente Guaita too – who all reckon they should be first choice. It seems Butland might be the odd man out, with Boro apparently interested.

Vieira is also keen on another ex-England international. The Sun says Palace will rival Everton to take Harry Winks off Tottenham’s hands in exchange for around £20million.