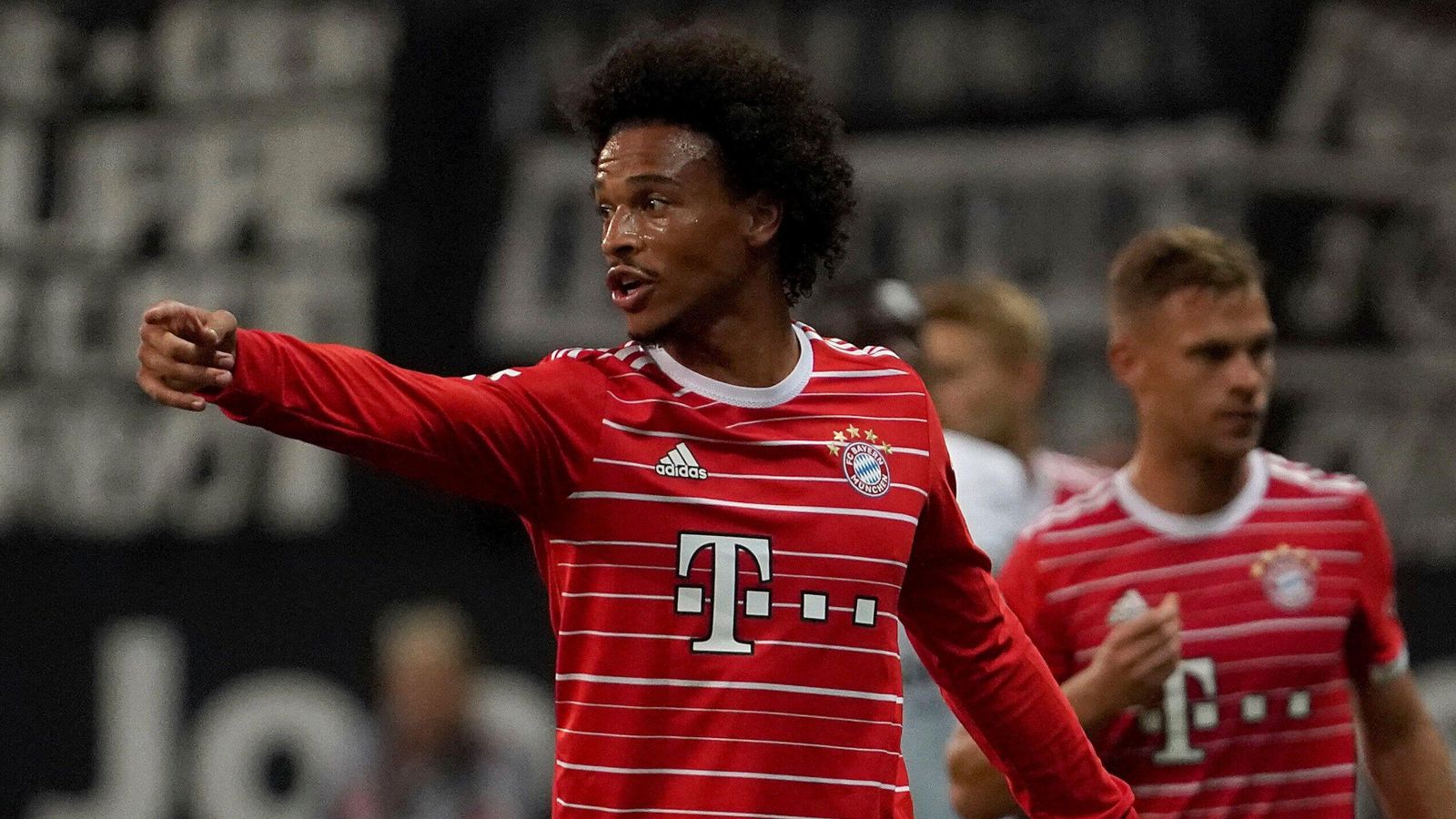 Man Utd and Liverpool are both keen on a Bayern Munich winger, while the Red Devils could swap a player for Frenkie de Jong…

GUNNING FOR THE SAME MAN
Man Utd and Liverpool are both interested in bringing Bayern Munich winger Leroy Sane to the Premier League, according to reports.

The 26-year-old left Manchester City in 2020 for the German champions after a successful four years at the Etihad Stadium, where he won two Premier League titles, an FA Cup and two League Cups.

Sane scored 39 goals in 135 appearances for City and has continued in a similar way for Bayern over the last couple of campaigns, bagging 25 goals in 91 matches. Man Utd are looking to strengthen attacking positions still this summer after bringing in Tyrell Malacia, Christian Eriksen and Lisandro Martinez so far.

And Sane reportedly fits the bill with the Daily Mirror claiming that the Red Devils have made a ‘surprise enquiry’ for Sane. New Man Utd boss is understood to be ‘happy’ with his frontline of Marcus Rashford and Jadon Sancho either side of Anthony Martial but a move for Sane would strengthen his options.

Bayern Munich have signed Sadio Mane this summer and there are rumours that his presence could push Sane down the pecking order at the Allianz Arena. Ajax winger Antony has been Ten Hag’s main attacking target this summer but the Dutch club’s price tag has put them off and now Sane is ‘being considered’.

And, despite widespread reports Liverpool are done with their transfer business, Spanish publication Nacional insist that the Reds are still looking for a ‘new addition’ in attack. Sane is understood to be the ‘most convincing’ option for Jurgen Klopp’s side with the Germany international ‘seriously’ considering his future in the Bundesliga.

The report predicts that he will be a ‘regular substitute’ this season and Klopp wants Liverpool to ‘submit a bid as soon as possible’ for Sane.

DE JONG LATEST
Frenkie de Jong is still at Barcelona with very little noise that his future is any nearer to be sorting. And it’s claimed today that Man Utd’s move for the Dutchman is ‘under more threat than ever before’ from Chelsea.

The Daily Express claims the Blues are ‘willing to match’ the Red Devils’ initial offer of €85m that they have broadly agreed with Barcelona for the midfielder. The current hold up is at the plaeyer’s end with Barca owing him aroun £17m in deferred wages and bonuses from the height of the Covid-19 pandemic.

De Jong would quite like to stay at Barcelona but the Catalan giants have asked him to take a wage cut of almost 50 per cent to remain at the Camp Nou. Man Utd are ‘relaxed’ about the situation but admit that Chelsea ‘pose a genuine threat’ to their attempts to sign him if he leaves Barcelona.

Because of that, Man Utd ‘will soon have to find ways of ensuring they have the upper hand’ over Chelsea and Donny van de Beek ‘could be key’ to their chances. Barcelona are in market for a ‘a playmaker to supply the ammunition’ to their forward line and Van de Beek ‘was on their radar’ before he moved to Old Trafford. And the Red Devils could now include the midfielder in a swap deal ‘on top of’ the €85m they are prepared to pay in order to secure a deal over Chelsea.

AND THE REST…
United are eyeing Napoli midfielder Fabian Ruiz as an alternative to De Jong…Everton manager Frank Lampard wants Rennes striker Serhou Guirassy, who is available for £15m…Bournemouth are set to sign Feyenoord centre-back Marcos Senesi…Dan-Axel Zagadou is attracting interest from West Ham and Roma…Red Bull Salzburg striker Benjamin Sesko has decided to remain with the Austrian club this season despite interest from Chelsea and Manchester United…Manchester United have added PSV Eindhoven’s Cody Gakpo to their transfer list.