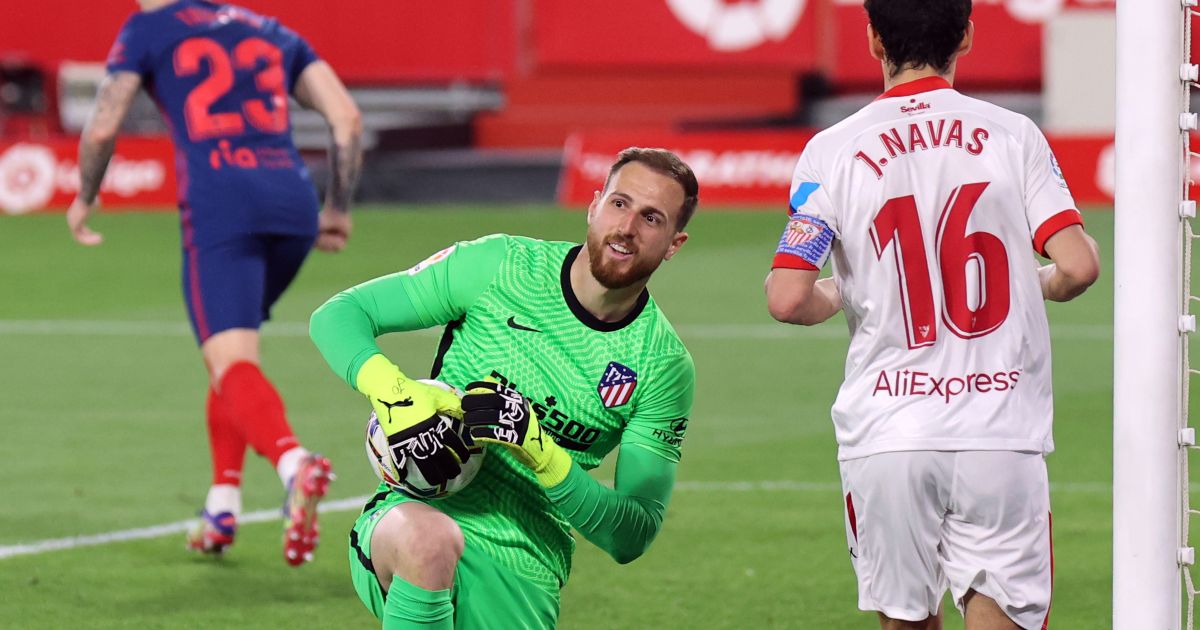 Man Utd ‘doubts’ lead them to Atletico Madrid’s door, while Liverpool are set to seal a deal…

HENDERSON ‘DOUBTS’ AT MAN UTD
Manchester United are set to pursue a deal for Atletico Madrid goalkeeper Jan Oblak despite the current battle between David de Gea and Dean Henderson at Old Trafford, according to reports.

Henderson and De Gea have been sharing the number one role for much of the season with the England international recently starting more Premier League matches than the Spaniard. Having overtaken De Gea in the Premier League, it now seems like it’s Henderson’s role to lose as the end of the season approaches.

However, 90min claim that ‘there are doubts within the corridors of power at the club over Henderson’s capability of retaining the number one spot, as well as concerns around De Gea’s contract compared to his squad status’. Man Utd are understood to be ‘open to offers’ with the club keen to get his £375,000-a-week wages off their books if he’s going to be used as a back-up goalkeeper.

The Red Devils have a long-standing interest in Oblak with the Slovenia international ‘ready to move to England if a deal evolves’. A ‘deal offering De Gea plus cash’ is said to be ‘an option’ but Man Utd would be required to ‘ subsidise’ some of the Spaniard’s wages.

90min adds: ‘Should any transfer take place, Henderson would then be given the option to challenge for his position or push to explore interest in a transfer – whether on a loan or permanent deal – to another club.’

LIVERPOOL SET TO WRAP UP KONATE
Liverpool are in the ‘final stages’ of negotiations to wrap up a deal for RB Leipzig defender Ibrahima Konate, according to BILD journalist Christian Falk.

David Ornstein brought us the report last week that the Reds were ‘at an advanced stage’ in negotiations over a deal to bring Konate to Anfield. It is understood that the France under-21 international has a €40m release clause that Liverpool are willing to trigger with ‘in the process of finalising a deal’.

Fabrizio Romano claimed it was not yet a ‘done deal’ despite reports of Konate already passing some medical tests. But now Falk reckons the Reds are close to sealing a deal but that the release clause could be lower than first thought.

“He doesn’t have seem to be that expensive after all,” Falk told BILD (via Sport Witness).

“It’s quiet, so they’re really in the final stages of the transfer now; I heard they’re going through, and they’re just going through all the data again as he’s had a few injuries.

“The nice news is they’ve always talked about €40m plus, but he’s supposed to cost, according to our information, the transfer fee is €32.5m- €34m.

“That means in these times, every million that’s cheaper makes the transfer easier, of course.”

AND THE REST…
Tottenham are interested in Feyenoord midfielder Orkun Kokcu, but face competition for the 20-year-old from Arsenal…Crystal Palace defender Patrick van Aanholt has been offered a three-year contract by Galatasaray…Liverpool are ready to trigger their option to buy Ozan Kabak…Argentina striker Mauro Icardi is looking to leave Paris Saint-Germain this summer…Tottenham are leading the race to sign West Bromwich Albion goalkeeper Sam Johnstone…Southampton are keeping tabs on Tottenham midfielder Harry Winks.