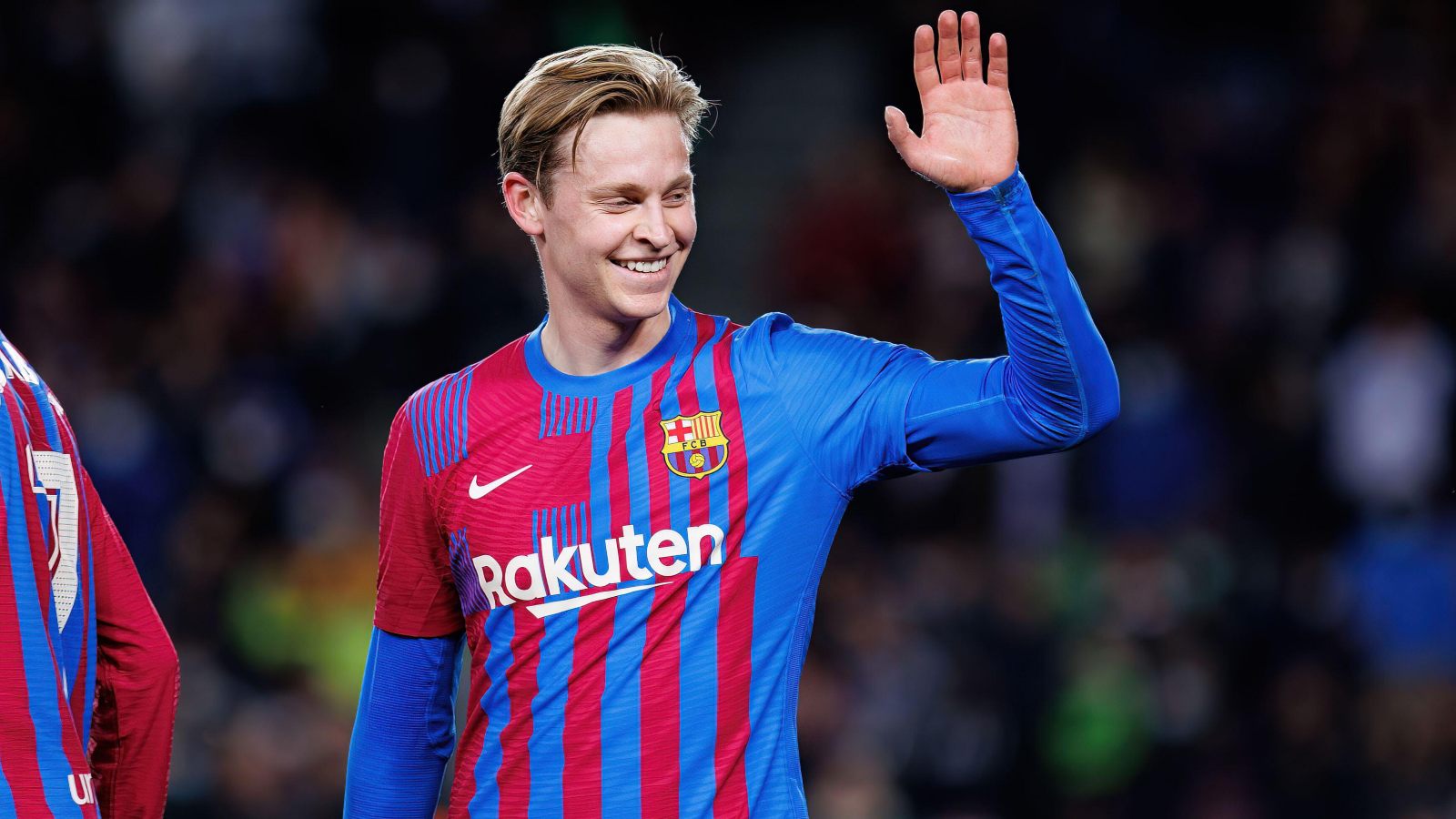 UNITED CLOSE TO COMPLETING DE JONG DEAL
Ideally, Manchester United need a couple of midfielders this summer. Reports in Spain suggest they are ’95 per cent’ there with one…

It is claimed that United are close to signing Frenkie De Jong from Barcelona and a deal could be announced very soon. That’s the word according to Gerard Romero, who says it’s a deal Barca need to do for financial reasons.

The move would see De Jong reunited with Erik ten Hag at Old Trafford after the pair worked together at Ajax, who made £65million by selling the Holland international in 2019.

De Jong has been linked with Manchester City of late, which has might prompt United to get a shift on.

TEN HAG’S TOP TARGETS NOT INTERESTED
The pursuit of De Jong seems to be going rather better than United’s attempts to land ‘three of Ten Hag’s major midfield targets’.

The Daily Star says the incoming boss put Declan Rice, Kalvin Phillips and Jude Bellingham at the top of his wishlist but United have struck out with all three.

POGBA OFFERED JUVE PACKAGE
One of the reasons United need midfielders is the imminent departure of Paul Pogba. He, like De Jong, has been linked with City, which only ever seemed like a thinly-veiled attempt by his agents – the same ones who’ve been working with City to get the Haaland deal over the line – to draw out interest from abroad.

It seems to have worked. The Mirror reckons Juventus have put on offer on the table for Pogba that would see him take a cut in his weekly wage to around £160,000 a week, but the 29-year-old would trouser a huge signing-on fee and massive bonuses.

PSG have also been credited with an interest in Pogba, but RMC Sport says the Ligue 1 champions still have to reduce their current wage bill before they can consider making the France star an offer.

Even if the Toffees, stay up, which is looking more likely than it did a fortnight ago, Frank Lampard will have to allow some of his stars to leave to balance the books at Goodison.

Antonio Conte is also being linked by GiveMeSport with a move for Leicester midfielder Youri Tielemans, who is one of Arsenal’s summer targets.