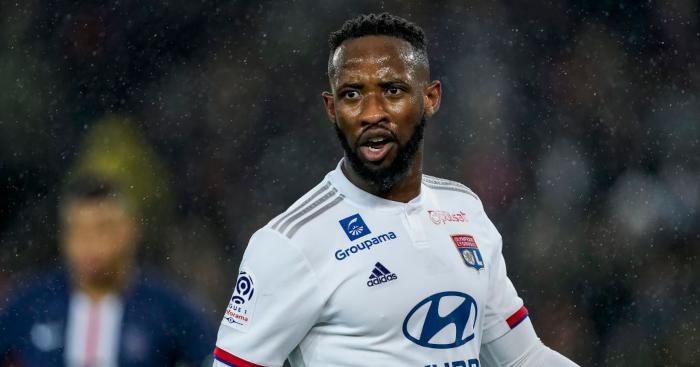 All of your transfer gossip here…

RODGERS EYES REUNION WITH FRANCE STRIKER
Moussa Dembele has certainly caught the attention of the Premier League’s big-hitters. Manchester United and Chelsea have both been heavily linked with the Lyon centre-forward since both tried to sign him in January. Now, another of the top four sides is said to be sniffing…

According to France Football, Leicester are keen to bring Dembele back to these shores to ease the goalscoring burden on 67-year-old Jamie Vardy. Brendan Rodgers worked with Dembele at Celtic and this report suggests the Foxes boss is ‘considering’ bring the striker to the King Power.

Though Rodgers’ side are currently flying higher than United or Chelsea, for Dembele, Leicester are not his priority destination. Ask him again, though, when the Foxes have a Champions League spot sewn up, perhaps at the expense of one of the other two.

OLD LADY OFFER CHELSEA DOUBLE SWAP DEAL
Chelsea undoubtedly have their minds elsewhere. Primarily on Timo Werner – who the Evening Standard claims will be a Chelsea player by the end of the week – and Kai Havertz, but the Blues will reportedly have to find the time to mull over a four-player swap proposal from Juventus.

Maurizio Sarri’s desire to bring Jorginho and Marcos Alonso to Turin is nothing new – last week it was claimed they would trade Douglas Costa for Jorginho – but now it seems they want to grease the wheels of a deal by sending two players in the opposite direction. Calciomercato says Juve will offer Adrien Rabiot and Federico Bernardeschi to Chelsea in an attempt to tempt them into returning Jorginho and Alonso to Serie A.

Chelsea, apparently, value their two players at around £70million, which suggests Juve will have to cough up some cash in addition to dispatching their deadwood to west London.

BIG GUNS TARGET WATFORD DEFENDER
While Watford have been struggling at the foot of the Premier League, Pervis Estupinan has been making quite the impression in La Liga. Estupinan remains a Watford player but having never pulled on a Hornets shirt, he is currently enjoying his fourth loan spell away from the club.

This season, the 22-year-old left-back has started all but one game for Osasuna during which time Manchester United, Barcelona and Atletico Madrid have fallen for the Ecuadorian’s charms, according to La Razon.

Barca and Atletico seem most keen – left-back is no longer a priority recruitment area for United – but Watford aren’t likely to be the beneficiaries of any windfall. Osasuna have the option to buy Estupinan permanently for £8.8million, probably before selling him on for a swift profit.

AND THE REST
Leicester and Palace are fighting to sign James Tarkowski from Burnley…Manchester City are tracking Real Madrid right-back Achraf Hakimi, currently on loan at Borussia Dortmund…Nice will offer £2million for Everton midfielder Morgan Schneiderlin…Spurs want to sign PSG captain Thiago Silva on a free transfer…Arsenal are willing to triple Thomas Partey’s wages to tempt him away from Atletico Madrid.