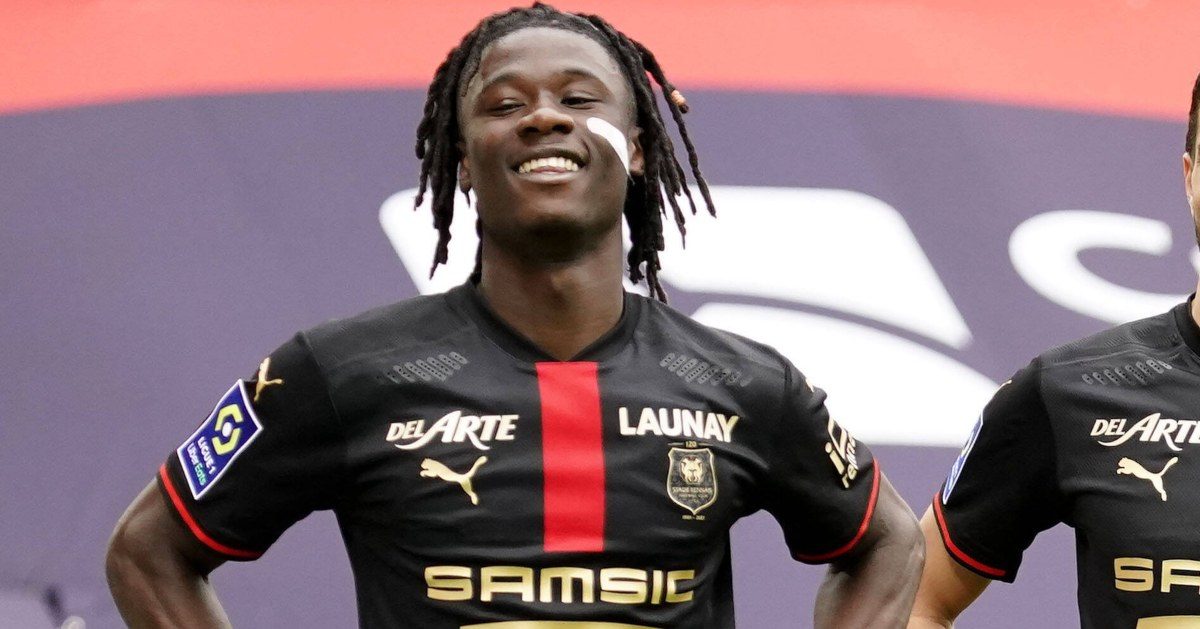 Man Utd are working on signing Eduardo Camavinga, while Tottenham chase one of Italy’s Euro 2020 heroes…

UNITED MAKE PROGRESS IN CAMAVINGA CHASE
It’s unfathomable why there is not a greater clamour this summer to sign Eduardo Camavinga. The Rennes midfielder is all set to move having entered the final 12 months of his contract and the French club would far rather profit now than lose the teenager for nothing next year.

Real Madrid, Liverpool and Arsenal are among the clubs who have been linked with Camavinga since he burst on the scene but it seems Manchester United are making a move.

Fabrizio Romano reckons United have made direct contact with the player, with Rennes will to negotiate on their demand for £25.7million. Which would be a sodding steal for any club which gets that deal over the line.

PSG were also sniffing too but the Parisians have already signed Gini Wijnaldum for their engine room.

Should United sign ‘the new Pogba’ the question would then become what do they do about the old one?

RONALDO WANTS JUVE EXTENSION
One of the possible options for United is to send Paul Pogba to Juventus in an exchange deal involving Cristiano Ronaldo.

The Portugal superstar, still the joint-top sorer at Euro 2020, appeared set to leave Juve this summer as the Old Lady makes cutbacks.

A return to Old Trafford has been mooted but this morning reports suggest Ronaldo is looking to extend his stay in Turin.

Gazzetta dello Sport reckons Jorge Mendes is in Juve’s ear to persuade them to extend the 36-year-old’s deal beyond next summer to 2023.

BARCA KEEN TO LET BIG-NAME DUO LEAVE FOR FREE
Barcelona are having to make even more drastic savings, though they don’t seem to be making much progress.

Lionel Messi is currently a free agent and though Barca are trying to re-sign the superstar, La Liga are refusing to allow them any leeway in their wage cap.

One way Barca are looking to make cut-backs is to simply release some players from their contracts. Goal reports the Catalans are willing to cut loose Miralem Pjanic and Samuel Umtiti, but in Umtiti’s case, Marca says the defender has rejected the offer to become a free agent.

SPURS IN FOR INSIGNE
Tottenham are among the clubs linked with Pjanic, which is inevitable with Fabio Paratici’s links with the former Juventus star.

Spurs are also reported to be interested in Lorenzo Insigne. The Napoli captain has starred for Italy at Euro 2020 but his contract in Naples has only a year left to run.

Corriere dello Sport says Barca are rivalling Spurs, which is hard to believe since they can’t pay the players they have and any signings they have made this summer have been freebies.