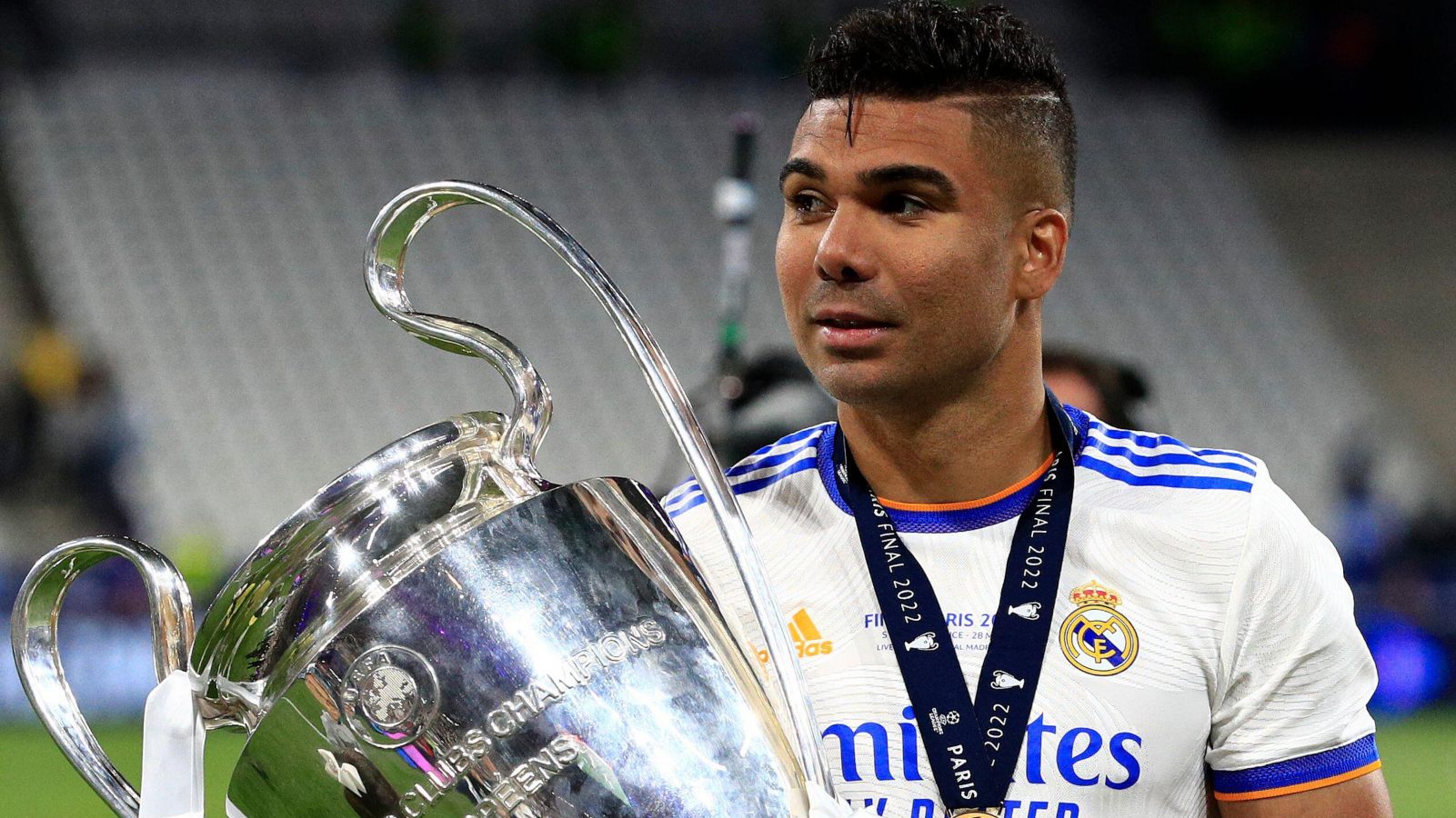 With Adrien Rabiot insisting on silly money, Man Utd are now wasting their time on Casemiro. But Atletico might give them Antoine Griezmann in exchange for Cristiano Ronaldo…

CASEMIRO, CUNHA CUSTARD-PIE MAN UTD
Strap in for a whistle-stop tour of the whispers around who’s swerving Manchester United this morning…

Frenkie De Jong signing in the next fortnight is ‘increasingly improbable’ while a move for Adrien Rabiot is now ‘highly unlikely’ because his Ma is asking for huge wages for her boy since he becomes a free agent at the end of the season. All that according to The Athletic’s David Ornstein.

De Jong and Rabiot aren’t the only players reluctant to board a sinking ship at Old Trafford. The Telegraph are among a number of outlets reporting that Casemiro is the next midfielder on United’s list and they could offer Real Madrid £50million for the 30-year-old. But reports in Spain suggest the Brazilian isn’t interesting in moving his family from Madrid.

It’s a similar story with Matheus Cunha. United were heavily linked with the Atletico forward on Monday but the Rojiblancos have apparently told United not to bother coming with anything less than the value of his release clause which is understood to be around £6omillion. Even if they did, Mundo Deportivo says Cunha isn’t keen.

United are also be keen on Joao Felix, according to Marca. Which we’re sure they are, bless ’em. Atletico are rather more happy to palm Antoine Griezmann off on the Red Devils, with The Times reporting that the France star may be offered in exchange for Cristiano Ronaldo.

Erik ten Hag would prefer Hakim Ziyech and the United boss is said to have been pushing the board hard for the Chelsea winger. L’Equipe says John Murtough and Richard Arnold are ‘listening’ and may be willing to move if Chelsea’s asking price is reasonable. Which given United’s desperation, it certainly will not be.

Antony was Ten Hag’s primary attacking target but De Telegraaf reports that the Brazilian is no longer interested and would prefer to stay at Ajax. Which comes as no f***ing surprise whatsoever.

CHELSEA MOVING FOR AUBA, STAND FIRM ON FOFANA
Away from the skip fire at Old Trafford, it’s likely to be a busy fortnight at Chelsea, despite the Blues already having the largest net spend in Europe since 2020.

Todd Boehly has scheduled more talks with Pierre-Emerick Aubameyang’s agent this week, according to Fabrizio Romano. The Blues want to assess the striker’s personal terms before submitting another bid to Barca, who apparently want £23million.

The same source says Chelsea have already agreed terms with Wesley Fofana over a move from Leicester but the Blues are refusing to meet the Foxes’ demand for £85million.

Chelsea, though, have found an agreement with Inter to sign midfielder Cesare Casadei for 312.6million plus £4.2million in add-ons. That’s according to Sky Sports.

Liverpool join top 10 net spenders since 2020 as Chelsea buy their way to no.1…

Foot Mercato says the French side want to bring Nicolas Pepe back to Ligue 1 on loan and the winger is keen on the move having already held talks.

Nice were also keen on Edinson Cavani but the ex-Man Utd striker is holding out for a move to La Liga. So Fabrizio Romano claims they have switched their focus to Ben Brereton Diaz, with a £10million offer having been submitted to Blackburn.