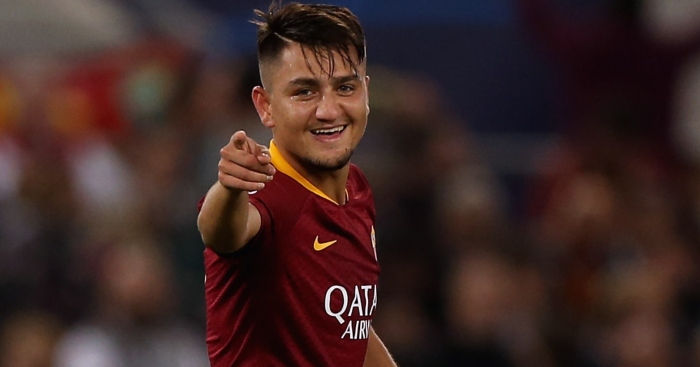 MAN UTD TO GO UNDER
Since Jadon Sancho is likely to cost a sodding fortune, Manchester United have spent most of the last fortnight looking at alternatives to the Borussia Dortmund winger. We looked at 11 of them, while Corriere dello Sport have come up with another…

Apparently United have registered an interest in Cengiz Under. The Roma star has caught the eye of most of Europe’s big-hitters and the Red Devils are reported to have spoken to ex-Tottenham technical director Franco Baldini, who acts as an advisor to Roma owner James Pallotta.

One of Under’s most attractive qualities is his price tag. The Turkey star could cost around a quarter of the figure Dortmund are asking for Sancho, and almost half the price Fiorentina want for Federico Cheisa. Roma are said be willing to do business for a shade under £30million, while Chris Smalling could also enter the discussions.

FAMOUS FIVE EYE MONACO STAR
United are also sniffing around Wissam Ben Yedder. As is half the Premier League, apparently…

Ben Yedder is said to be keen to leave Monaco this summer for a club in the Champions League, which makes France Football’s claim of interest from Arsenal rather more curious. Liverpool are also said to be keen on the 29-year-old, who finished the Ligue 1 season as joint-top scorer.

Monaco are reported to be willing to consider offers of £40million, with L’Equipe claiming recently that Tottenham and Manchester City are also interested.

CITY TO TURN TO ALABA
Ben Chilwell is similarly in demand but ‘Leicester do not want to sell… even if they are offered in the region of £50million’.

That’s the claim of Sky Sports and it hardly comes as a surprise. Leiecester would be mad to sell Chilwell at that price. Manchester City or Chelsea would surely have to add another £20million to that figure just to get the Foxes to take their call.

City could be tempted by David Alaba instead. The Bayern Munich left-back is entering the final year of his contract and The Telegraph says the Bundesliga champions would rather sell Alaba this summer than risk lose the 27-year-old for nothing.

Pep Guardiola would have to get in the queue for a player he previously managed at Bayern. PSG are also said to be pursuing Alaba.

AND THE REST
Barcelona will offer Lionel Messi a new contract to 2023… Pedro is unwilling to finish the season at Chelsea to avoid risking his move to Roma… Ryan Fraser wants at least £100,000-a-week to sign for another club as a free agent after rejecting Bournemouth’s offer of a new deal to finish the campaign… Everton are currently favourites to land Fraser… Monaco right-back Benjamin Henrichs is set to join RB Leipzig despite interest from Bayern Munich.