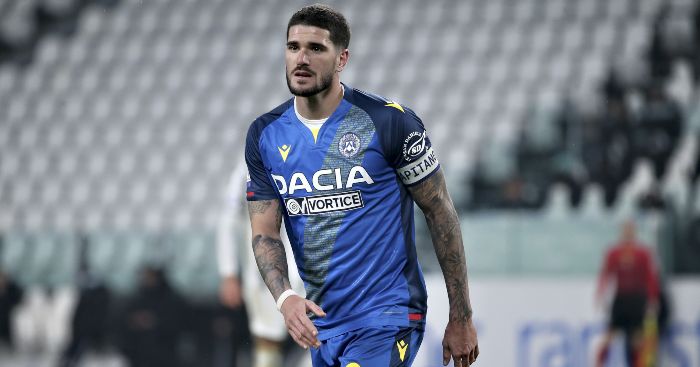 Man Utd and Chelsea could clash over a midfielder, while Liverpool are eyeing a replacement for Georginio Wijnaldum…

RICE RICE BABY
Man Utd are prepared to go head-t0-head with Chelsea in an attempt to bring West Ham midfielder Declan Rice to Old Trafford, according to reports.

Ole Gunnar Solskjaer is said to be keen to add a defensive midfielder to his ranks but will face competition from Chelsea, who have long been linked with the West Ham star. Frank Lampard reportedly wants Rice to join him at Stamford Bridge with a view to playing him at centre-back.

The £80million-rated England international is thought to be keen on a return to Chelsea, where he emerged through the youth system but the west London club could face serious competition from Man Utd.

ESPN claims that the Red Devils ‘are prepared to rival Chelsea for’ Rice with Solskjaer ‘keen to continue his overhaul of the squad at the end of the season with a forward, central defender and a defensive midfielder his priorities’. The report adds that Rice ‘is aware of the interest, although United accept Chelsea are in pole position’ should he leave the Hammers in the summer.

It is understood that West Ham would demand £70m for his services this summer in the belief that their price tag will be enough to warn off potential suitors. Man Utd are ‘willing to spend’ in the summer but Ed Woodward will ‘continue to be cautious with club funds while the coronavirus pandemic is ongoing’. A move for Rice depends a lot on the future of Pogba with the report adding that ‘no fresh talks over a new contract are planned’.

LIVERPOOL TO MAKE  ‘OFFICIAL MOVE’?
Jurgen Klopp wants to bring Udinese midfielder Rodrigo de Paul to Liverpool as a replacement for Georginio Wijnaldum, according to reports in Italy.

The midfielder has been heavily linked with Leeds since last summer, with the Yorkshire club thought to be closing in on a transfer back in September, although it never materialised. It is now understood Leeds will face competition from Premier League champions Liverpool if they want to take De Paul to Elland Road.

Corriere dello Sport (via Sport Witness) claims that Klopp has ‘targeted’ De Paul with it appearing increasingly likely that Wijnaldum will join Barcelona in the summer. It is said that €40m ‘may not be enough’ if Liverpool want to get a deal for the Argentina international over the line.

It will now take ‘an official move’ from Liverpool to ‘try and force the hand’  despite talks already in motion.

AND THE REST
AC Milan want an option to buy Chelsea centre-back Fikayo Tomori if they sign him on loan this month…Chelsea midfielder Danny Drinkwater is about to sign a loan deal with Turkish side Kasimpasa…Bayern Munich have approached Real Madrid about signing defender Eder Militao as a potential replacement for David Alaba…Atletico Madrid manager Diego Simeone is keen on a move for Arsenal forward Alexandre Lacazette…There are three contenders to sign Arsenal striker Folarin Balogun on a pre-contract agreement this month.