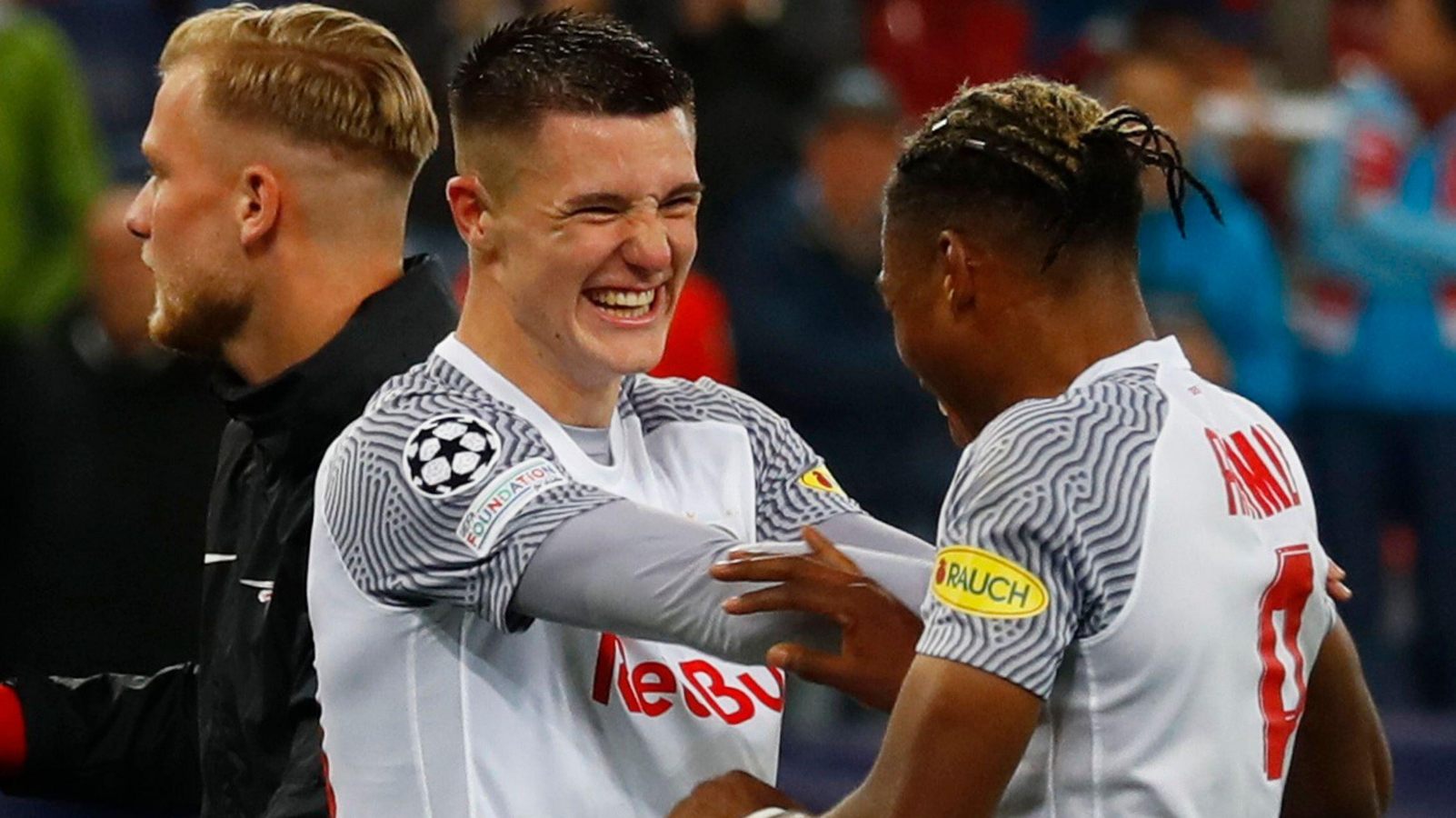 Man Utd and Chelsea have both met with the agent of RB Salzburg striker Benjamin Sesko in the last week. Now they know how much he would cost…

SALZBURG SET SESKO PRICE
Benjamin Sesko is the striker you didn’t know you needed a week ago. Now Manchester United, Chelsea and Newcastle are all eyeing up the teenager.

Both United and Chelsea have met with Sesko’s agent in the last seven days, with John Murtough making the Red Devils’ pitch last Wednesday before Todd Boehly had his chance on Sunday.

The Premier League trio’s interest has hardly been shunned by RB Salzburg. Indeed, The Independent says the Austrians are open to offers of anything over £45million for the 19-year-old.

EVERTON EYE CHELSEA STRIKER
A month after selling Richarlison to Spurs for around £60million, Everton have apparently identified who they want to replace the Brazilian…

That man is Michy Batshuayi. According to Talksport at least.

Batshuayi is back at Chelsea this summer until they can park him somewhere else again. Since his £30million move to Stamford Bridge in 2016, the Belgium international has had loan spells at Borussia Dortmund, Valencia, Crystal Palace and Besiktas.

But Frank Lampard, who knows Batshuayi from his time as Chelsea manager, is willing to take the forward on a permanent deal, and the player is keen to go. The fact he is in the final year of his Chelsea contract also makes the Blues a keen seller.

LIVERPOOL FORWARD SET FOR NEW NEW DEAL
Across Stanley Park, Liverpool have already remodelled their forward line. The signings of Luis Diaz and Darwin Nunez this year appear to have kept Diogo Jota on the periphery of Jurgen Klopp’s front three. But the Reds are still keen to tie down the Portugal attacker.

Despite having three years left to run on the contract he signed upon moving to Liverpool in 2020, The Telegraph says the club are intent on renegotiating his terms.

Apparently, Jota has ‘met performance expectations and can expect a significant salary increase’.

MAN UTD CLOSE IN ON MIDFIELDER
Manchester United are finally closing in on a central midfielder. Not that one…

Indeed, this one won’t be seen near Erik ten Hag’s first-team. According to The Telegraph, Tom Huddlestone is in advanced talks with United over joining the club to serve as a player-coach with the Under-23s.

Paul McShane has served in a similar role, one that more Premier League clubs are adopting. Jay Spearing returned to Liverpool this summer, while Huddlestone looks set to join United after the 35-year-old left Hull at the end of last season