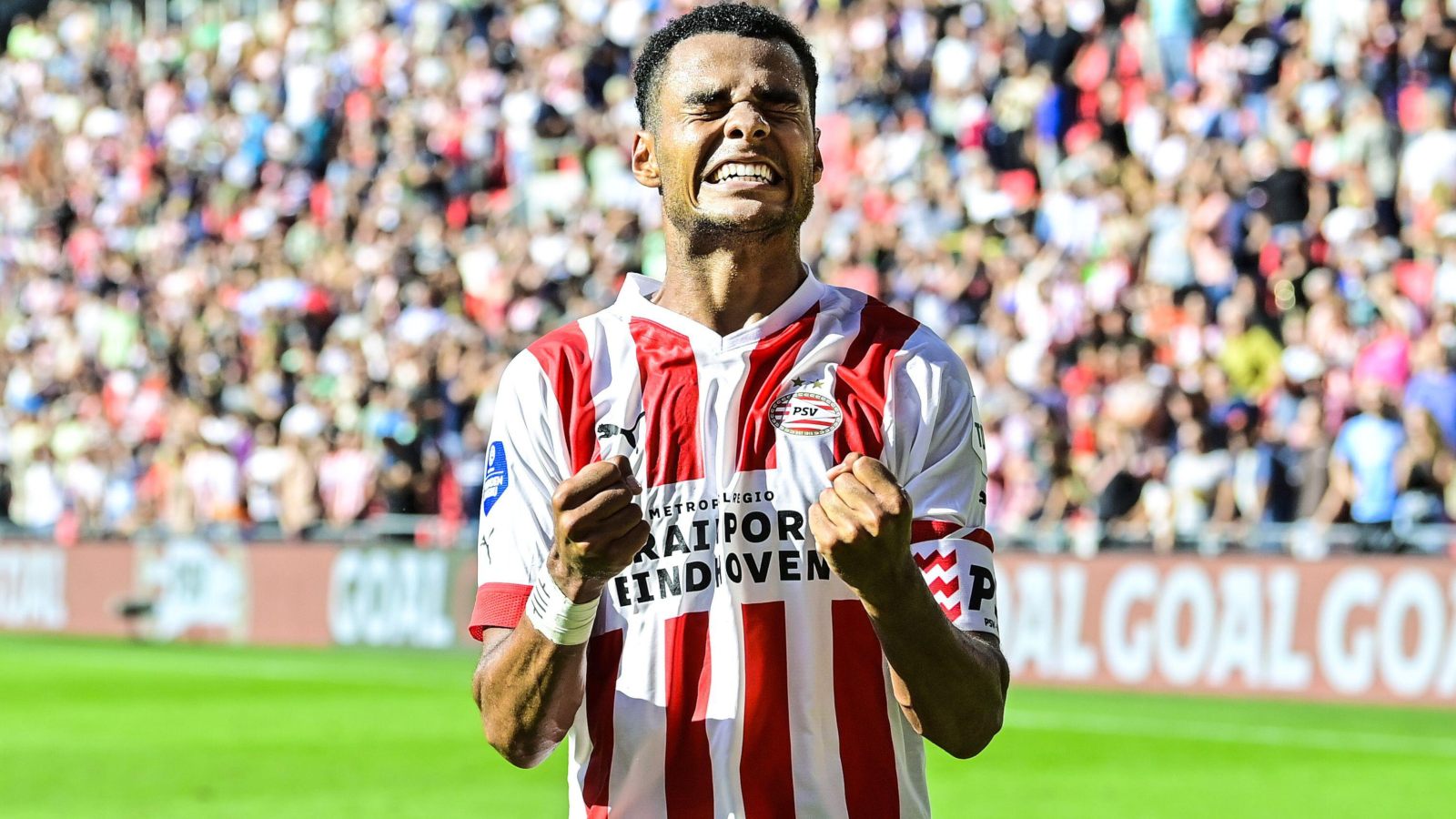 Manchester United are still intent on signing Cody Gakpo after they walked away from a deal during the summer. Also: Liverpool are linked again with an Argentina debutant…

UNITED STILL WANT PSV STAR
There was a time during the summer when it was thought that Manchester United would sign Cody Gakpo. But then the price for Antony skyrocketed and no offers came forth for Cristiano Ronaldo, aside from one from Saudi Arabia, which the Portugal megastar is now considering.

That led to disappointment for Gakpo, who got as far as agreeing personal terms with United, but the Red Devils never reached the point of submitting a formal offer for the PSV Eindhoven forward.

“Cody had a difficult preparation with us because he has spoken with Manchester United,” said PSV chief Marcel Brands earlier this month. “They didn’t come until mid-August and it didn’t go through.”

That doesn’t mean that United’s interest is over, however. Forbes says the Red Devils will return for Gakpo ‘in the next 12 months’ once Ronaldo has moved on to free some space on the wage bill. The 23-year-old has put his disappointment behind him to start the Eredivisie season in flying form, scoring 10 goals while offering nine assists in 13 games in all competitions.

RED DEVILS EYE VILLANS STOPPER
United also have to address their goalkeeping department in the next year, with David De Gea’s deal expiring at the end of the season.

The Red Devils could opt to extend those terms for another 12 months but given the salary the Spaniard makes, United may choose to leave it.

Jan Oblak has been mentioned as a potential replacement, as has Jordan Pickford. On Monday it was claimed that Atletico Madrid are so concerned about losing Oblak either on the cheap in January or for nothing next summer that they are already looking at replacements, with Aston Villa’s Emi Martinez in the frame.

According to Football Insider, United are also keeping tabs on the Argentina stopper. Villa would not be willing sellers, however, since Martinez is under contract until 2027.

LIVERPOOL LINKED AGAIN WITH BENFICA MIDFIELDER
Liverpool’s need is clear in the coming year or so: strengthen their midfield.

The Reds have been waiting for Jude Bellingham to become available but it seems they have been caught up in the race for the Borussia Dortmund star by Real Madrid and Manchester City.

Which means Jurgen Klopp will have to consider alternatives, with Enzo Fernandez among them.

Liverpool ‘don’t rule out’ a move for the Benfica midfielder, according to O Jogo. Though neither the midfielder, who made his international debut this week, nor his club wish to do a deal mid-season meaning the Reds will have to wait until next summer for a player with a reported release clause of £106.5million.

READ NEXT: Five players who signed in summer transfer window already being eyed for next move