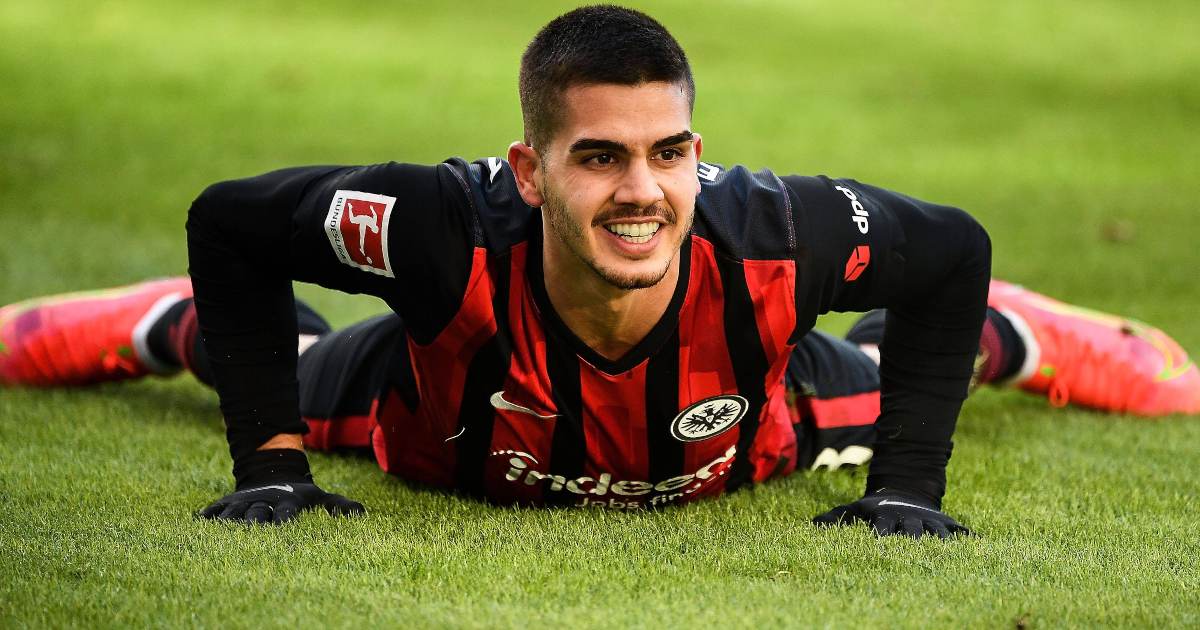 SILVA LINING IF UNITED FAIL TO LAND HAALAND
Edinson Cavani is keen to stay at Manchester United for another season but the Red Devils are assessing their options. They want Erling Haaland. They wanted him when he went to Borussia Dortmund and they want him again this summer when it seems the Norwegian could be on his way again.

But United would be wise to make contingencies given the competition for Haaland; the identity of his agent; and their habit of making a c*ck and balls of these things. It seems, though, that they are wising up. And, apparently, Andre Silva features in those plans.

Silva is on fire at Eintracht Frankfurt this season, scoring 18 goals in 20 Bundesliga appearances. The Portugal centre-forward is wanted by Atletico Madrid, but Sky Germany claims United are also sniffing around the 25-year-old.

Apparently, Bayern Munich fear the winger could be United-bound. Coman is one of a few players approaching contract renewal time, and while Leon Goretzka and Joshua Kimmich are expected to recommit to the champions of everything and everywhere, the Frenchman is causing concern at the Allianz Arena.

Bild says the worry among Bayern officials is that Coman would be tempted by the salary on offer at United, where he might earn double his current wages of £140,000 a week.

They fear a repeat of the David Alaba situation, though Coman still has two years remaining on his current terms.

Alaba, Mbappe next? Five players who moved for free at their peak

PSG WON’T LET MBAPPE GO CHEAP
Real Madrid are one of the clubs keen on Haaland, and the latest word from PSG may only serve to intensify their desire to land the Dortmund star.

Kylian Mbappe is Real’s No.1 target. It has long been assumed that the France star would end up at the Bernabeu but… Covid.

The purse strings have certainly been tightened at the Bernabeu, even if they have saved their pennies. And the prospect of Real – or anyone else – meeting PSG’s latest demands for Mbappe seem remote in the extreme.

According to Le Parisien, PSG won’t sell Mbappe for anything less than £174million this summer, which seems ludicrous given the striker has a year remaining on his contract. And he seems determined to run down his current deal so he can have his pick of clubs next year.

Early winner: Kylian Mbappe and another step to greatness

Goal says Real have their eye on Pau Torres. The Villarreal defender has also been linked with Liverpool and Barcelona, but that was before his release clause rose from its initial value of £43million.

Now Real may have to cough up £57million to prise Torres away from Villarreal, which would break their record fee for a defender. But the Madrid giants apparently hope Villarreal will take kindly to any approach since the two clubs seemingly get on well.

Probably not that well, though.

SEVILLA EYE LIVERPOOL FLOP
Liverpool were happy to send Takumi Minamino out on loan at the start of the month and any return to Anfield looks set to be temporary.

It is claimed that the Reds would be willing to sell Minamino if they got their money back, plus a little extra. The Japan star arrived from RB Salzburg just over a year ago for £7.5million, and Liverpool would reportedly sell him on for around £8.6million.

Sevilla are said to be tempted, according to Fichajes.