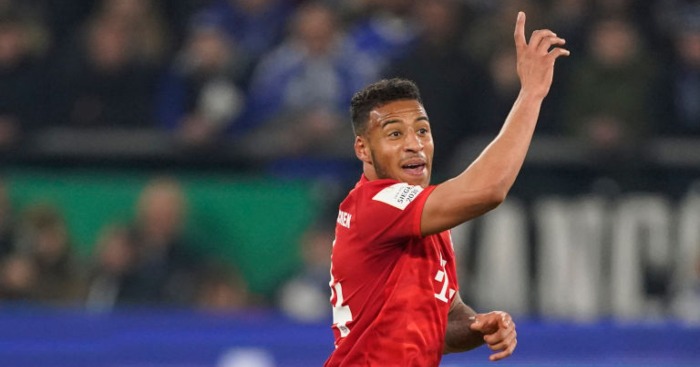 Man Utd want to bring a midfielder to Old Trafford this summer, while both they and Liverpool have suffered a transfer blow…

MAN UTD WORKING ON TOLISSO DEAL
Manchester United ‘are keen to bring’ Bayern Munich midfielder Corentin Tolisso to Old Trafford in the next transfer window, according to reports. Bayern signed Tolisso from Lyon back in 2017 for a Bundesliga transfer record of £37m, but the 25-year-old has failed to live up to expectations.

A serious knee injury kept Tolisso out for the vast majority of the 2018/19 campaign and the Frenchman has struggled this season for regular game-time under Hans-Dieter Flick. Reports in Germany in February claimed that Man Utd made a bid for Tolisso in January but he ‘had no choice’ but to reject the Red Devils due to a lack of depth in their squad.

And now the Daily Express claims that Man Utd are ‘working on a deal’ to bring the 25-year-old to the Premier League and Bayern ‘aren’t going to stand in his way as they look to fund transfers’. Due to his injury problems, the Red Devils ‘will want him to prove his fitness before pressing ahead with a move’ and the German outfit ‘will allow the Frenchman to move on’.

LIVERPOOL, MAN UTD TO LOSE OUT TO NEWCASTLE
Liverpool and Manchester United have been dealt a blow in their pursuit of Kalidou Koulibaly, according to reports. Just a few days ago, Le10Sport claimed that Liverpool were ‘in pole position’ to sign the centre-half from Napoli this summer. But now it seems one of their Premier League rivals has overtaken them.

Area di Rigore journalist Paolo Esposito (via Sport Witness) claims that Newcastle United are in “pole position” despite the earlier reports in France stating that Koulibaly had received contract offers from both Liverpool and Man Utd. With Esposito adding that Man Utd and Liverpool may have “more charm” but Newcastle have more money.

“Juventus do not have the economic strength to buy the Neapolitan Kalidou Koulibaly,” Esposito said.

“I believe he, will go to the Premier League, where there is Newcastle in pole position.

“Then there are Manchester United and Liverpool, who have much more charm than Newcastle but offer less, both for the card and for the engagement.

“Of course, if Koulibaly went to Liverpool, he would form a stratospheric couple with Virgil van Dijk! The best defensive couple in the world!”

VILLA REFUSE TO BE BULLIED
Aston Villa will not budge over their £80m valuation of midfielder Jack Grealish, according to reports. Only nine days ago, The Sun said that Man Utd ‘are stepping up their pursuit’ of the Villa captain who ‘could be available for as little as £50m’ if they are relegated.

And now the Daily Mirror claim that Villa  ‘will not be bullied over their £80m valuation’ and that’s ‘even if the club loses its survival fight’. Grealish, along with James Maddison, has been heavily linked with a move to Old Trafford over the past 12 months. And now Man Utd have ‘started their background checks’ on Grealish despite Villa being ‘committed to keeping’ the 24-year-old.

Villa ‘remains steadfast that they will not be hammered down from what they see as a fair market value’.

AND THE REST…
Chelsea midfielder Willian has refuted claims that he has had any contact with Jose Mourinho about a move to North London…The Blues will receive £48.5million when the permanent sale of Alvaro Morata to Atletico Madrid is ratified in the upcoming transfer window…Barcelona legend Xavi has said that Liverpool winger Sadio Mane and Arsenal marksman Pierre-Emerick Aubameyang would both likely flop if they moved to Camp Nou this summer…Newcastle boss Steve Bruce has warned that there is widespread criticism to plans to resume the Premier League on June 12…The Magpies will target a move for Crystal Palace winger Wilfried Zaha if their takeover is completed…Manchester United hero Wayne Rooney has said that his former side made a mistake by sacking Louis van Gaal in 2016…Ex-Wales manager Chris Coleman has declared that Juventus midfielder Aaron Ramsey would be a good fit at the Red Devils…Arsenal are eyeing a move for Barcelona’s Brazilian goalkeeper Neto.