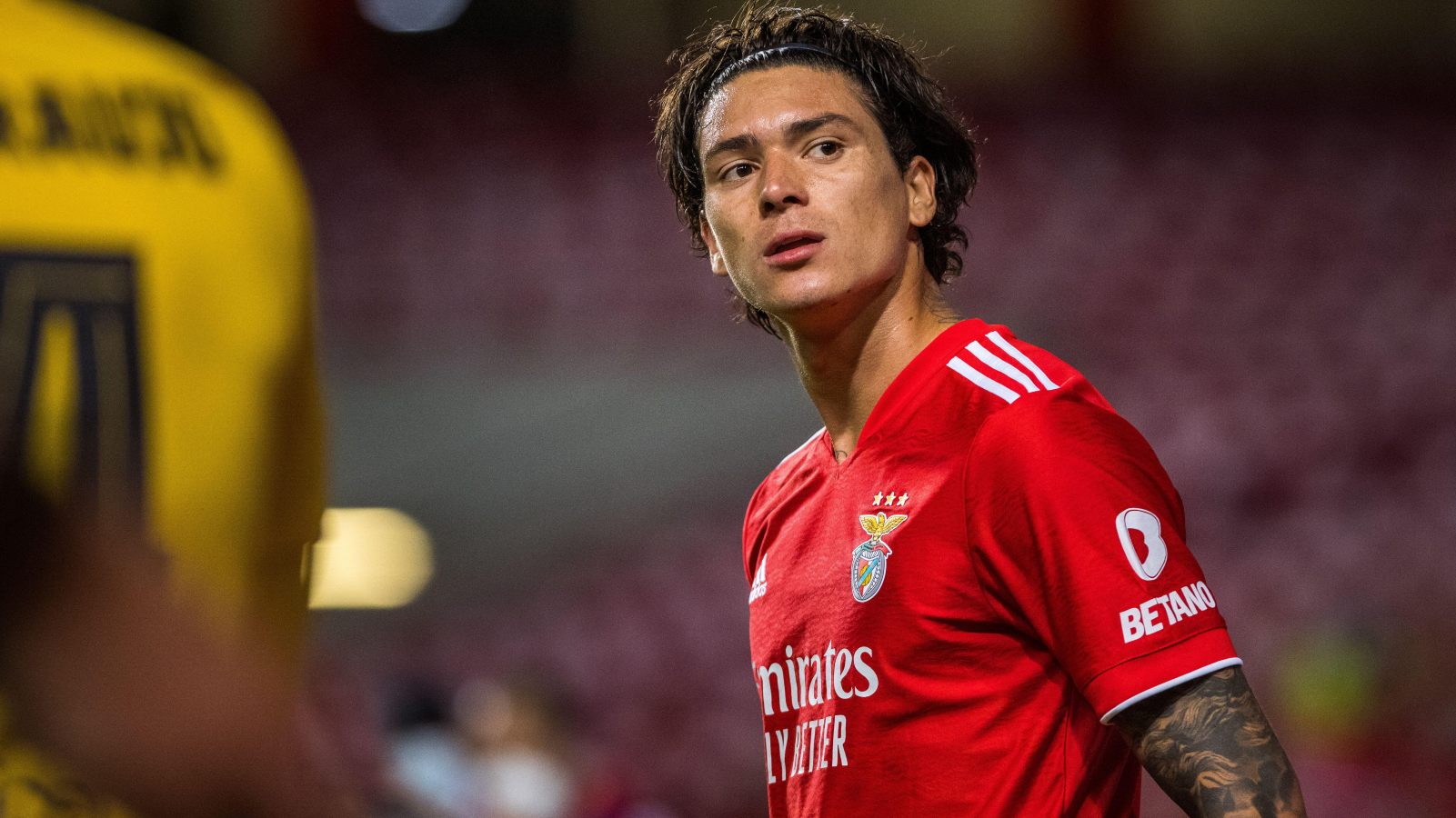 Manchester United are still clinging on in the race to sign Darwin Nunez, while Arsenal are doing the dance again with a January target…

MAN UTD STILL TALKING TO NUNEZ
It was reported on Thursday that Darwin Nunez has agreed personal terms with Liverpool. So that’s that, right?

Maybe. Maybe not. It’s all shaping up for Nunez to move to Anfield. The striker has his deal in place; it seems Anfield is his preferred destination; and Liverpool are ready to stump up what could amount to a club-record fee.

But Manchester United aren’t giving up yet. The Daily Express reports that the Red Devils held talks with Nunez’s new representative Jorge Mendes on Thursday afternoon and it seems unlikely that they would not offer to at least match the terms Liverpool are offering. Indeed, with no Champions League football to offer next season, they will have to sweeten the deal somehow.

With the Reds taking their sweet time to submit their initial offer to Benfica, it would appear United are waiting to see the lay of the land before they submit their own bid.

RED DEVILS MORE FOCUSED ON MIDFIELD
Sure, Erik ten Hag would like Nunez, but a central midfielder has become the United manager’s overwhelming priority.

That’s the word according to ESPN, where it is reported that the Red Devils could go into the new season with the attackers they already have because Ten hag is confident there are plenty more goals to be squeezed out of Cristiano Ronaldo, Marcus Rashford, Jadon Sancho, Anthony Elanga and Bruno Fernandes.

Apparently, United would move for a goalscorer ‘should the right one become available’ which is a p*ss-poor mindset for a club still claiming to be one of the biggest in the game.

It seems the Red Devils can’t focus on two things at once, since the engine room is Ten Hag’s main concern, all the other areas which need strengthening will have to wait until they’ve landed a midfielder.

Their first bid has been submitted for Frenkie De Jong, which is believed to amount to around £70million – also the amount they, or anyone else, would have to pay to get Ruben Neves from Wolves, says The Telegraph.

CHELSEA EYE PSG, BRIGHTON DEFENDERS
Like United, Chelsea have plenty of work to do now their sanctions have been lifted and Todd Boehly can begin furnishing Thomas Tuchel with new players.

The Blues are desperate for centre-backs and BILD reckons they could raid PSG again to link Presnel Kimpembe up with Thiago Silva once more.

Tuchel is also in the market for a left-back, with doubts over Marcos Alonso’s future, and the Blues are reported by Goal to be sniffing around Brighton’s Marc Cucurella. The Spaniard is also receiving interest from Man City and Tottenham, but the Seagulls would expect around £50million for their player of the season.

Chelsea also need to attend to their right-back area, with Reece James waiting to discuss a new contract. The Daily Mail says City and Real Madrid are monitoring the England defender’s situation while the Blues play a risky waiting game. They feel comfortable with the three years remaining on James’ current terms but the 22-year-old is paid considerably less than his status in the squad merits.

ARSENAL BACK FOR ARTHUR
According to Calciomercato, Arsenal have revived their interest in Arthur. But the terms don’t look particularly appealing…

Juventus are said to be open to offers for the midfielder but they want to raise not far short of £50million by selling the midfielder. Since Arsenal wanted a loan deal in January, it seems unlikely they would suddenly splurge now.

Juve would also consider letting Arthur move to north London if it involved an exchange with either Gabriel or Gabriel Martinelli. Which, again, sounds very optimistic on the Old Lady’s part.