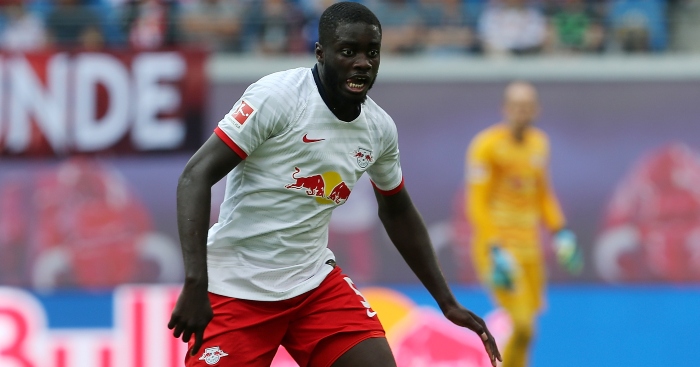 Manchester United spent much of deadline day scratting around for a right-winger but they couldn’t sign either Ousmane Dembele or Ismaila Sarr. Just like they failed to sign the four players Ole Gunnar Solskjaer really wanted.

The feeling around Dembele was that he never much fancied moving to Old Trafford anyway and Catalunya Radio have firmed that up. They suggest the France winger has it in mind to leave Barcelona but when he does – next summer, most likely – he wants to go to Juventus.

United could still sign Sarr if they really wanted to, which they clearly don’t. Premier League clubs can take players from Championship clubs up until October 16, but Goal reckons the Red Devils have no intention of rekindling their passing interest in the Watford winger before next Friday.

Dayot Upamecano was among Solskjaer’s four most-wanted but United never showed even the hint of intent to sign a centre-back. The Mirror, though, says the Red Devils are ‘in prime position to trigger his new bargain release clause’ next summer.

Then, it is claimed, the RB Leipzig defender will be available for £38million. United, Liverpool, Man City and Arsenal have all been linked with Upamecano, so why does the Mirror reckon Solskjaer ‘is in a good position’ to land the 21-year-old?

Because City and Arsenal signed centre-backs this summer – a reminder that United signed three between 2017 and 2019 – and, well, it doesn’t say why they should be considered as a more likely destination than Liverpool. Only that both clubs have started the season ‘a little shaky at the back’ and they ‘will be considering new centre-backs already’.

One per Premier League club: The ones that got away

Sergio Romero is hoping that he can still get away from United sooner rather than later. The goalkeeper often referred to as the best back-up in Europe got his back up on deadline day when a move to Everton fell through because United demanded a fee for the Argentinian.

Mrs Romero was pissed off too. But the keeper is eyeing an alternative escape route before January.

The Daily Mail says Romero fancies a move to MLS in the coming weeks. The window remains open there until October 29, but the story doesn’t actually mention any particular club as a potential destination. And United will probably still expect a fee.

West Ham are still keen to strengthen their squad despite the Premier League window closing on Monday. They made a small profit but still need a centre-back and the Evening Standard suggests the Hammers will scour the Championship for a midfielder too.

Norwich’s Todd Cantwell has been linked with Leeds but despite the player’s desire to move to Elland Road, the Canaries are said to be confident of keeping him from Marcelo Bielsa’s clutches.

West Brom too are looking back to the Championship for reinforcements. The Daily Mail says the Baggies are confident of signing Karlan Grant from Huddersfield for £17million.