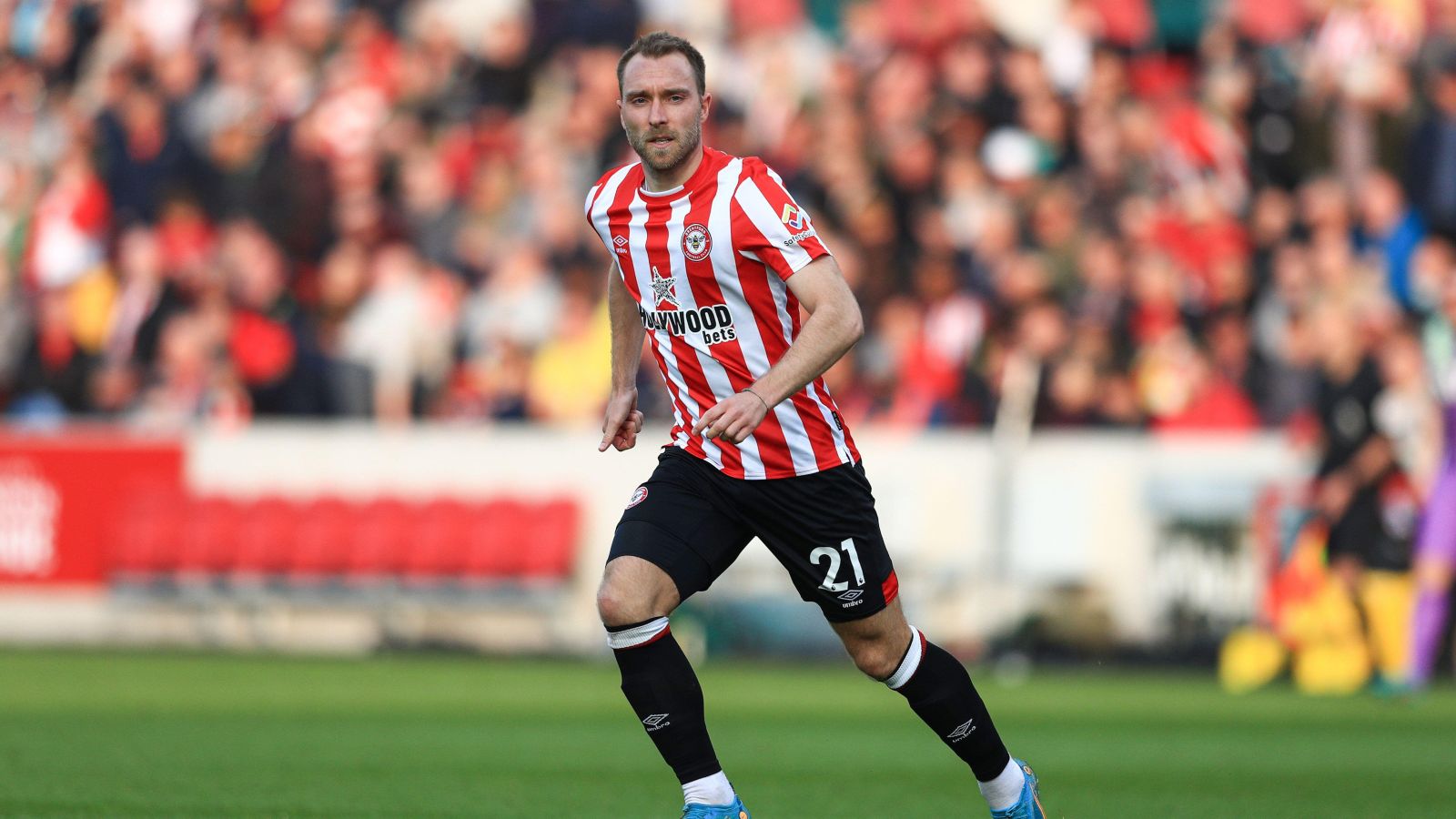 Brentford offered Eriksen a chance to play in the Premier League again at the end of January after he was released by Serie A giants Inter Milan. He returned to England just seven months after suffering a cardiac arrest while playing for Denmark at Euro 2020.

Eriksen has found some of his best form again since moving to Brentford with lots of speculation that he could make a big summer move to a team higher up the table. In particular, his former club Tottenham have been heavily linked over the past couple of months.

But now the Daily Star claim that Ten Hag – who will take over at Man Utd at the end of the season –  has added Eriksen to his ‘transfer wish-list’and believes he ‘would be the perfect signing to launch his revolution’. Eriksen will be available on a free transfer again in the summer after agreeing a short-term deal at Brentford which ‘makes him even more attractive to the Premier League elite’.

Man Utd could be without Champions League football next term as they continue to struggle in the Premier League but ‘Ten Hag is still optimistic of persuading Eriksen that his huge project to revive the fallen Premier League giants is a challenge worth taking on’.

GUNNERS TO MAKE THEIR MOVE
Arsenal are getting ready to offer a £50m package to persuade Roma to sell star striker Tammy Abraham, according to reports.

Abraham only made 12 Premier League starts for Chelsea last campaign under Thomas Tuchel and he decided he needed a move in the summer transfer window. Roma swooped in and bought him for £34m and have reaped the rewards this term with Abraham scoring 18 goals in all competitions for the Giallorossi.

Arsenal are on the lookout for a couple of new strikers in the upcoming transfer window with Alexandre Lacazette and Eddie Nketiah out of contract at the end of the season. And now the Daily Star insist that the Gunners are ‘ready to renew their interest’ in Abraham after Mikel Arteta was ‘desperate’ to sign him a year ago.

The north London club are currently leading the race to finish fourth this season with Arteta’s side now two points ahead of fifth-placed Tottenham and six points ahead of Man Utd. If they manage to secure Champions League football then the Daily Star adds that Arsenal will ‘present the Serie A outfit with a £50million offer once this season ends’ for Abraham.

It is claimed that Roma ‘might be tempted into bagging a quick profit’ and, despite Abraham being happy with life in Rome, he also ‘wouldn’t be averse to returning to London where he has family and friends’.

AND THE REST…
Man City are set to battle with Man Utd to sign West Ham midfielder Declan Rice…West Ham have joined the bidding for Torino striker Andrea Belotti…Tottenham could make a summer move for Bayern Munich star Serge Gnabry, a former Arsenal winger…Barcelona manager Xavi says he wants to keep Dutch midfielder Frenkie de Jong, who has been linked with a move to Man Utd…Leicester want to sign PSV Eindhoven midfielder Ibrahim Sangare…West Ham will attempt to sign centre-back Michael Keane from Everton if the Toffees are relegated from the Premier League this season.