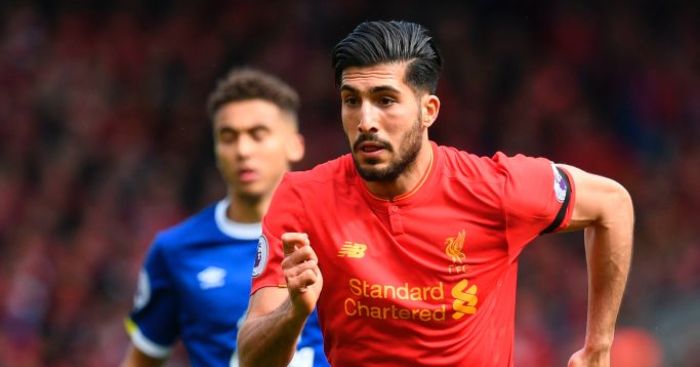 The Guardian say Manchester United ‘have baulked’ at Sporting’s valuation of £68m for a player they deem worth £38m plus add-ons.

BBC Sport say United ‘have not ruled out targeting alternatives,’ but ‘will only look at existing targets’.

The Daily Telegraph say United are ‘adamant they will not be held to ransom’, and are ‘perplexed’ at Sporting raising their demands ‘by about €5m to €80m’. The MEN use the word ‘baffled’ for the same reason.

Sky Sports say ‘no further discussions are planned for this weekend between the two clubs’.

The London Evening Standard say – as does every other outlet who received the email from Ed Woodward and happily regurgitated it without comment – that United ‘fear’ overpaying for their primary target in January would ‘set a dangerous precedent’ ahead of planned summer deals for James Maddison and Jadon Sancho.

All in all, it’s another laughable and lamentable set of excuses as to why United won’t be signing Bruno Fernandes. Some will choose to back United to lose even more frequently.

HEY JUDE, FT. EMRE
Who do they want instead? The Sun suggest that Jude Bellingham of Birmingham remains on their radar.

Some reports stated that a bid of £25m had been lodged for the 16-year-old recently but United are said to be ‘set to go up to £15m’ in pursuit of the midfielder.

Chelsea are also interested but the fact that Birmingham want him back on loan for the rest of the season and he is, well, a completely inexperienced teenager, means he is unlikely to solve their midfield issues immediately.

Buried at the bottom of this story, however, is an intriguing line: United are ‘ramping up their efforts’ to sign Emre bloody Can.

Juventus did not select the former Liverpool midfielder in their Champions League squad and have scarcely used him otherwise, yet insisted they wanted to keep him earlier this month.

There have even been suggestions that he would turn them down over his Liverpool ties, but The Sun say United are leading a queue of potential suitors wanting to sign him.

Their claim seems to come from Italian website SportMediaSet, who say Can is considering his future and was ‘happy’ to see AC Milan linked. Yet there is absolutely no mention of United and this supposed £30m bid whatsoever. Bizarre.

WANTED CAN
The Sunday Mirror make no such mistake. This is their story, their exclusive, and their suggestion that Everton want to sign Can for £30m.

Everton do ‘worry that Can’s past career at Anfield could be a problem,’ while saying Inter Milan would provide competition.

Carlo Ancelotti wanted the German international when he was at Napoli but was priced out of a move. He is back, he is at a club with considerably more money than sense, and he is desperate to show it.

AND THE REST
Liverpool will challenge Chelsea for 23-year-old RB Leipzig and Germany striker Timo Werner… Lille director of football Luis Campos has emerged as the top candidate to take up a similar role at Manchester United… Manchester City are preparing for PSG to make a huge offer for manager Pep Guardiola, if the Ligue 1 side sack Tuchel… Manchester United have lost out to Real Madrid in the race to sign Ajax and Netherlands midfielder Donny van de Beek, 22… Arsenal technical director Edu has met representatives of Athletico Paranaense defensive midfielder Bruno Guimaraes over a possible deal worth up to 30m euros (£25.6m) for the 22-year-old Brazilian… Crystal Palace have agreed a fee with Dundee United for 18-year-old Scottish winger Scott Banks… Atletico could move for Arsenal’s Alexandre Lacazette, 28, or Borussia Dortmund’s Paco Alcacer, 26, if they fail to sign Cavani… Newcastle United are close to signing 23-year-old Austria winger Valentino Lazaro on loan from Inter Milan, with a potential 20m euro (£17m) purchase option… Burnley are lining up a £10m move for Middlesbrough’s English centre-back Dael Fry, 22… Brighton manager Graham Potter will potentially go back to his former club Swansea to sign 23-year-old Kosovo midfielder Bersant Celina.