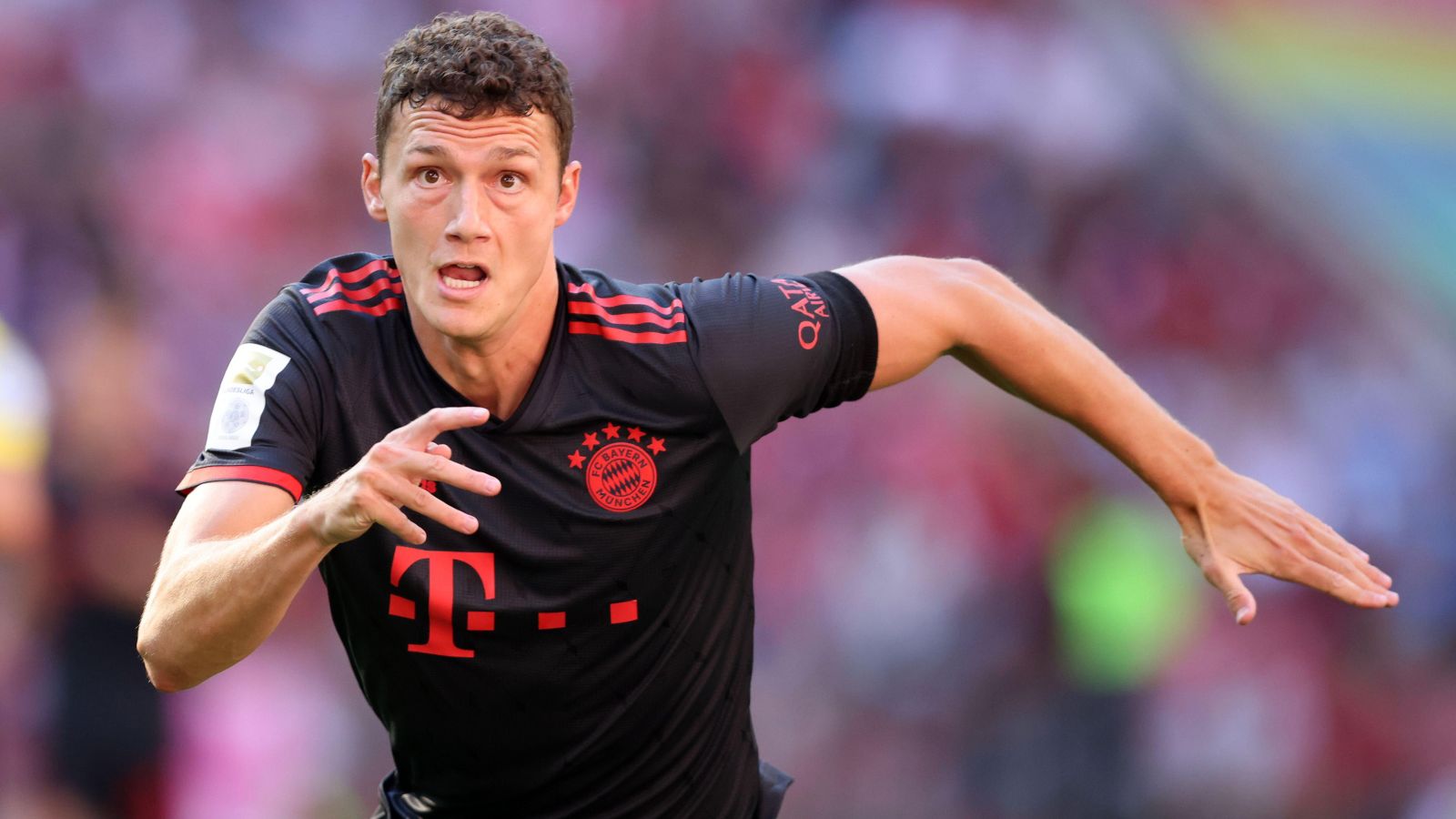 Man Utd have been flirting with a Frenchman, Liverpool are looking to the Premier League for midfield reinforcements and Man City will have £100m to spend in January…

FLIRTING WITH PAVARD
Man Utd continue to look to strengthen their squad this summer with Bayern Munich defender Benjamin Pavard one of their latest targets.

A report earlier this week claimed that the Red Devils had a bid ‘rejected’ for Pavard as their efforts to buy him were ‘in vain’ despite him being on their ‘recruitment list’.

Sky Sports Germany (via Sport Witness) insist that Man Utd were ‘one of the candidates’ to sign Pavard but his performances for Bayern Munich in pre-season have earnt him a spot in Julian Nagelsmann’s starting XI.

Journalist Marc Behrenbeck claims: “He will definitely stay in Munich. after he went to the bosses, there was another enquiry from Manchester United.”

Man Utd boss Erik ten Hag ‘flirted with’ Pavard until he realised that the transfer was ‘out of the question’ this summer. The Red Devils have so far brought in Christian Eriksen, Tyrell Malacia, Lisandro Martinez and Casemiro in the transfer window.

LIVERPOOL RAMP UP MIDFIELD HUNT
Liverpool are now in the transfer market for a new midfielder this summer despite hitting Bournemouth for nine on Saturday afternoon.

Speaking on Friday about possible additions before the end of the window, Klopp said: We are working constantly on these things. Sometimes it’s expensive, sometimes not the right player, but we’re working. If something will happen or not, I don’t know.”

Liverpool were likely to leave any business until next summer, with Borussia Dortmund’s Jude Bellingham their long-term target, but injuries and a poor start to the season have persuaded the club to act.

Liverpool have been doing their ‘due diligence on the current market’ and will make their mind up on a number of targets over the next few days.

MAN CITY’S HUGE JANUARY BUDGET
Man City will allow Pep Guardiola to spend £100m in January if the Spaniard finds someone he likes after the winter World Cup, according to reports.

The Citizens have started the season in positive style with ten points out of a possible 12 so far with speculation that they are done for incomings this summer.

However, The Sun claims that Guardiola ‘can go on a £100m shopping spree in January if anyone catches his eye at the Qatar World Cup’ as there will be ‘no late arrivals before the transfer window closes on Thursday’.

The Spaniard has been ‘reassured major funds will be available if he wants reinforcements in the next window’ after raising a lot of money through the sales of Raheem Sterling, Gabriel Jesus and Oleks Zinchenko this summer.

AND THE REST…
Ajax are demanding that Man Utd pay £84.8m for Brazil winger Antony…Ajax will approach Aston Villa about signing Anwar El Ghazi as replacement for Antony if he leaves for Old Trafford…Man Utd striker Anthony Martial is set for talks over a contract extension, just months after his Old Trafford career seemed over…Tottenham defender Sergio Reguilon is close to sealing a loan move to Atletico Madrid…Martin Dubravka has told Newcastle that he wants to leave the club and join Man Utd…Aston Villa have reached an agreement to sign Southampton centre-back Jan Bednarek.