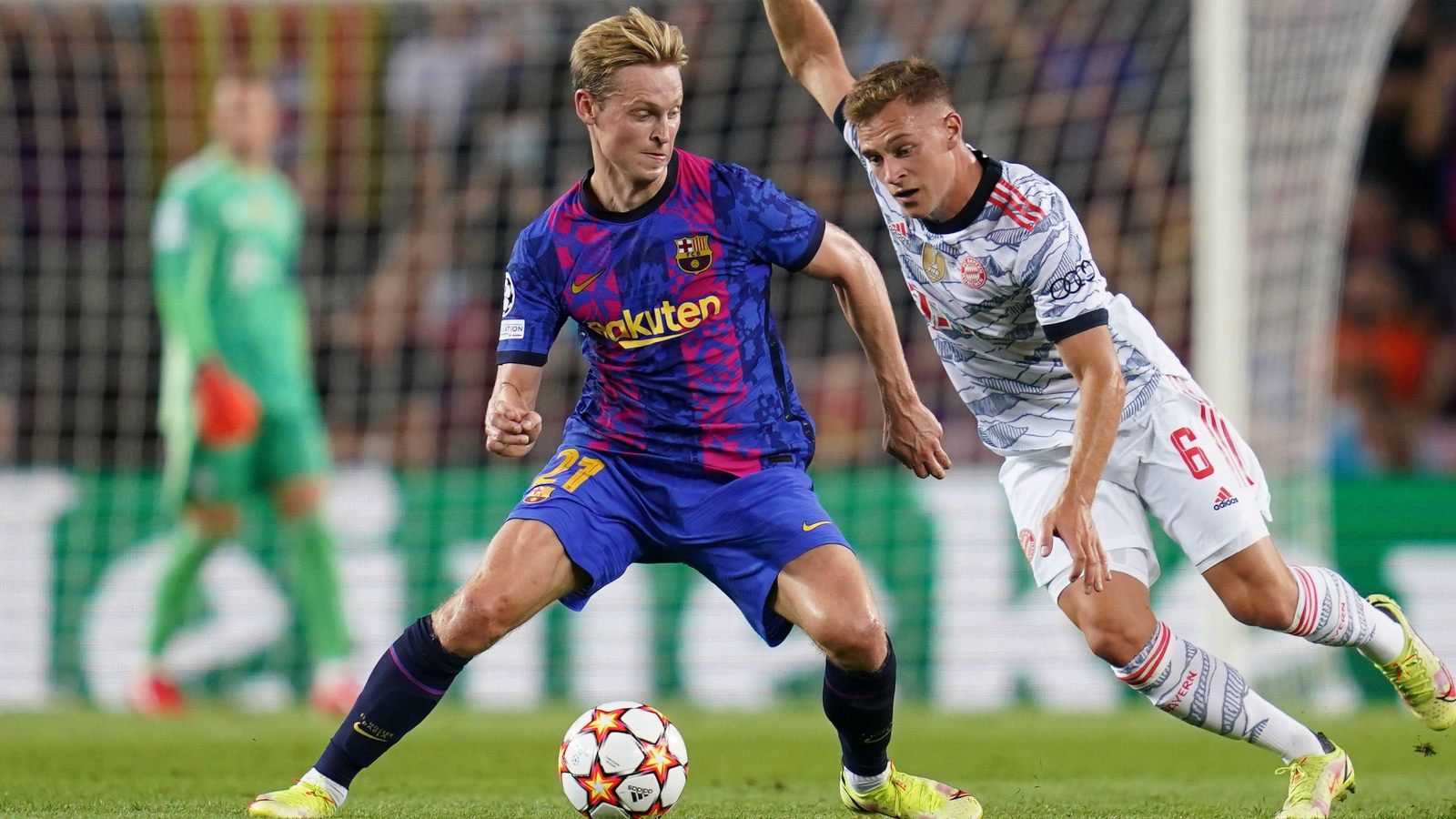 Manchester United target Frenkie De Jong would prefer to join Bayern Munich if he really must leave Barcelona, who are rivalling Chelsea for a centre-back…

CHELSEA BATTLING BARCA FOR KOUNDE
With Nathan Ake staying at Manchester City, Chelsea are being linked yet again with a move for Jules Kounde.

The Sevilla centre-back has been a Blues target seemingly since the dawn of time and The Mirror suggests they remain in pole position.

That is despite renewed interest from Barcelona, whose accountants must be the most creative in the business.

Marca says Barca are keen to land Kounde this summer having already signed Raphinha and Robert Lewandowski in big-money deals as well as Andreas Christensen and Franck Kessie for free.

DE JONG MUCH PREFERS MUNICH TO MANCHESTER
To make life a little simpler for their accountants, Barca really need to shuffle Frenkie De Jong through the door, despite the Holland midfielder showing absolutely no desire to leave the Nou Camp.

Manchester United are desperate to sign De Jong, and Chelsea have been linked too. But the 25-year-old seems determined to stay at the Nou Camp, at least until Barca pay him the owe they owe him in deferred wages.

Marca says De Jong wouldn’t consider the Premier League unless he received an extraordinary offer from a London club. He would, though, be open to hearing what Bayern Munich have to say. The appeal of Bayern centres around ‘the style of play, the proximity to Holland (Manchester is closer to Amsterdam than Bavaria, by the way), and the real prospect of winning the Champions League’. The prospect of playing with his mate Matthijs De Ligt is also a factor.

If United finally have to accept defeat over De Jong, then the Express says Wolves midfielder Ruben Neves is their preferred alternative.

Martinez done: The 11 players Man Utd signed from the Eredivisie & how they fared

CITY RENEW CUCURELLA INTEREST
With Oleksandr Zinchenko seemingly heading to Arsenal, Pep Guardiola will allow himself his favourite indulgence… splurging on a full-back.

Zinchenko is set to leave City for around £30million, and The Sun says Guardiola will react by upping his pursuit of Marc Cucurella.

The fee could be a problem, however, with Brighton, not unreasonably, looking for for something in the region of £50million for the Spaniard they signed a year ago for £15.4million.

LEEDS DEMAND £35M FOR NEWCASTLE TARGET
City could have another £5million to throw in Brighton’s pot if Newcastle meet Leeds’ valuation of Jack Harrison.

The Magpies are keen to land Harrison this summer and, according to The Mirror, they have been quoted £35million by Leeds.

Leeds are motivated to get top dollar for the winger since 20 per cent of whatever they profit they make on the £11million they paid last summer will get straight into City’s coffers.