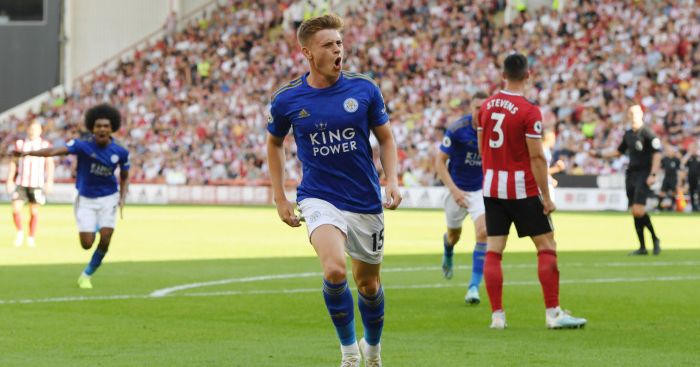 Man Utd could sign another Englishman instead of Jadon Sancho, while Chelsea are interested in a goalkeeper…

SANCHO ALTERNATIVE
Man Utd are keeping an eye on Leicester City winger Harvey Barnes as a possible alternative to Borussia Dortmund’s Jadon Sancho, according to reports.

Sancho was heavily linked with a move to the Red Devils in the summer but with Dortmund unwilling to accept an offer less than £108m, a deal could not be agreed. However, the England international has had a dip in form this season and Man Utd are considering other cheaper options.

The Sun claims that Man Utd are ‘keeping tabs’ on Barnes ‘as a possible transfer alternative’ to Sancho, with the Leicester man impressing scouts who have been ‘watching him closely’. Ole Gunnar Solskjaer ‘is also a fan of Barnes’ and the Red Devils ‘could be tempted into making a move’.

The 22-year-old has five goals and one assist in all competitions this season, helping the Foxes to fourth place in the Premier League table. Leicester are said to value Barnes at around £60m, however they ‘would refuse any approaches for one of their star men in January’.

The Sun adds that: ‘United have around £30m to spend when the transfer window opens, plus any money made from player sales and loans deals.’

CHELSEA ‘TESTED THE WATERS’
Udinese goalkeeper Juan Musso was one of the names Chelsea were considering before they brought Edouard Mendy to the club, according to reports.

Senegal stopper Mendy joined Chelsea for £20m from Rennes in the summer with Kepa Arrizabalaga struggling for form last season. The 28-year-old has kept nine clean sheets in 12 outings since moving to Stamford Bridge and the purchase already looks like a great decision by their recruitment department.

However, Mundo Udinese (via Sport Witness) claims that Musso was one alternative that Petr Cech had on his list of goalkeepers. The report claims that Chelsea are still interested with Udinese preparing to lose the Argentine stopper.

The Italian website reckons Musso – who is valued at around £30m – ‘will probably be sold at the end of the season’ with Chelsea having ‘tested the waters’ alongside Italian giants Inter Milan and Ligue 1 oufit Paris Saint-Germain.