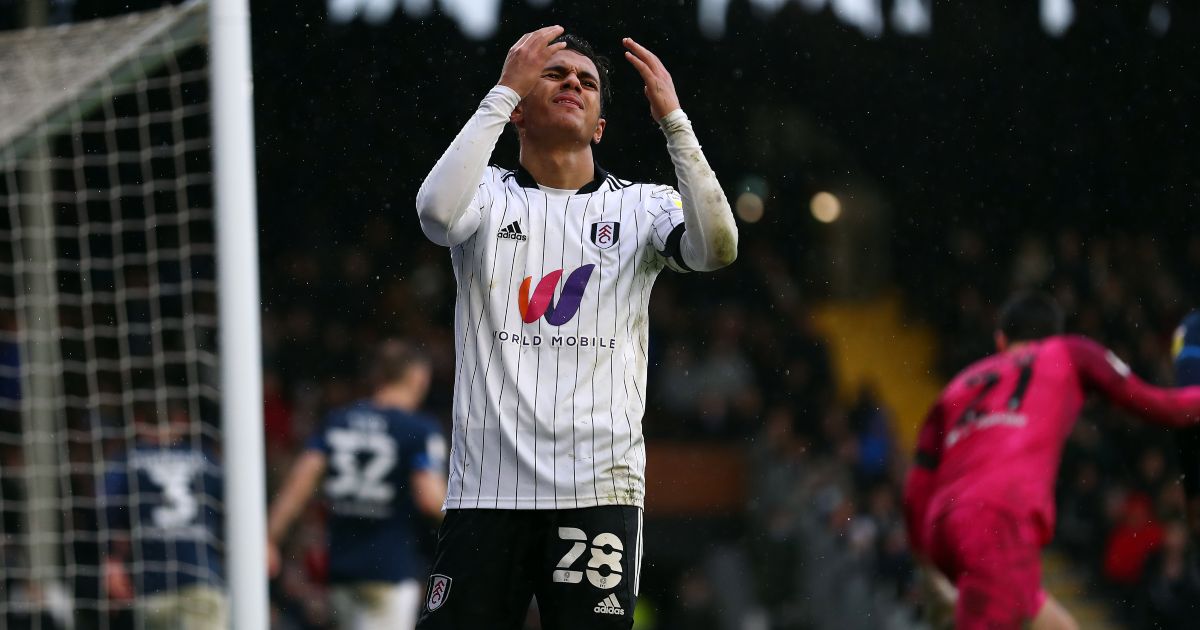 Man Utd are looking to beat Liverpool to signing of a Championship attacker, while Arsenal are linked with a Spanish striker…

CARVALHO TO OLD TRAFFORD?
Man Utd are reportedly stepping up their interest in Fulham attacker Fabio Carvalho after a move to Liverpool in January collapsed.

The Reds still have a good chance of landing Carvalho in the summer with his contract running out at the end of this season but they could now face competition from other clubs, including arch-rivals Man Utd.

The Daily Star claims Liverpool’s attempts to take Carvalho to Anfield are now ‘under threat’ from Man Utd with sources telling the newspaper that the Red Devils ‘are now planning a hijack bid this summer in a last-ditch attempt to stop him heading to Anfield’.

Arsenal, West Ham and Tottenham were also interested but ‘are resigned to losing out’ with Liverpool and Man Utd favourites to land the 19-year-old.

MORATA TO TRY HIS LUCK IN THE PL AGAIN?
Arsenal are still keen on signing Juventus striker Alvaro Morata in the summer, according to reports in Italy.

The 29-year-old played for Chelsea between 2017 and 2020 after the west London club paid around £60m to sign him from Real Madrid. He scored 24 goals in 72 outings for the Blues but it never really worked out for him at Stamford Bridge and he left for Atletico Madrid.

Since then, Morata has spent the last two seasons on loan to Juventus, where he has scored 28 goals in 77 appearances for the Old Lady, but the arrival of Dusan Vlahovic has seen him pushed down the pecking order.

And now Calciomercato reckon he could leave Atletico for Arsenal in the summer transfer window as he is ‘not part of [Diego] Simeone’s plans’ at the Wanda Metropolitano. It is understood that he ‘likes’ the option of playing for the Gunners and wants the role of ‘second striker’ in Mikel Arteta’s system at the Emirates Stadium.

Juventus could yet start an offensive to keep him in Turin permanently as Max Allegri is a fan of Morata with the Serie A side having the option of signing him in the summer for €35m. But Calciomercato reckon Juve are now only willing to pay €15m plus bonuses for him.

AND THE REST…
Manchester City are set for contract talks with England international Raheem Sterling at the end of the season – but may decide to sell the 27-year-old forward if he does not agree a new deal…Chelsea have told Cesar Azpilicueta they will wait for the 32-year-old to decide where his future lies…Diogo Dalot is in line to extend his stay at Manchester United, leaving the future of Aaron Wan-Bissaka in serious doubt…Manchester United will also not stand in Cristiano Ronaldo’s way if the 37-year-old demands to leave at the end of the season…Leeds United manager Marcelo Bielsa is set to walk away from the club in the summer after saying it is impossible to compete in the Premier League without total commitment.