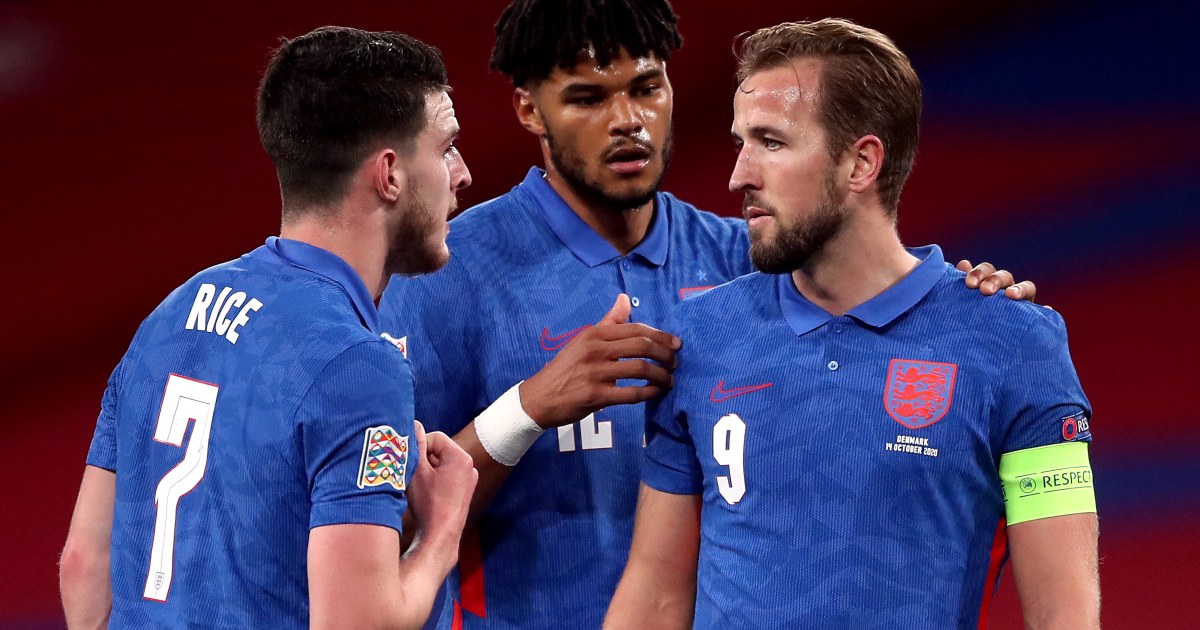 With Jadon Sancho set to sign as soon as today, Man Utd will now work through their list of other targets. There are a few…

MAN UTD TO FOLLOW SANCHO WITH THREE MORE
With Jadon Sancho heading to Manchester United, Ole Gunnar Solskjaer will apparently now begin working through his list of other targets…

The signing of Sancho from Borussia Dortmund could be announced as soon as today, according to Bild, while other outlets report that the England winger has asked for the no.7 shirt that currently drapes over Edinson Cavani’s back.

Despite Cavani’s fine form, signing another centre-forward remains among Solskjaer’s priorities. The Guardian says a striker, a defensive midfielder and a centre-back are all wanted by the Red Devils this summer.

West Ham midfielder Declan Rice, Villarreal defender Pau Torres and Tottenham hitman Harry Kane ‘head the manager’s list for the respective positions’ but to land all three would require an outlay of between £250million and £300million in addition to the £73million already spent on Sancho.

UNITED AMONG FOUR IN FOR GERS DEFENDER
In the Guardian report listing Solskjaer’s fantasy signings, it is claimed that Kieran Trippier remains a target. But with Atletico Madrid digging their heels in over a fee, United may shelve their pursuit of a right-back or look elsewhere.

One option is named by 90min as James Tavernier. The Rangers right-back was on fire last season, scoring 19 goals – just over half were penalties – and laying on 16 assists.

Despite the former Newcastle defender having signed a new contract at Ibrox in April, United are said to be among four clubs eyeing up a possible move. Also sniffing are Arsenal, Brighton and Norwich.

ARSENAL EYE CUT-PRICE AUSTRIA STAR
Arsenal and United are also fighting over Ruben Neves, says Eurosport. But the Gunners have eyes too on Marcel Sabitzer.

The Austria midfielder is set to leave RB Leipzig this summer as he moves into the last 12 months of his deal. Bild reports that Leipzig will accept £15million for Sabitzer, making the 27-year-old around £20million cheaper than Neves.

The Gunners have competition, though, with AC Milan and Roma also keen on Sabitzer.

MBAPPE TO RESIST PSG OFFERS
Kylian Mbappe is officially now in the final year of his contract with PSG. And, apparently, he has no intention of signing another.

It is reported by L’Equipe that Nasser Al-Khelaifi has pulled rank over sporting director Leonardo to take over negotiations with Mbappe over new terms. But the PSG president appears to be p*ssing in the Paris wind…

Mbappe is reported to be refusing to pen new terms and while the France star hasn’t demanded a move this summer, he will wait for a year to move as a free-agent in a year’s time.